Bloom has created a new identity for for soft drink Drench, creating both graphics and structural designs for the re-launch of the Britvic brand.

The new design includes changes to the previous logotype, illustration style and bottle structure and, according to the consultancy, intends to offer a “simple, intuitive, appealing” choice for 30+ adults.

Drench was redesigned in 2012 by Slice Design and again in 2014 by Identica.

Ed Hayes, head of planning at Bloom, says: “We have the refreshment cues at the top which are then transformed into a flavour. We wanted to give them depth and the fact they flick up at the end to hold the fruit shows that there’s real juice content in the drink.”

He adds: “The most important thing to get from the illustration style is an effortless flow intended for an adult audience.”

In order to stand out from other brands in the category, which tends to feature more rounded bottles, the Bloom design team chose a “tall and proud” structure.

Hayes says: “This structure allows more space for liquid to shine through and it was also important to have quite a wide mouth.”

In order to design for its audience, Bloom chose lower-case typography, which intends to be “adult without being stark or sterile”.

Hayes says: “We had a fantastic brand to work with and we wanted to give it respect through a grown-up typography.

“The typography flows from letter to letter to provide a flow and liquid feel but also the consumption occasion which is a break from work.”

The Drench project is another example of Britvic looking to Bloom to redesign one of its brands, after the design consultancy was chosen to rebrand Robinson squash last year.

The new design will launch mid-April 2016. 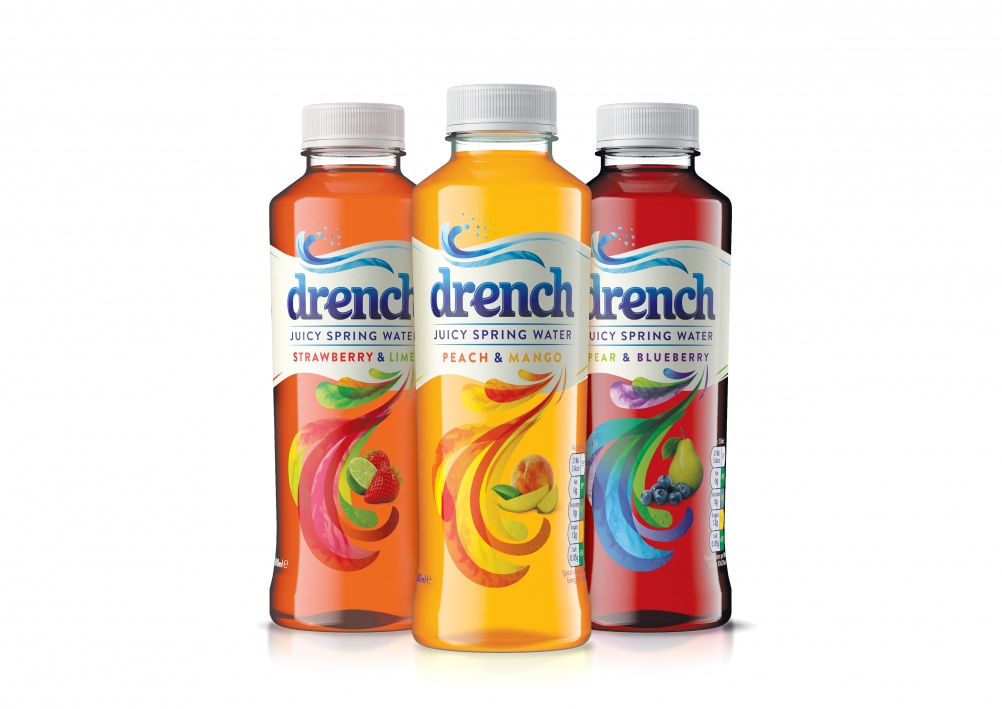