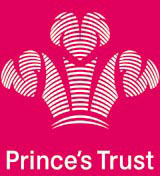 The Prince of Wales’ charitable organisation, the Prince’s Trust, this week introduces a revamped identity designed by Wolff Olins, as part of ‘wide-sweeping changes’ at the youth charity.

The work, the culmination of a 12-month project by the group, encompasses the trust’s logo and a series of visual icons. It will be rolled out across the charity’s website, stationery and signage over the next six months.

The updated identity removes the definite article, and refers to the charity as simply Prince’s Trust.

According to Prince’s Trust senior marketing manager Paul Brown, the new look is part of broader changes at the charity, and is a bid to reach young people who have ‘slipped through the net’.

‘We’re changing our entire communication style – the way we speak and the language we use. We only exist to help young people overcome their problems and many of those who need us the most have low basic skills,’ explains Brown.

He says Wolff Olins was briefed to avoid institutional language and to adopt a more ‘distinct, clear, graphical’ way of communicating with 14- to 30-year-olds.

‘We wanted familiar, easy-to-read [icons] that will challenge young people to think about their situations, what’s stopping them from achieving their goals – and ways in which the Prince’s Trust might be able to help them,’ he adds.

Wolff Olins lead consultant Nikki Jones says the group strove to create shorthand icons that are ‘as powerful visually as they are verbally’.

The group won the work a year ago after an unpaid credentials pitch. Wolff Olins creative director John Besford was creative lead on the project.

The Prince’s Trust was founded in 1976 by the Prince of Wales and offers young people a range of opportunities which include training, personal development, business start-up support.