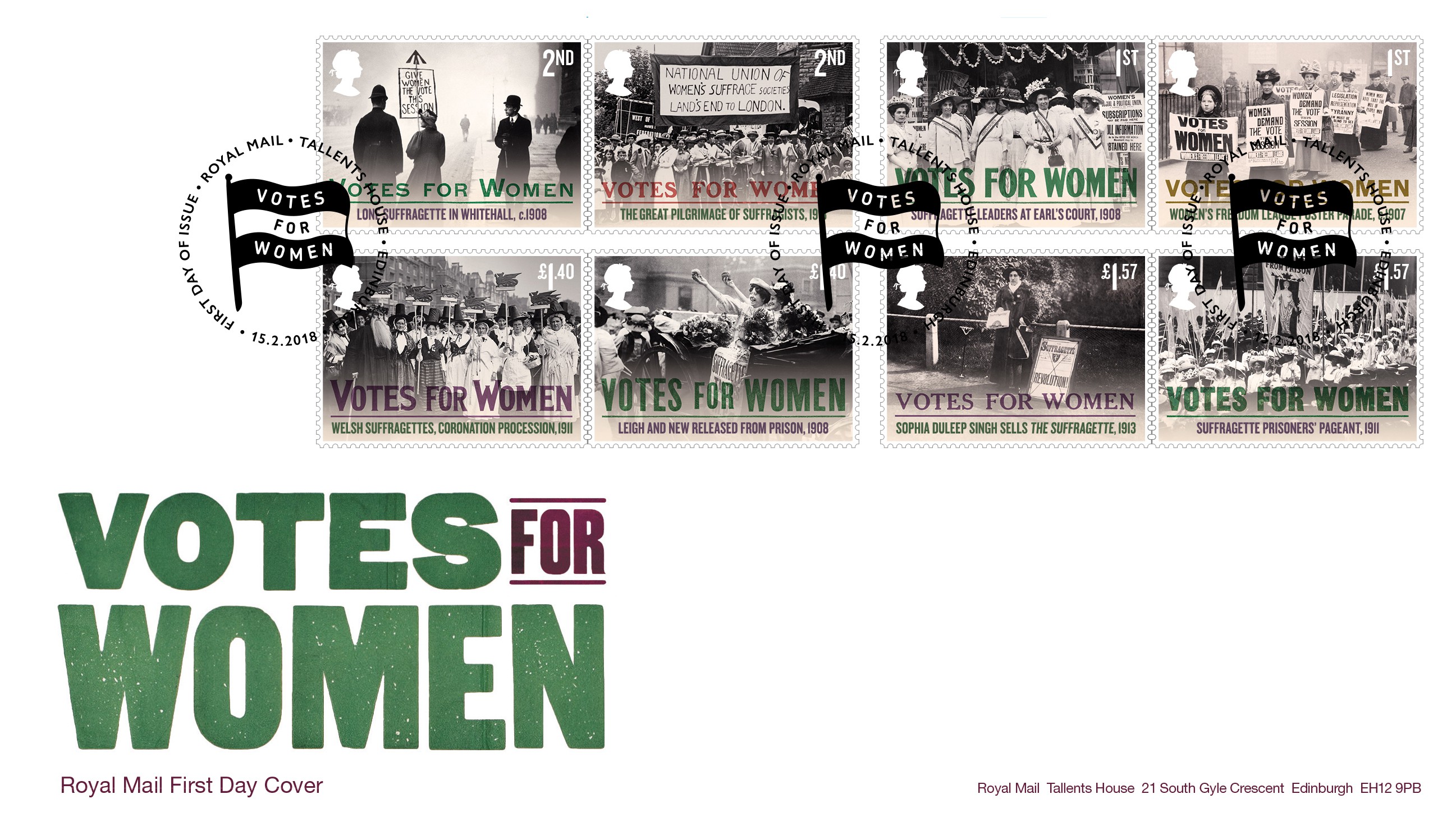 Supple Studio has designed a set of eight stamps marking the centenary of some women being given the vote for the first time in the UK.

On 6 February 1918, the UK Parliament passed the Representation of People Act which reformed voting rights and gave women over 30 the right to vote for the first time. Ten years later, in 1928, women aged 21 and over were given the vote.

The stamps depict and celebrate the campaign activities and public actions undertaken by the women who were fighting to win the vote.

Scenes captured in the stamps include a protest at the Coronation Procession of 1911 and the Great Pilgrimage of suffragists in 1913.

Some stamps feature individuals who were part of the movement, such as Princess Sophia Duleep Singh, daughter of an Indian maharaja, as well as suffragettes Mary Leigh and Edith New, and a group image of Mabel Tuke, Christabel Pankhurst, Emmeline Pethick-Lawrence and Annie Kenney.

All of the stamps are compositions of original photos with a typographic “Votes for Women” banner written at the bottom of each above an explanatory line of text.

The typography is lifted from posters, flyers, newspapers and adverts produced by suffrage movement campaigners according to Supple Studio designer Katie Cadwallader, who took the lead on the project.

“We wanted to capture the grassroots nature of the movement but also acknowledge their recognition of the power of a consistent message and colour palette – the synonymous purple, white and green,” says Cadwallader.

The protest look and feel can be seen most clearly on the First Day Cover. A postmark protest flag has also been created.

Cadwallader worked with experts at the Museum of London and LSE, gathering material for the stamps.

Choosing what to include was the hardest part of the project for Cadwallader who says they wanted to show the breadth of the movement, so included stories such as “the Welsh women who sent a goat on a train to London to be part of a parade.”

She also included Sophia Duleep Singh, “who believed being an activist was more important than being a Princess, and the many nameless women who walked the streets at night, taking care to walk in the road so they wouldn’t be arrested for obstruction”. 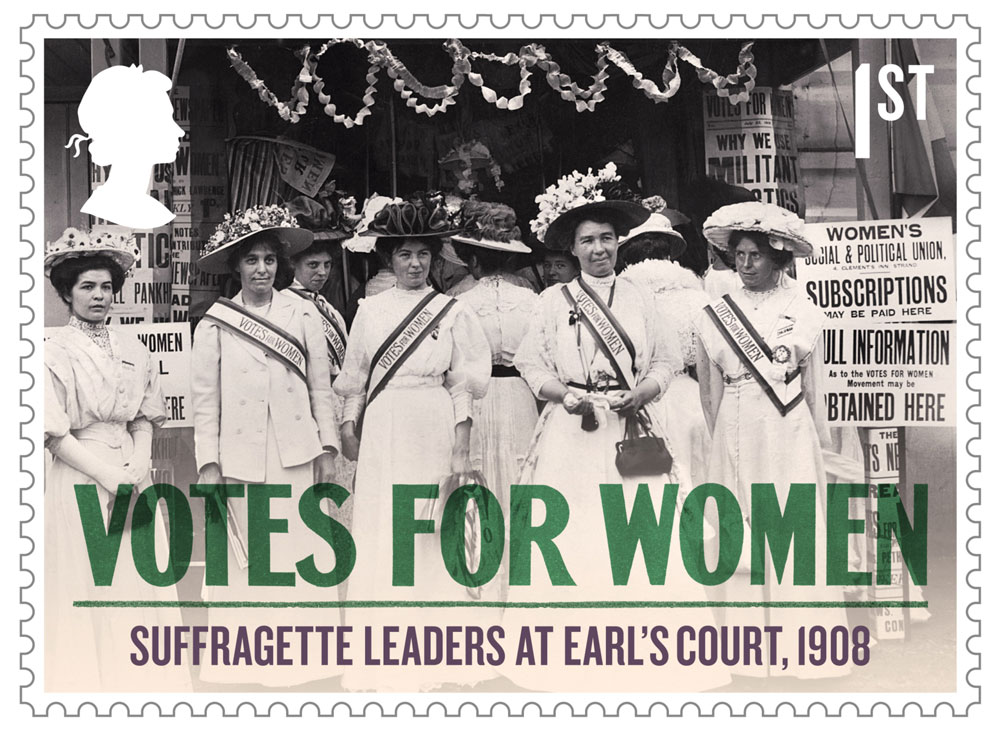 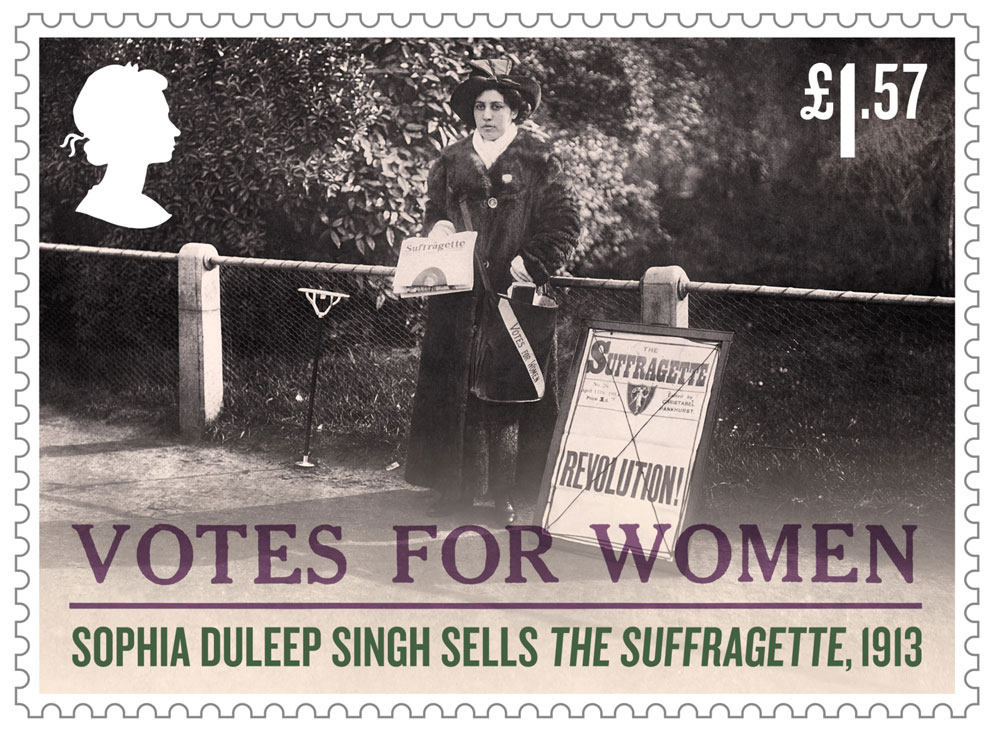 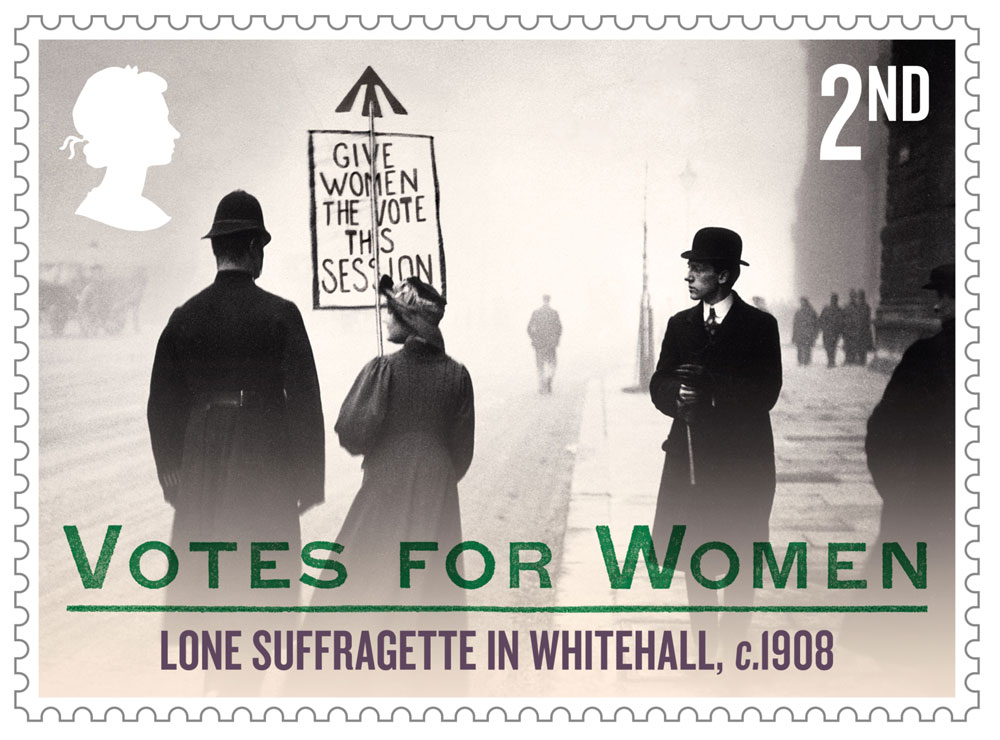 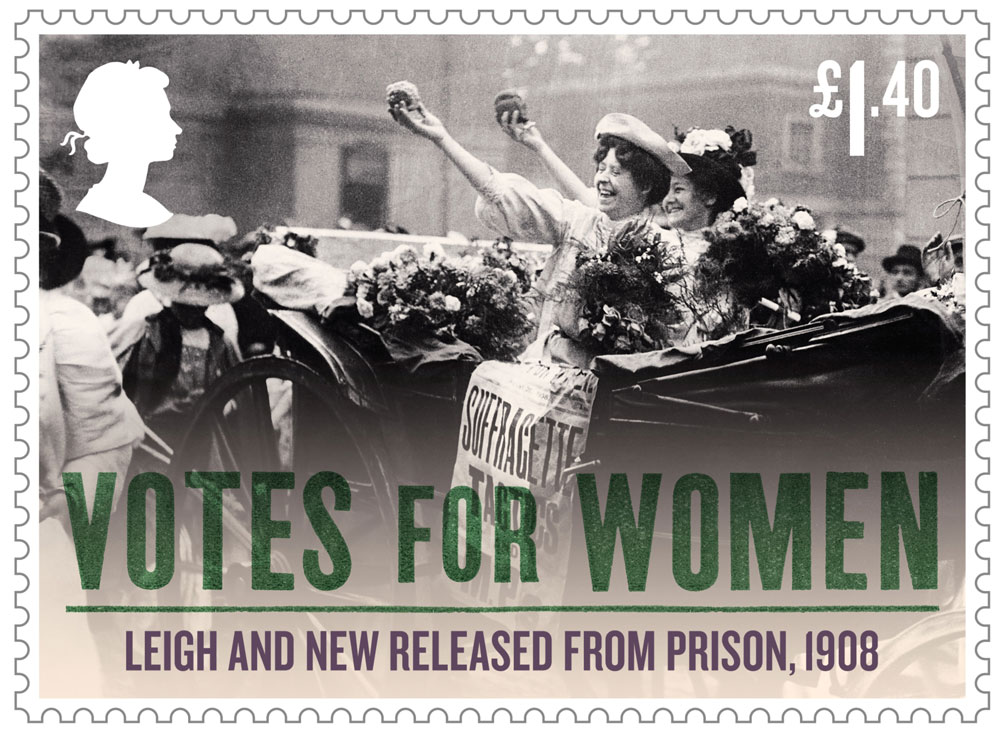 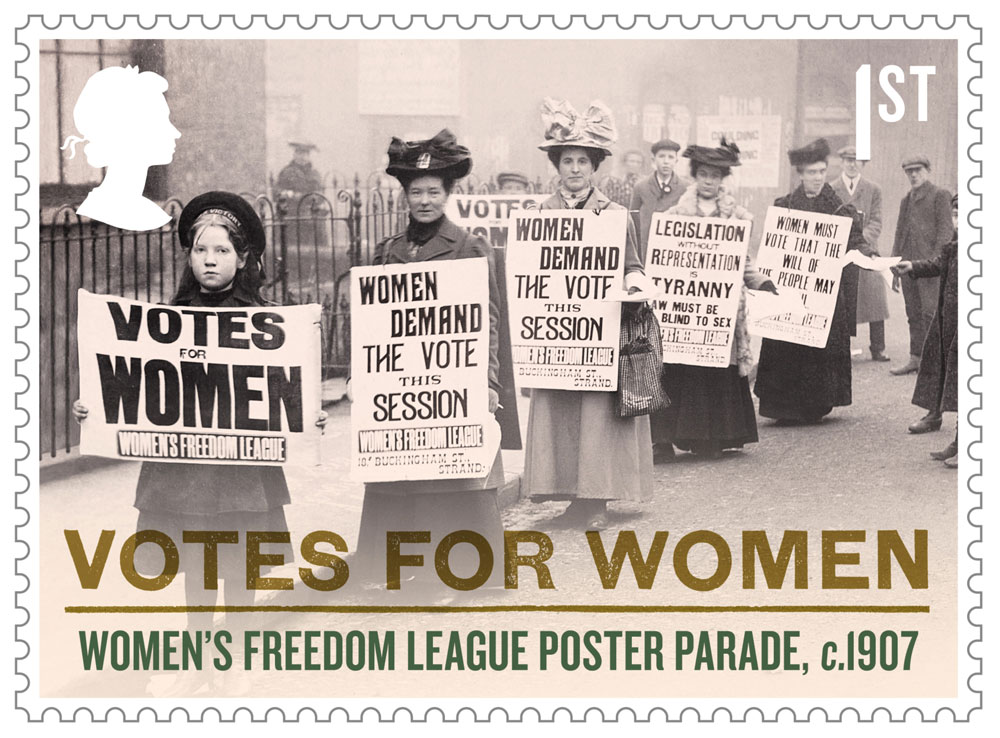 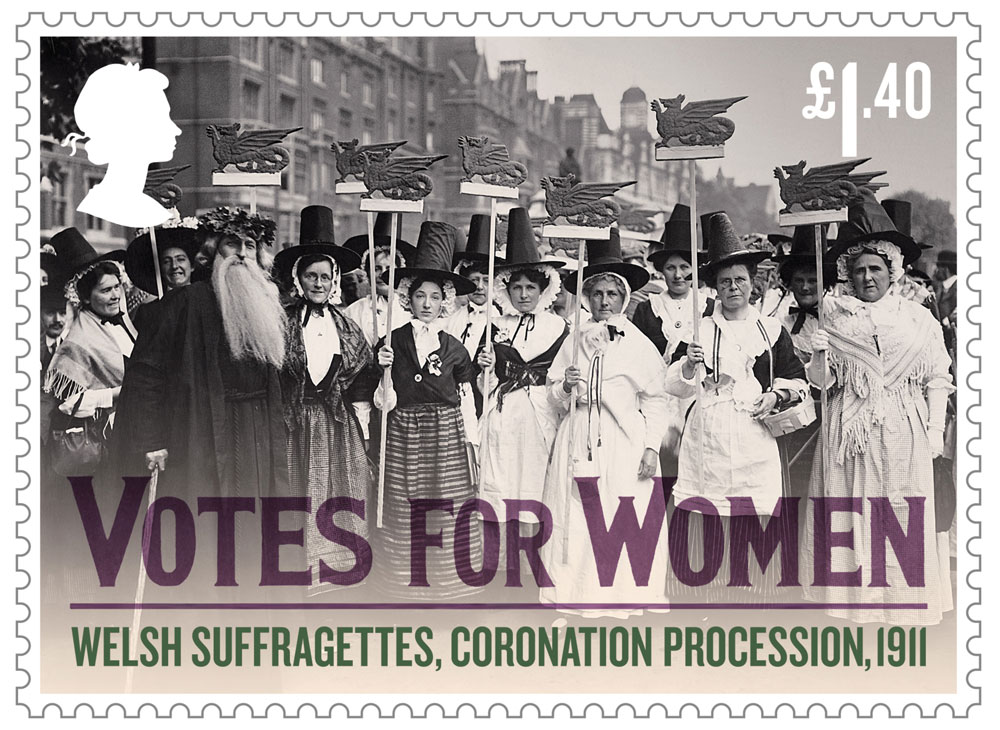 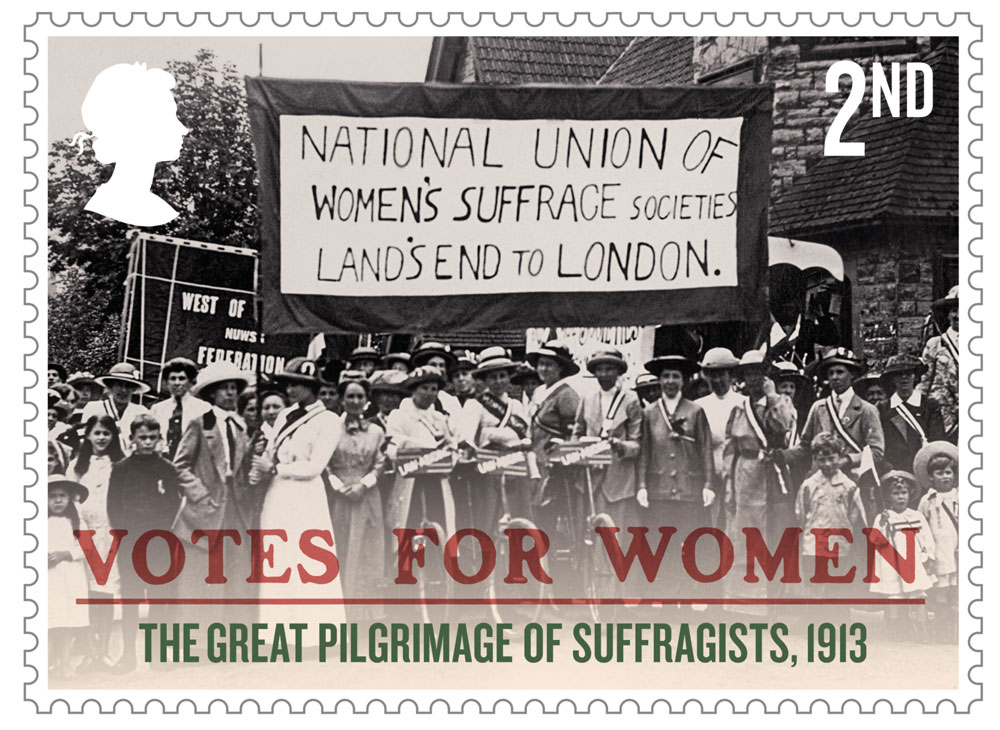 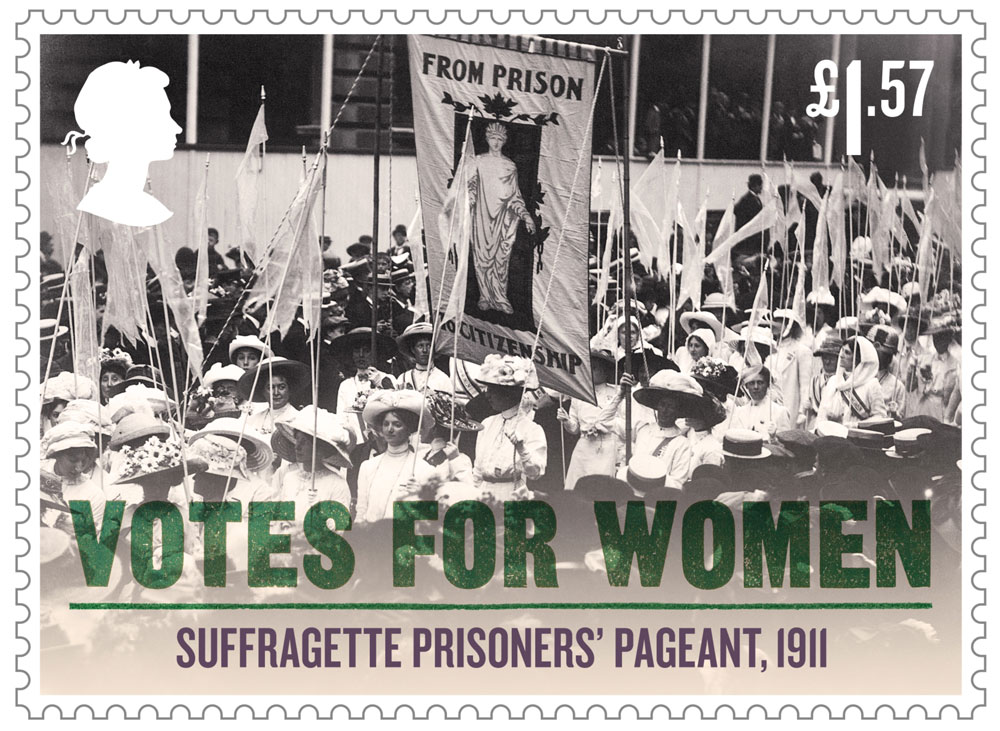 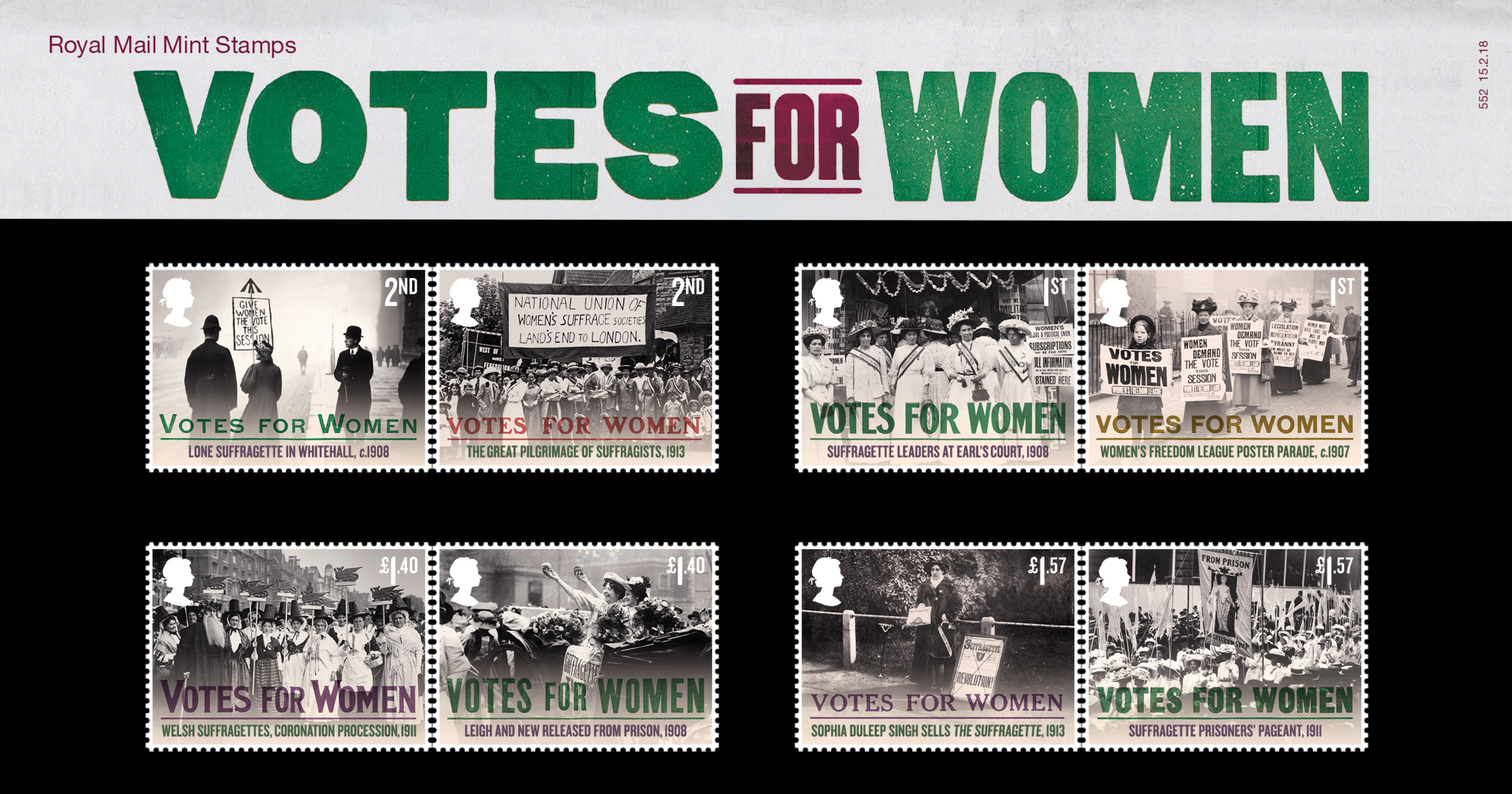 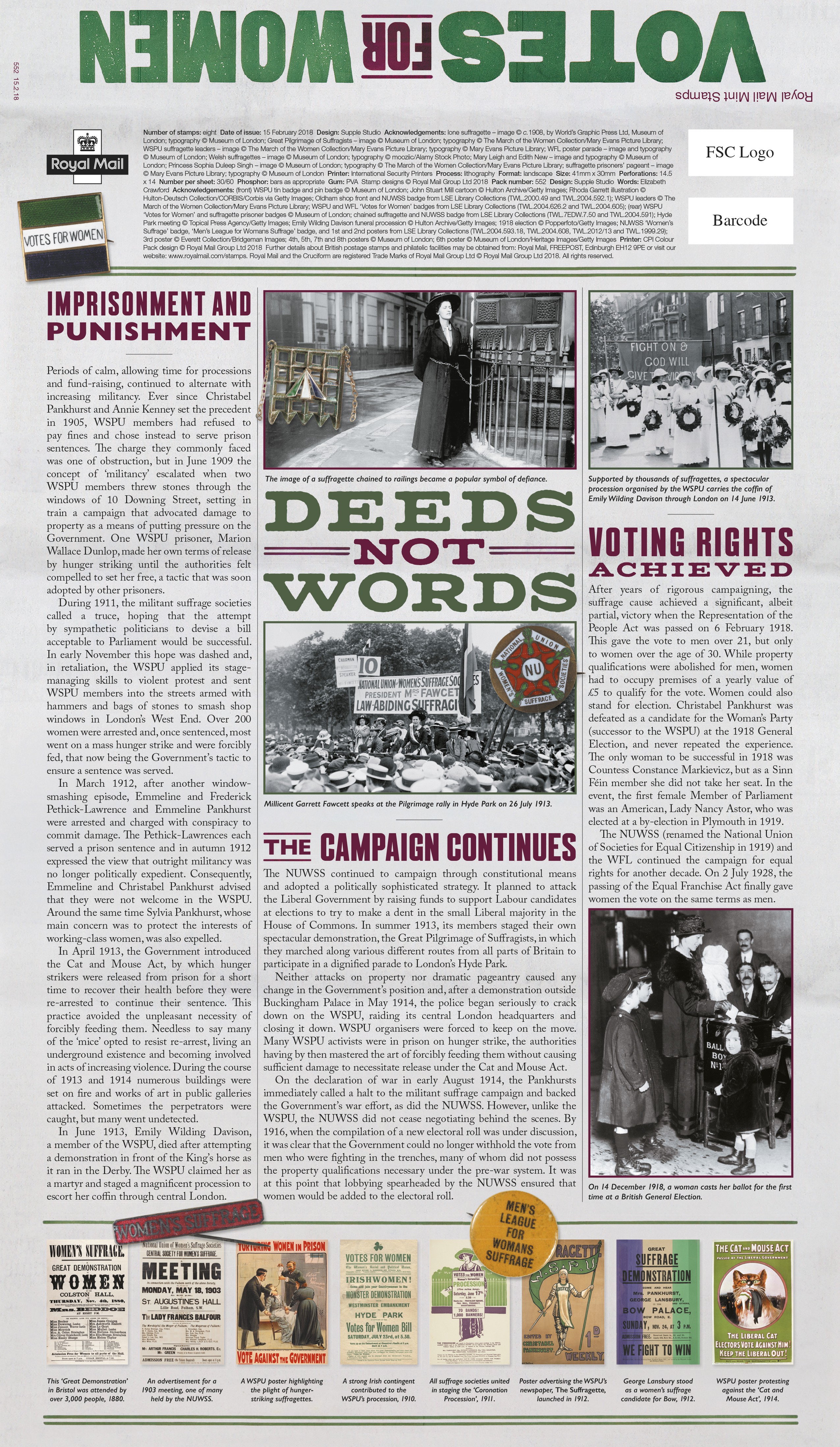 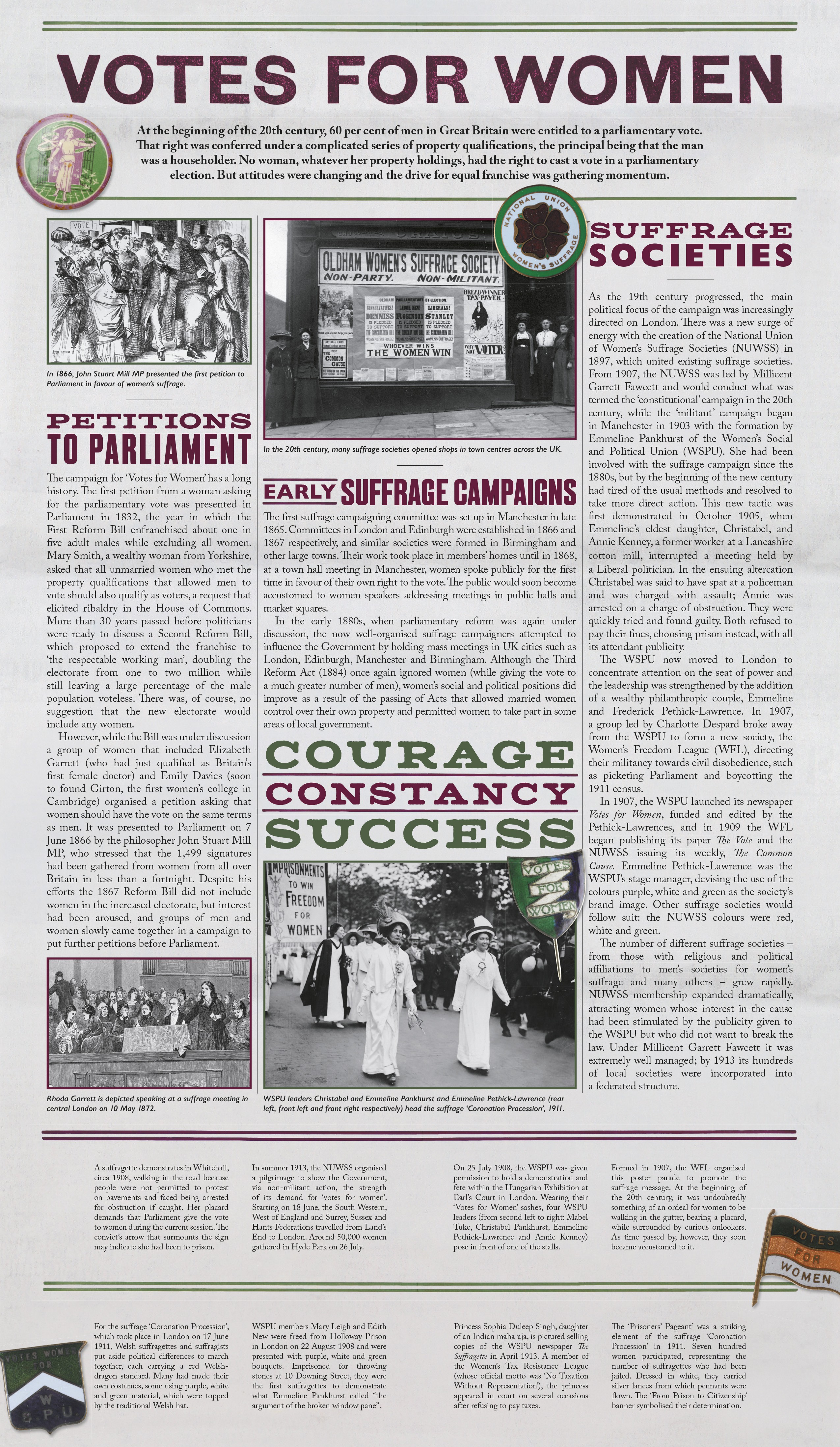