Software developer Jason Scott is curating the project, which is hosted on the – rather vast sounding – Internet Archive.

It’s all quite experimental and there’s a beta disclaimer at the top of the site, so you’ll find that some games work better than others.

Still, as archives go this is a particularly lively and interactive one and it’s a one-stop-shop for reminding yourself what ‘80s and ‘90s gameplay was like.

It probably goes without saying that the look and the colours are very evocative of their time and of more recent ‘80s and ‘90s revivals.

The cyan and magenta tones of this Crazy Cars game reminded us of the film Drive. 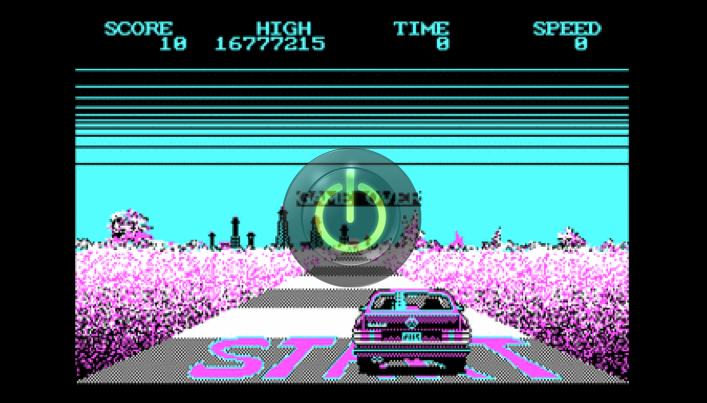 It’s worth pointing out the branding and tone of voice of some of the games – unapologetically brash and epic. On the first page we found: Curse of the Azure Bonds; Bedlam 2 – Absolute Bedlam; Castle Wolfenstein;  Pool of Radiance; Space Rogue; and Panic in Cobra City – Cobra Mission.

It’s a clumsily pixelated timewasters paradise which you may just find inspirational.