Checkland Kindleysides has unveiled the branding for Morrow, the company behind the “world’s first” range of autofocal eyewear.

Morrow’s mission is to “revolutionise” the world of prescription glasses, according to the brand. Its patented technology has been in development for the last five years, and is comprised of a thin layer of “Active Liquid Crystal” between two lenses.

This set up allows wearers to see “at every focal range”, by switching “at the click of a button” between the two settings depending on if the situation calls for near-sight or far-sight. Using glasses like this could negate the need for bi-focals or separate pairs of glasses, Morrow says. 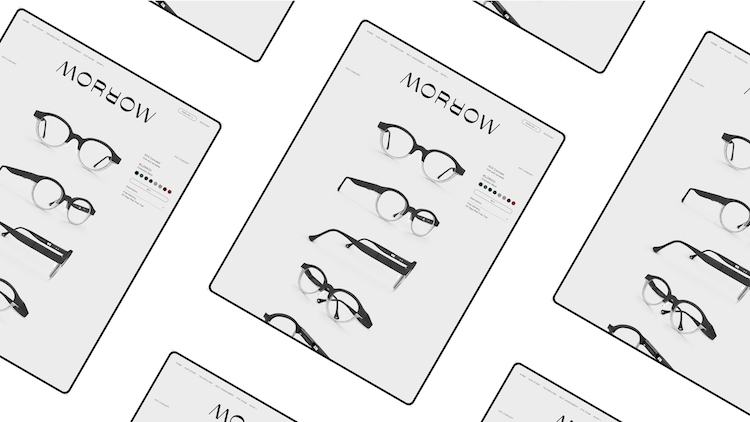 “We saw so much potential”

Morrow and Checkland Kindleysides have worked together since the early stages of the project. “We saw so much potential,” explains principal creative Ewart Wade O’Connor.

This lengthy partnership has allowed the team to develop “the complete brand and communications strategy, identity system and activation” to bring Morrow to the market.

The brand has been targeted at over-45s, but O’Connor says consideration for the over-65 market had to be given too. This is because of the risks associated with poor eyesight at an older age. 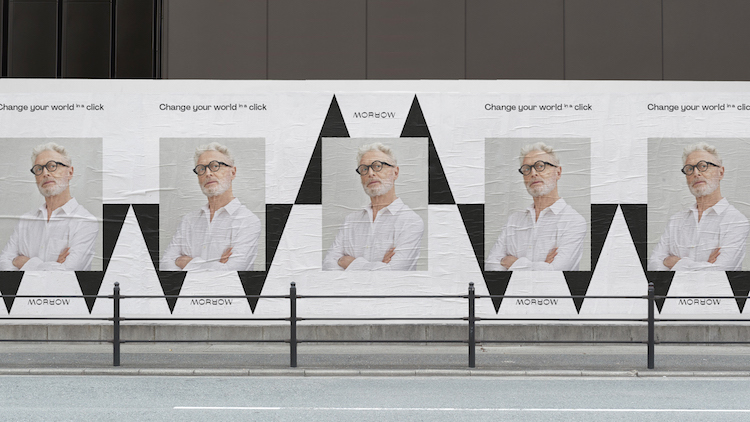 “Something that makes you look again”

The “language of vision” has inspired all elements of the brand, O’Connor says. And throughout the project, he says the work has been underpinned by a “playful expression of the brand”, which Checkland Kindleysides extrapolated early on: “There is ‘Mor’ to see”.

The wordmark, for example, features half of the brand name upside-down. “Mor” flipped reads “Row”, which is a reference to how the eye sees and translates objects through the brain.

Morrow’s wordmark also speaks to the brand’s desire to be “contemporary and progressive”. “It’s something that makes you look again,” O’Connor says. “For example, though it feels straight forward, the Os are turned to 90 degrees.” 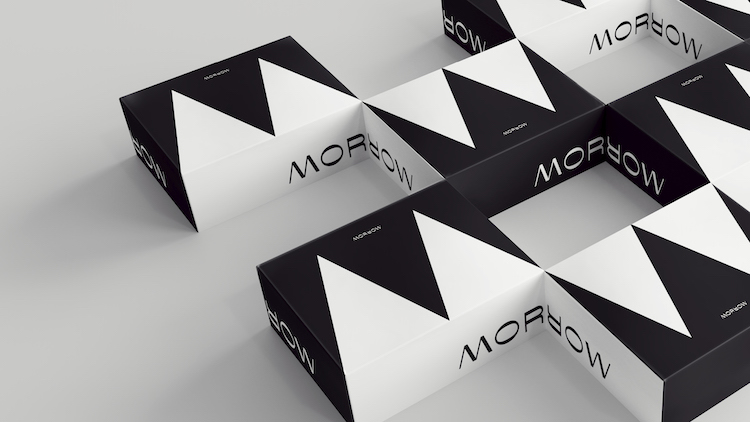 A triangle pattern can be found across touchpoints. O’Connor refers to it as an “irregular form” and says it mirrors how Morrow’s technology actually works. “It’s regular and then at certain points it becomes irregular at the a flick of a button.”

The whole look is paired with a monochrome colour palette and the typeface Agrandir, designed by PangramPangram Foundry.

Both elements have been chosen for their “understated” characteristics. Of the typeface in particular, O’Connor says: “It’s understated but there are characteristics in it that are irregular with an off centre tone to it. This is what we wanted from the typeface – for it not to be too overt.” 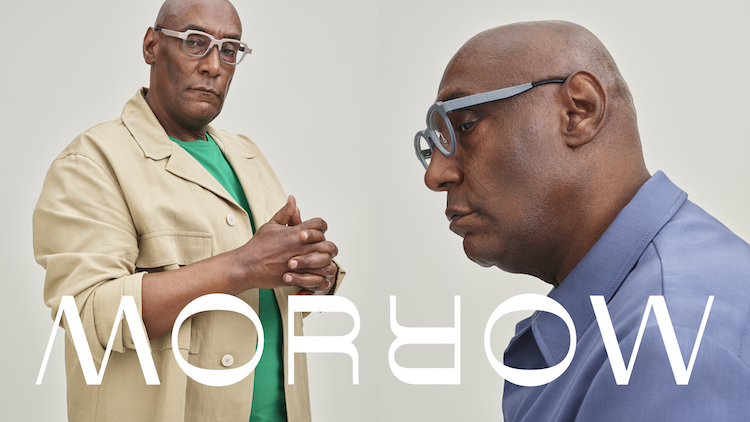 As well as the more traditional touchpoints like packaging, branding and website design, the Checkland Kindleysides team has also developed the customer journey. This part of the project took on an even greater significance as the pandemic took hold in the first few weeks of the work.

“It was essential we also evolved the way this brand would reach its consumers and what that exact customer touchpoint would look like,” says O’Connor. The process begins with a self-assessment online, but as he explains, the Morrow team wanted their brand to live beyond just a website. As a result, the next step includes a home visit from a Morrow professional to test their eyesight.

This presented a unique design challenge, he says. “We designed a toolkit which includes a custom built cabin size Rimowa suitcase, enabling the optometrist to deliver a full autofocal demonstration, allowing the customer to try on different styles and colourways.

“Fitted with internal compartments and a set of active lenses, the brand is literally brought to the consumer in their own home.”

What do you think of Morrow’s branding? Let us know in the comments below…