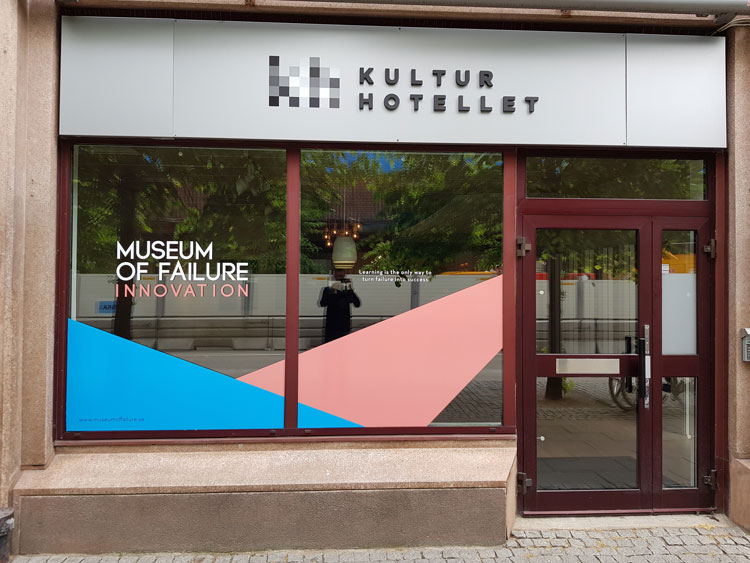 Update 4 December 2017: The Museum of Failure’s permanent exhibition is now on display at the A+D Architecture and Design Museum in Los Angeles, US. The exhibition will run until 4 February 2018. For more information, head here.

A new museum dedicated to cataloguing design and innovation failures opens in Sweden this week, with exhibits ranging from a Donald Trump board game to a range of microwave meals from toothpaste brand Colgate.

We speak to co-curators Dr Samuel West and Niklas Madsen about the idea behind the museum, and why failure ought be seen as a valuable learning tool rather than something to be swept under the rug.

Design Week: How did the idea for the Museum of Failure come about?

Samuel West: In my work as an organisational psychologist in the field of innovation, I became tired of all the success stories. Every single business magazine and academic article seems to glorify success at the expense of learning from failure.

It is generally accepted within the industry that roughly 80-90% of innovation projects fail, but the failures never get any attention and they are so much more fascinating than the success stories.

A few years ago, I started haphazardly collecting failed innovations just for the hell of it. The idea of creating a physical museum came after a visit to Zagreb in Croatia, where I visited the Museum of Broken Relationships. The museum takes the abstract concept of broken relationships and exhibits physical items, featuring stories about the different objects on display. That was when I realised the Museum of Failure can’t be a book, a workshop or a website. It has to be a physical museum, so that people can see these failures for themselves.

DW: What qualifies as a failure in your eyes?

SW: The definition of failure in organisations is the deviation from expected and desired results. The Segway is a good example of this. You could argue that it isn’t a failure because you still see groups of tourists driving them around town. But the interesting thing about the Segway is that expectations when it launched in 2002 were enormous; it was expected to be what the car was to the horse and cart. Today it’s a joke, something that shopping mall cops and tourists drive around on before they get drunk. So even if that product does still exist, it was a complete failure in that never came close to the expectation.

DW: Who is the museum aimed at?

SW: The original ambition of the museum was to target organisations and teams that work within product development, design and other areas which require an innovative approach. As the museum has gained more attention, the idea of giving failure more attention has really resonated with the general public. There is something liberating about seeing big brands f*ck up. This frees individuals to think, ‘when I try something new I will also most likely fail, and I have none of the resources of these huge companies.’

Niklas Madsen: The other interesting thing – and there is no way we could have predicted this – is that people see the exhibits in the museum and the experience becomes a very personal one, because they’ve had a personal experience with a product.

DW: How have you selected which exhibits to include?

SW: The criteria for something to be part of the museum is that it has to be an innovation. It can’t just be a piece of technology that is now obsolete. The typewriter doesn’t exist anymore but it was never a failure.

The other criteria is that it needs to be a failure. Usually that means a commercial failure, but it can also be a failure like the lobotomy. The surgery was a success and so were the tools that we have on display, but the procedure itself caused a lot of suffering and deaths among patients, so it is more of a human failure than a commercial one.

DW: What sort of exhibits are featured?

SW: Our aim is to be not only technology or design-focused. It would be very easy to fill an entire museum with smartphones, but it would also be very boring. There is everything from historical artefacts – such as a replica of the nationally catastrophic Vossa millitary ship from the 1600s, which sank outside Stockholm’s harbor because it was too top heavy – to five or six different kinds of mobiles. Colgate’s frozen lasagne is the only product that is a reconstruction, because we couldn’t get hold of the original from the company.

NM: The point of presenting all of these different kinds of innovations which have gone wrong is to learn from cross-over businesses and ideas. A tech company can come in, look at the Vossa ship and actually learn from a business they are not directly related to.

DW: What are your personal favourite exhibits?

SW: I can understand when people’s initial reactions focus on the more spectacular products, but I like the ones with a story behind them. The Blockbuster DVD case is not that sexy in and of itself, but it tells a great story of how a very successful, gigantic cooperation went bankrupt because of leadership and strategy issues.

NM: The saddest one for me is the story of Kodak and the digital camera, which highlights how Kodak basically went bankrupt because of not taking care of an idea that they came up with.

DW: What look have you gone for in terms of the exhibition design?

NM: Pretty much everything you see within the museum incorporates dark blue as the main colour. Most museums are completely black and the teams work with light, but because we don’t have a permanent space yet we needed to create a museum which is dynamic and mobile.

We have had so many people contacting us with new products and exhibit ideas, so we need to be able to expand the whole museum. We created smaller podiums or product boxes so that we can move everything around and be very dynamic.

DW: What do you want people to take away from the museum?

SW: As with any other museum, there is the ambition of archiving these products before they disappear completely. The main point of preserving these artefacts is that we need to accept failure as an essential part of innovation, and organisations greatly need to improve their learning from failure.

We also want people to reevaluate failure as something that is not entirely negative. It is only by taking risks and experimenting that we can actually develop. This goes for innovations, but also any other kind of development as individuals, companies political organisations and even countries.

NM: We all learn from failure during childhood. We may fall 20 times when we try to ride a bike for the first time, but that’s how we learn how to do it. As we grow older we switch to thinking that failure is a bad thing. But there is actually beauty in it, and it’s very powerful to be able to look at our failures and accept them.

The Museum of Failure opens to the public on 7 June in a temporary space at Kulturehotellet, Södergatan 15, Helsingborn Sweden. Entry is 100 SEK (£9). The museum is currently looking for a permanent home in the city. For more information, head to the Museum of Failure site. 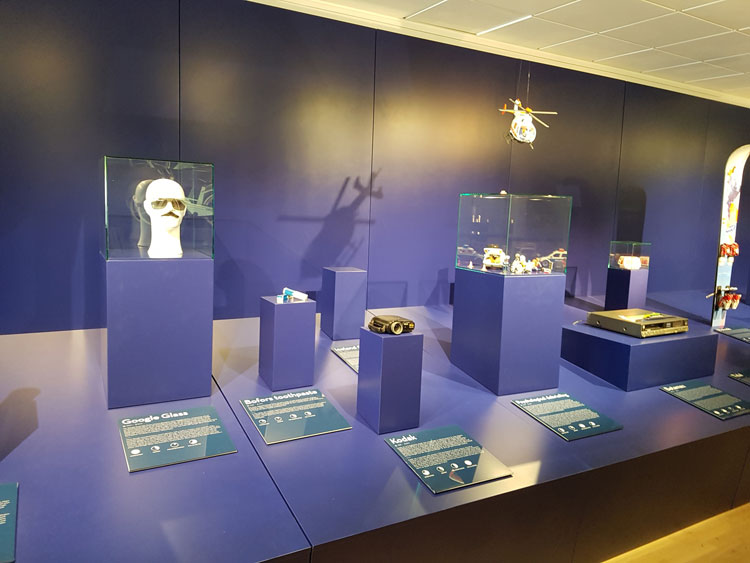 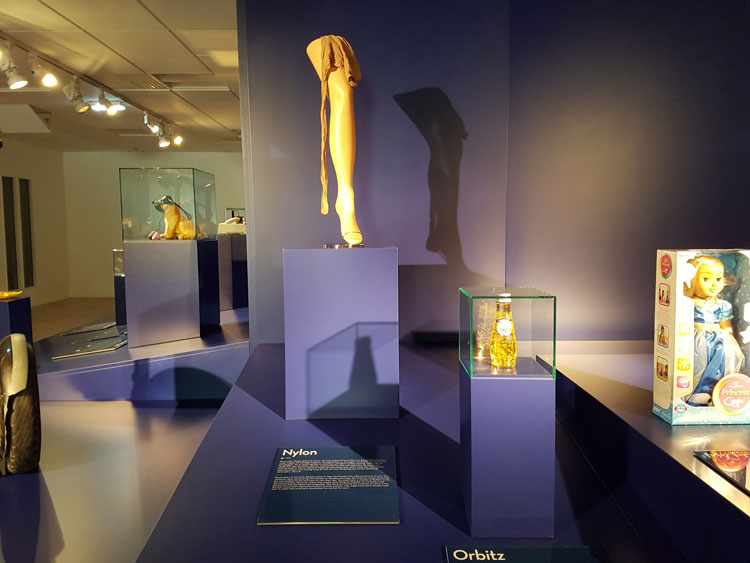 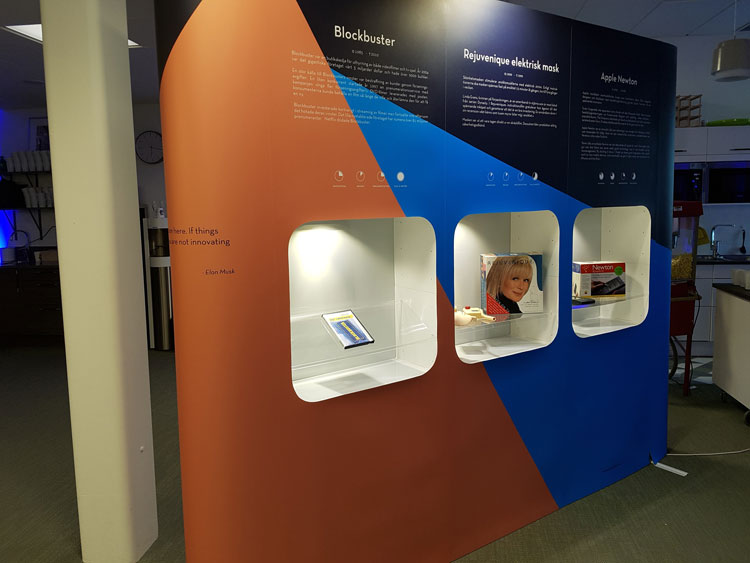 Joe Macleod: “Designers should consider the lifecycle of products they create”