ELLC was started in 2014 with the simple aim of creating “decent booze for decent prices”. It seeks to go against the tide of craft spirit companies with a lower price point. 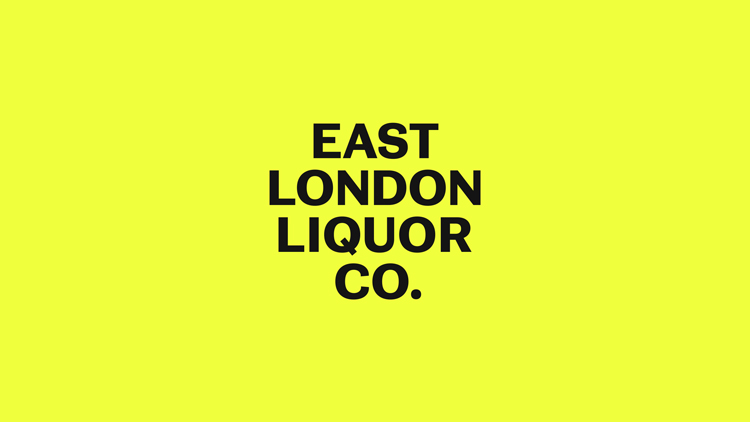 According to Ragged Edge it’s also found popularity among bartenders who found the bottle shape similar to a wine bottle and so easier to pour from and mix drinks with.

Ragged Edge creative director Matt Smith tells Design Week that the identity aims to find a new audience for ELLC: at-home drinkers. The company hopes to encourage people to experiment with spirits and try making cocktails of their own.

“Picking a fight with the status quo” 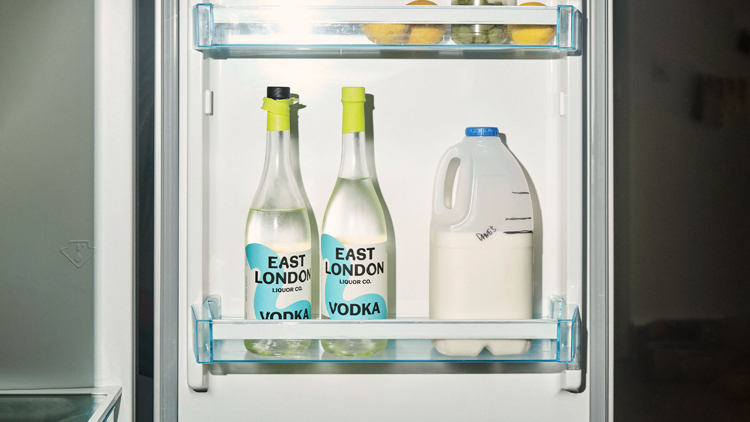 Simplicity was key, Smith explains. The identity needed to avoid the clichéd “bells and whistles” found in the design of other craft spirits, which customers might find off-putting.

“We decided we needed to pick a bit of a fight with the status quo,” Smith says. “There’s a sea of detail and foil and what’s considered fancy in spirit design.” 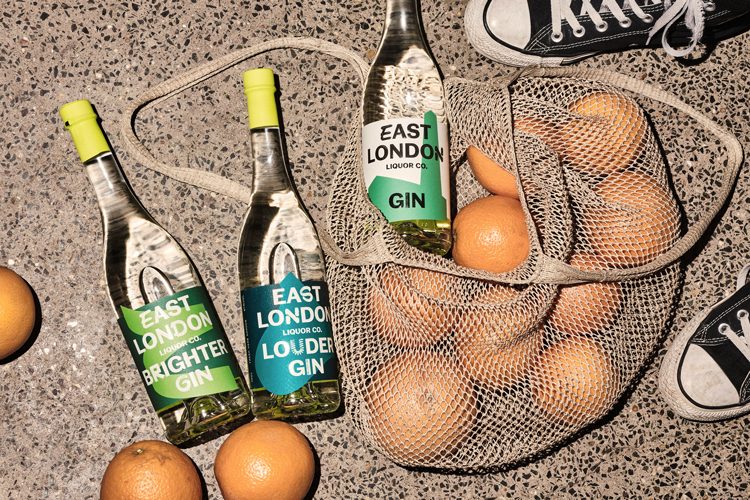 In the name of simplicity, the design team wanted to create as few brand assets as possible. This also meant they could focus on creating some bespoke, Smith explains.

Two typefaces have been created in collaboration with NaN Foundry, inspired by the surrounding area. There is a primary typeface as well as an alternate version which provides variation for the branding materials.

“We wanted to avoid any clichés of what East London means” 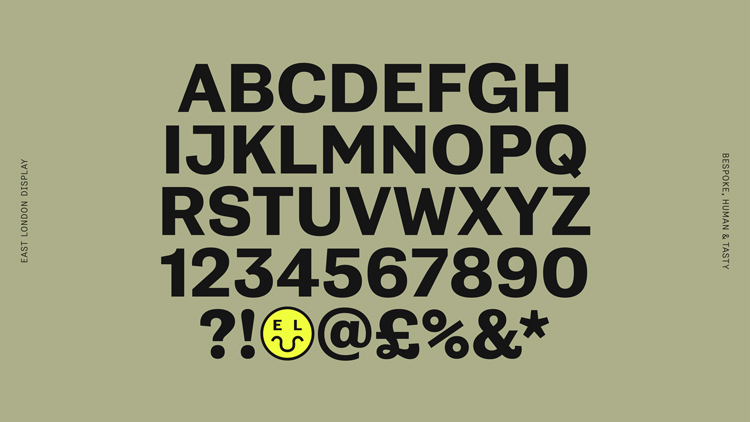 Creating two typefaces for an identity was an “ambitious” task, Smith says. The base sans-serif is inspired by the “humanist typefaces that you might see on local buildings”.

The more “disruptive” version emerged from “found letters” from the area – inspiration came from “signs” found on public transport or the streets of East London.

The designer hopes the two forms create a “cohesive” look that also conveys the company’s attitude without resorting to stereotypes. “We wanted to avoid any clichés of what East London means,” he adds.

On the packaging, the typefaces work in conjunction with a series of shapes that have hidden links to each of the spirits. The gin is seen as the “hero” of the brand and so carries an outline of the distillery’s tower. 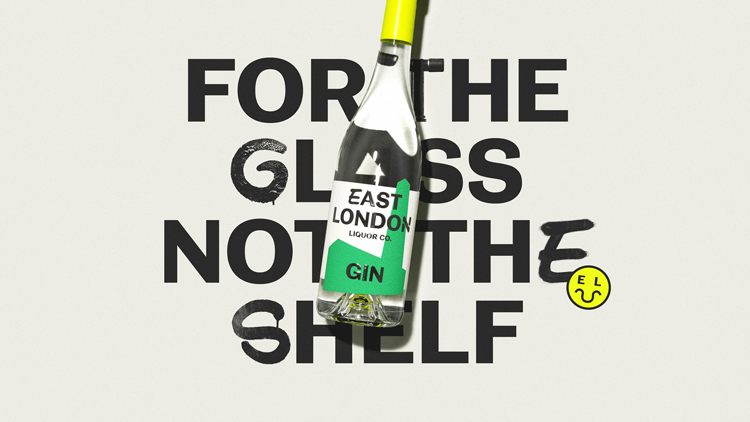 The vodka – which is the brand’s own grain spirit – is the heart of the spirits and features the River Thames which is the “heart of the city”, Smith adds. The rums are the only imported spirits for ELLC, and have an X which “marks the spot of where they were found”.

For the wider identity, lifestyle photography has been shot by Charlie McKay. 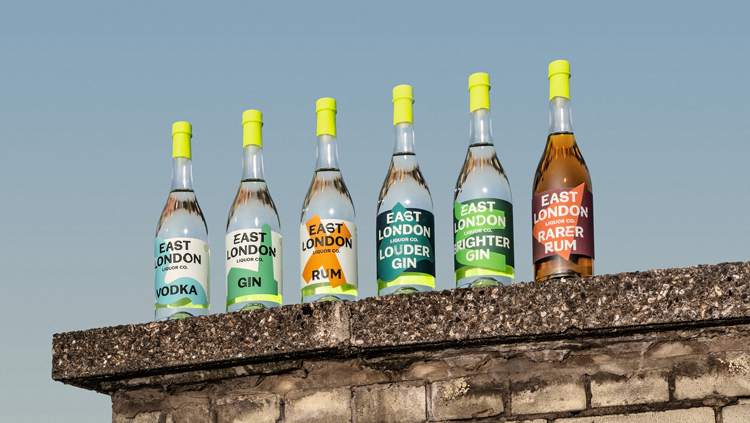 In the previous branding, the identity did not vary so the spirits were easy to confuse, Smith says. One way that this has been avoided is through a “vibrant” colour scheme.

Perhaps most noticeable are the flashes of fluorescent yellow which Smith says does “a lot of hard work”. It is a “democratic” reference to high-vis vests and cycling jackets among others.

The yellow also ties in with the “smiler” icon that’s used for the identity – a riff on the iconic smiley face associated with rave subculture. Instead of eyes, it has an E and an L for the brand’s name, while the mouth is a reference to the Thames. 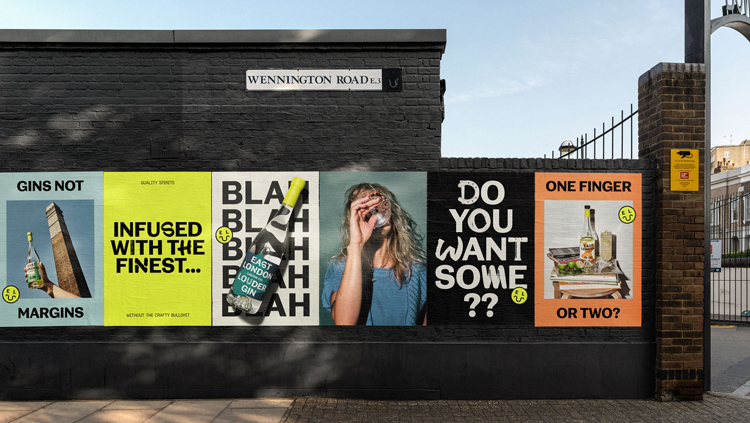 While the icon is familiar to many, Smith says it’s another reference to the East London area. While photographing inspiration on the ground, the team noticed a traditional crest in Victoria Park.

It displayed the park’s initials as well as an outline of the Thames. “Someone saw the river as a mouth and the little smiley face was born,” Smith explains.

Can drones take off as a delivery service?