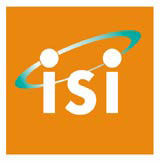 Minale Tattersfield has created the name and identity for Isi, a financial services brand that aims to cater for upwardly mobile immigrants around Europe.

The project is worth a six-figure fee to the group.

An Isi flagship store opens in Rome’s Piazza di Spagna, with interior signage by the consultancy, on 23 January. More than 200 ‘Isi-points’ will be launched across Italy from January with affiliate branches in North Africa and South America.

The ‘next step’ for the brand is to open in the UK, says Minale Tattersfield managing director Marcello Minale, who suggests that the company is looking to establish its head office in London.

Italian financial services firm Angelo Costa, Western Union’s sole agent in Italy with 2500 branches around the country, is behind the concept. The company’s managing director Franceso Costa brought Minale Tattersfield on board last year without a pitch.

According to Minale, the brand targets US and European travellers and students, as well as immigrants from developing countries.

Minale says, ‘There has been a huge influx of immigrants into Italy [and other countries] in the past five years. They are often seen as dangerous invaders, but this Italian entrepreneur has seen them as consumers, whose circle of life changes very fast in three years.’

Isi, pronounced ‘easy’ in English, is intended to recall the Italian for ‘yes’ and the French for ‘here’.