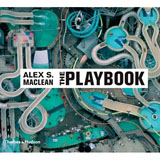 Thomas Manss & Company has created a kaleidoscope-inspired visual identity for The Henry Lydiate Partnership, a business consultancy for the creative industries.

Aerial photographer Alex MacLean’s latest book, The Playbook, portrays America from the air. It is published by Thames & Hudson and designed by Luce Pénot.

Ico Design has created a book for architectural visualisation company Hayes Davidson, showcasing the group’s most recent work in a way that is ‘elevated above pure portfolio’. 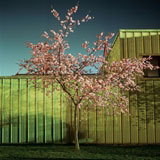 Environmental Studies is a photography show taking Brighton as its subject, featuring work by Adrian Talbot, a partner at Intro, and Peter Gates, a freelance designer. It is being held at HedSpace in Brighton from 6 to 29 October. Pictured is Talbot’s Cherry Tree.

And Advertising has designed the identity for club and bar Twentyfour:London, at 24 Kingly Street in London’s Soho. The venue was formerly called Attica. 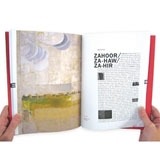 Splendid has designed a report for Data, the charity organisation set up by Bono and activists from the Jubilee Drop the Debt campaign to monitor the progress of promises made by the G8 nations, following last year’s Live 8 event.

Reform Creative has designed Beyond the Page: Contemporary Art from Pakistan, a 68-page hardback publication (pictured) for Shisha, to accompany an exhibition running at Manchester Art Gallery until 15 January 2007.