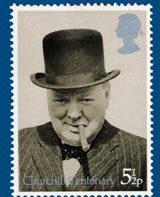 According to legend, no one has ever refused an invitation to design a Royal Mail stamp. Such is its prestige that Barry Robinson, who up until June was Royal Mail stamp programme director, had the entire community of UK artists to choose from. As a result, in terms of design, British stamps are widely considered to be the best in the world.

Designers ranging from The Partners to the former Newell & Sorrell have created stamps for Royal Mail. Last month, the Peter Pan series, designed by Tutssels Enterprise IG, was launched to celebrate the 150th anniversary of Great Ormond Street Hospital (DW 22 August) and this year’s Christmas stamps are the work of photograher Carol Sharp.

But in the wake of Robinson’s retirement after 25 years at the Royal Mail, designers are asking whether the programme’s strong design reputation can be maintained. A decision about whether to appoint a successor to Robinson is unlikely to be made until the end of the year, according to a Royal Mail spokesman. The delay is due to an internal efficiency review of the stamps and collectibles department, which is being conducted in the light of the very public difficulties faced by parent company Consignia.

Traditionally, the Royal Mail’s approach to stamp design has been to see it as a form of public art. The fear is that commercial pressures will lead to a watering-down of its design integrity, says Turner Duckworth creative director Bruce Duckworth, creator of the Architecture in the Air series of stamps produced in 1997. ‘The difference in value between Royal Mail stamps and the ones you get from Frosties is practically nothing,’ Duckworth says. ‘It is only the integrity that keeps them apart.’

Robinson was crucial in maintaining the quality and diversity of stamp design, Duckworth argues. He embodied the aphorism that great design needs a great client as well as a great designer.

‘The role for [Robinson’s] successor is to uphold the original vision [of stamp design], which is to bring art to the people,’ Duckworth says. ‘There must be a lot of pressure for [the the stamps and collectibles department] to be more commercial and to market itself in a different way. But it has to fight its corner.’

There is already some evidence that commercialism is affecting stamp design. Because of the pressures of extra demand, the packaging for special stamps at Christmas is the responsibility of the business and consumer marketing department. To help boost sales, the department this year agreed a tie-in with the Lord of the Rings film for the packaging of Christmas stamps. The images on the packaging clashed with the original choice of stamp, designed by Tutssels Enterprise IG and based on JM Barrie’s Peter Pan story. As a result the Peter Pan stamps were launched last month and there will be traditional images on the Christmas stamps instead.

An independent panel, the Stamp Advisory Committee, has a strong influence on design integrity. It is responsible for choosing stamp designs once the stamps and collectibles department has decided the subject and chosen three possible designers. The panel is chaired by stamps and collectibles department managing director Gavin Macrae and has a diverse selection of people serving on it, including Pentagram partner John McConnell and Lewis Moberly creative director Mary Lewis.

Nevertheless, designers are worried that without a replacement for Robinson stamp design could suffer.

HGV creative director Pierre Vermeir designed last year’s set of stamps that celebrated the centenary anniversary of the Nobel Prize. One of the series won the Italian Asiago prize for the world’s most beautiful stamp earlier this year (DW 25 July). Vermeir says he is concerned by the prospect of more commercialism in stamp design. ‘If the quality of design goes down then that would worry me a lot,’ he says. ‘You need to have a guardian to look after the production of design to make sure the standards stay the same.’

His concern is shared by Mike Dempsey, founding partner of CDT Design, who has been involved in stamp design since 1980. ‘If they were to come under more pressure from film or television companies or whatever, I think the results could be disastrous,’ he says.

At a time when Consignia is fighting off competition from electronic mail as well as from other carriers, its stamp designs could become even more crucial. Designers will be hoping that it appoints a new programme director as committed to great design as Robinson was.

The Royal Mail produces between 20 and 40 million stamps for each of the 12 sets it releases each year. Each stamp design must make an immediate impact, despite the fact that a designer only has a small area to play with. Designers have been given a reasonably open brief on how to meet such a challenge

A stamp is normally around 35mm by 37mm, which means that ‘the main decision is what you leave out rather than what you put in’, according to CDT Design founding partner Mike Dempsey

Designer of the Year prize launched

Uncertain future ahead for BGA?

Live links to design festival will be for the capital good

Uncertain future ahead for BGA?