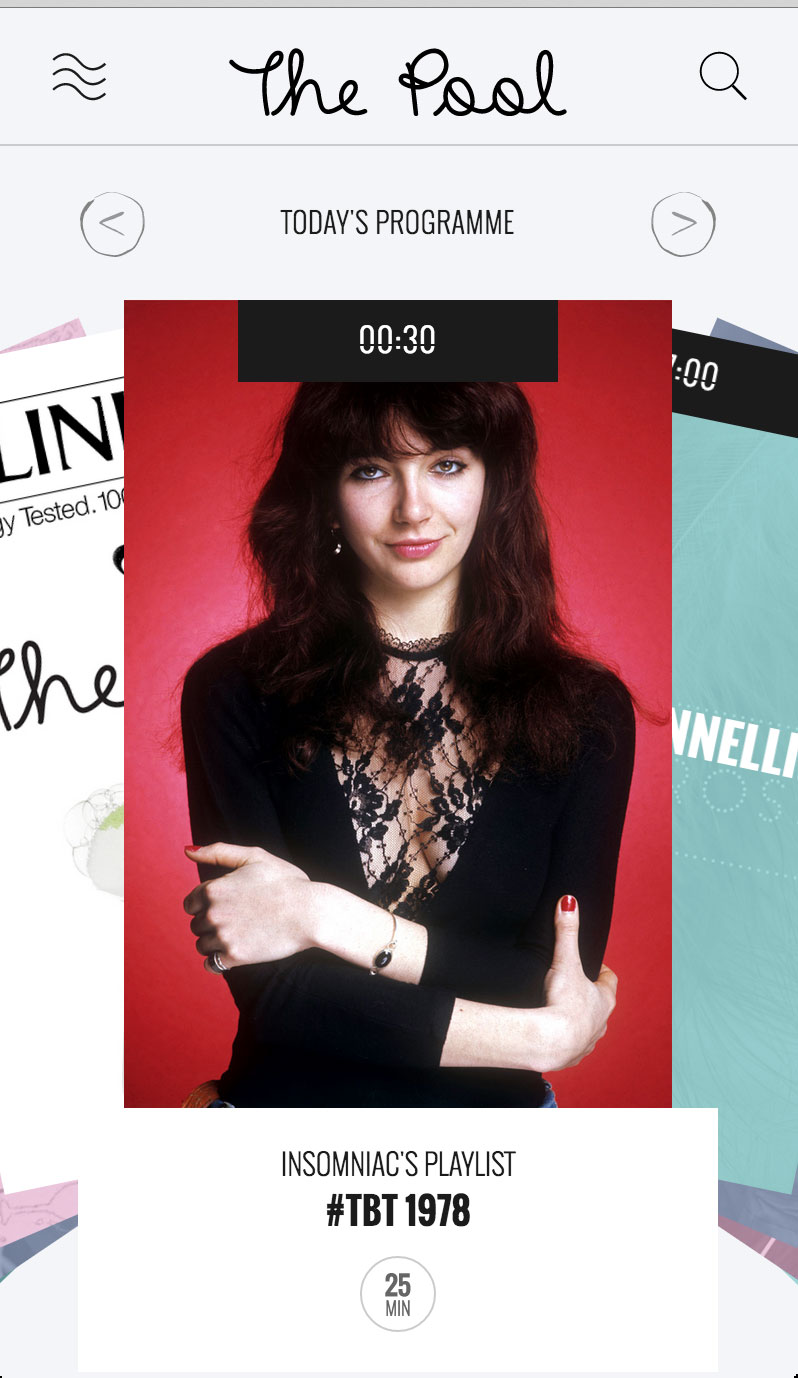 A new independent online magazine, The Pool, has been set up by broadcaster Lauren Laverne and magazine editor Sam Baker with a vision to make “interesting, inspiring, original content for busy women”.

Creative director Sara Horrocks – who has a background in magazine art-direction – led the design of The Pool, working on the identity, the overall look and feel and functionality.

News and features on the mobile-first site are mixed in with unique video content, playlists and other media.

Horrocks says that the site has been designed to contain these and is organised around a “time wheel”, which guides readers through a scheduled programme of daily activity. 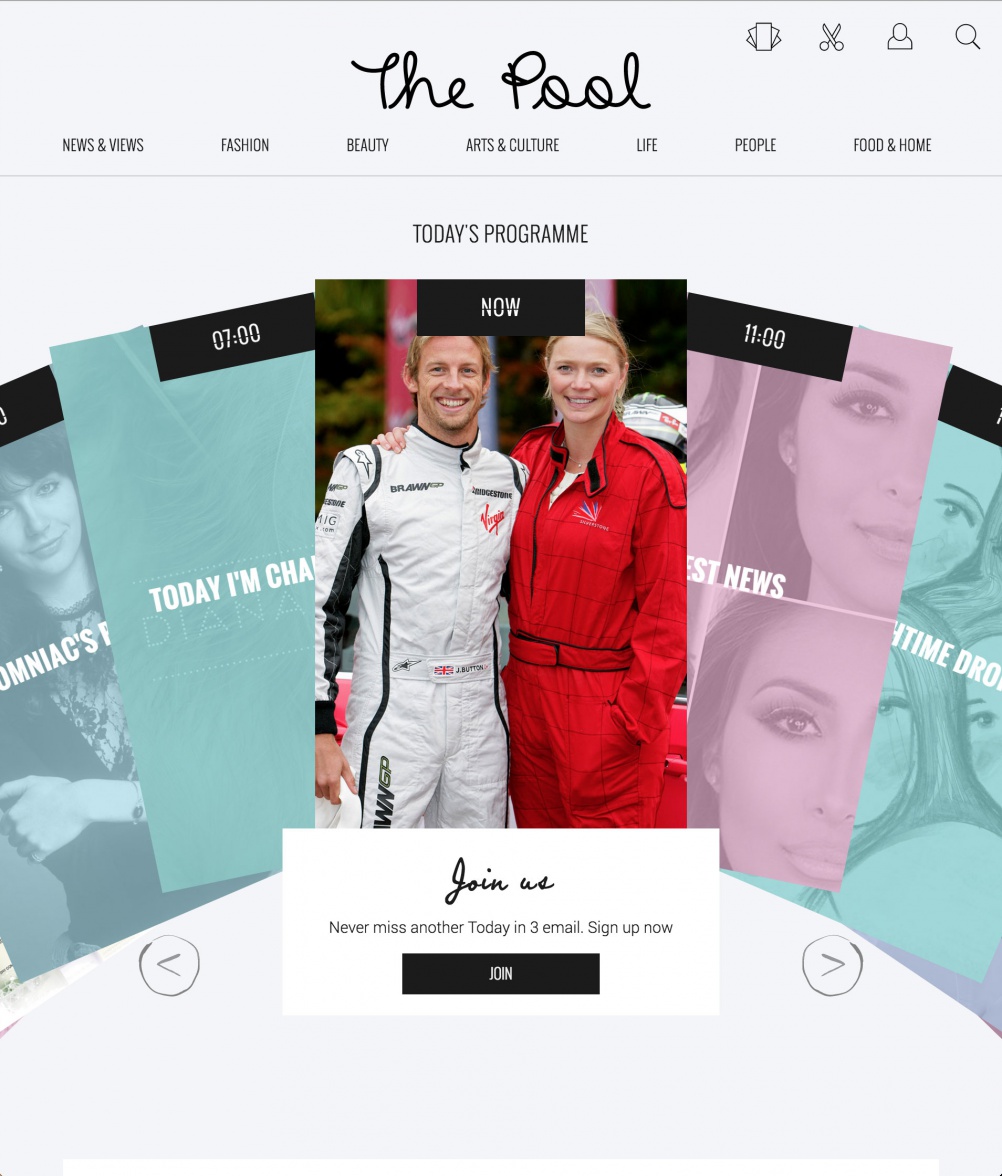 The time wheel idea is a response to research commissioned by The Pool (of 1001 women) which showed that 40 per cent of women only have half an hour spare a day and more than half surveyed said they felt “overwhelmed by media noise online”.

“The design needs to house a complete multimedia range and we needed to stimulate every area but also bring clarity and create a calm environment,” says Horrocks.

“People are very time-poor,” she adds. “We didn’t want them to get to the site and then get lost. We don’t want to waste their time, we want to inform and stimulate them.” 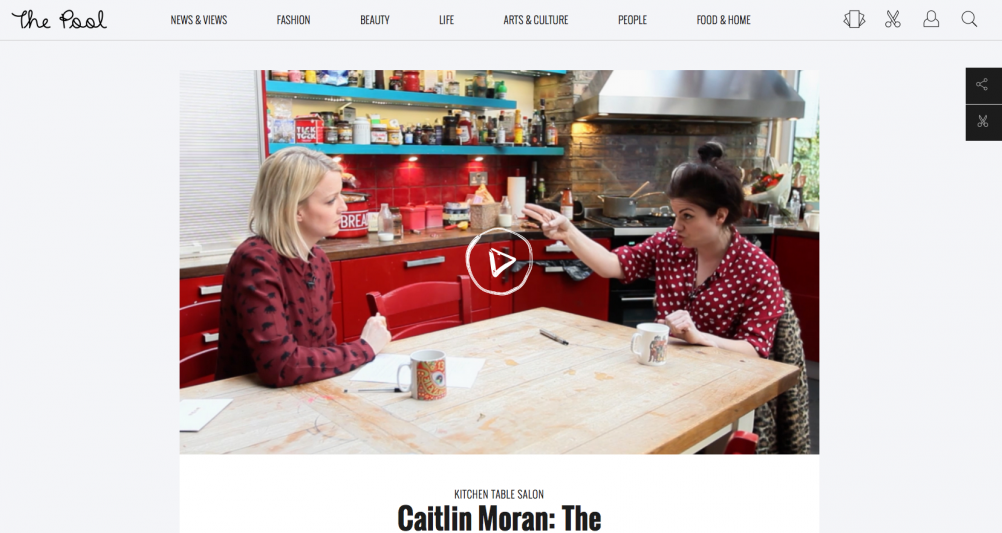 Horrocks says the team has researched what time readers want certain types of content and will incorporate this into the “playful, social and tactile” wheel.

“We wanted to give people the option of consuming things in bite-size or palatable chunks and use The Pool as a companion throughout the day.”

To this end, the time it takes to read, listen to or watch something has been indicated next to content.

The identity has been designed with the tone of The Pool and the personality of its staff in mind, according to Horrocks, who says the logo “feels warm, friendly and approachable and reflects the people who work here, but it’s not too whimsical – it’s strong and clear.”

Oswold Light and Bold have been used for headlines and all copy is in Roboto “so that there’s no confusion” says Horrocks.

The result is a watery aqua blue “which women respond well to” and pink and purple highlight colours, giving a feeling that is “not too sober and serious and not too pretty”, Horrocks says. 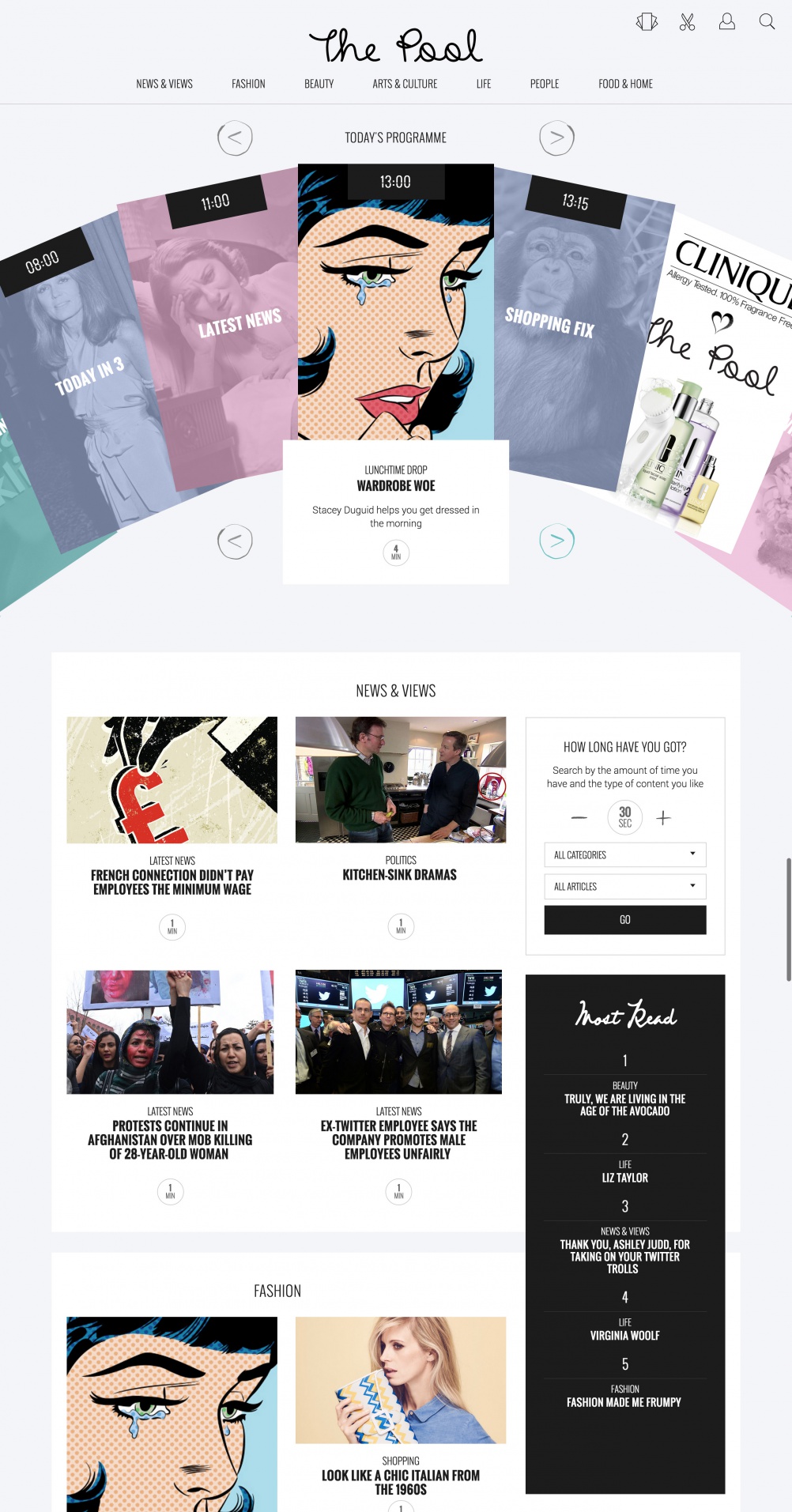