MET Studio has worked with the Royal Airforce Museum London to create an immersive visitor experience which tells key stories from the RAF’s history.

The consultancy was asked to balance the museum’s collection of aircraft and artifacts with the need to introduce a personal and human perspective to the exhibition.

To this end aircraft have been displayed alongside contemporary and historical objects while simultaneously details are explained to the visitor such as engineering innovations, how global alliances were made and how partnerships with industry were forged.

The stories behind the artifacts

Among the personal stories is that of Noor Inayat Khan, a Sufi Muslim teacher raised in both London and Paris. After the German invasion of France, she escaped to London and joined the Women’s Auxiliary Air Force and in 1942 was recruited as a secret agent.

Khan was the first female radio operator dropped behind enemy lines, a role which allowed her to help the Parisian Resistance. She was captured, tortured and eventually executed but never revealed anything to the enemy.

Elsewhere public perceptions of the RAF are explored, such as the post-war accounts of Paul Chester Brickhill who wrote books, which were adapted into The Great Escape, The Dam Busters and Reach for the Sky.

Brickhill was a downed WWII Spitfire pilot who was captured and imprisoned at Stalag Luft III at Sagan in Selesia. Together with squadron leader Roger Bushell he masterminded a mass breakout.

Director of content and programmes at RAF Museum London Karen Whitting says that the museum wanted the exhibitions to be relevant to all visitors.

Whitting speaks of “physical, intellectual, aesthetic, social and emotional access” and says that “By offering hands-on and immersive opportunities as well as ‘wow’ moments, we can delight and inform all visitors through innovative storytelling”.

A second consultancy Kin was commissioned to work on two large interactive experiences each contained in separate hangers.

First to the Future

Hanger one, First to the Future addresses new problems and roles that the RAF is encountering. “You’ll find a suite of games there, which allow you to explore what it’s like to be a Reaper drone pilot or understand new issues around cyber security,” says Kin director Kevin Palmer.”

Visitors can also design their own aircraft an fly a simulated version of it and engage in debate around a projected 4 meter octagonal table.

“In particular it’s good for kids. You can get 30 of them round it, tackling heavyweight ethical issues while helping them learn how to debate with a chairman, vote yes or no and present back to their teacher,” says Palmer. Members of the public can also have a go.

The overall design of First to The Future was the work of Amsterdam-based Kossmann.dejong, which worked on the concept and 3D design alongside MET Studio.

In hanger 6, the Age of Uncertainty section looks back at 40 years of conflicts over a 50 meter chronological timeline made up of mixed media.

A peg board runs behind a video wall, representing analogue and digital innovation.

The peg board reveals light in a dot matrix pattern and responds to the input of the user who can engage with screens, news footage, headlines, photos, a soundclip switchboard and physical signage.

Visitors can also engage with the content by trying a 1980s game which has a Family Fortunes feel, and play with a Snake-style game during the 2000s point.

The timeline eventually gives way to a 4k video wall which gathers visitors’ opinions on what they think the future will hold. 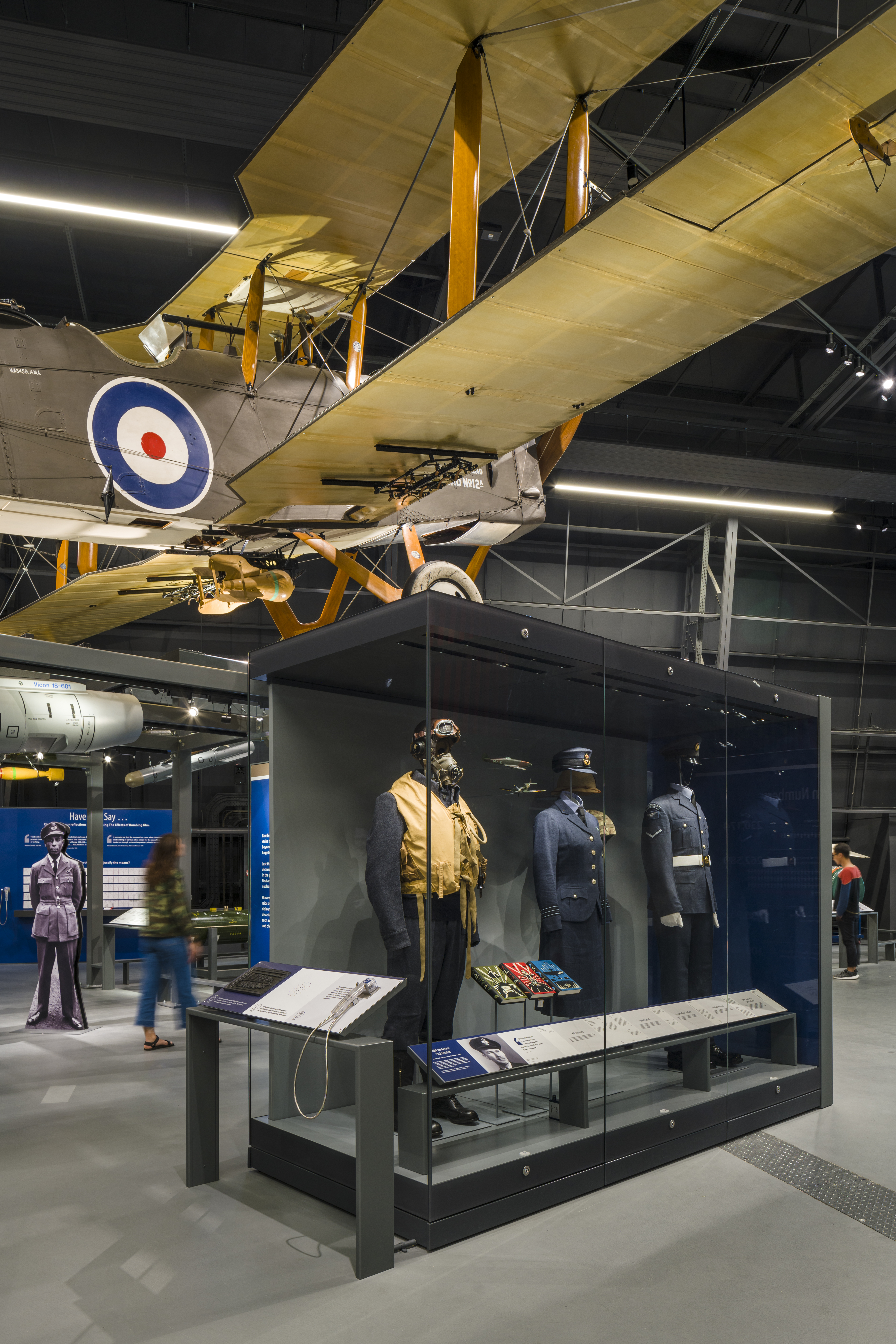 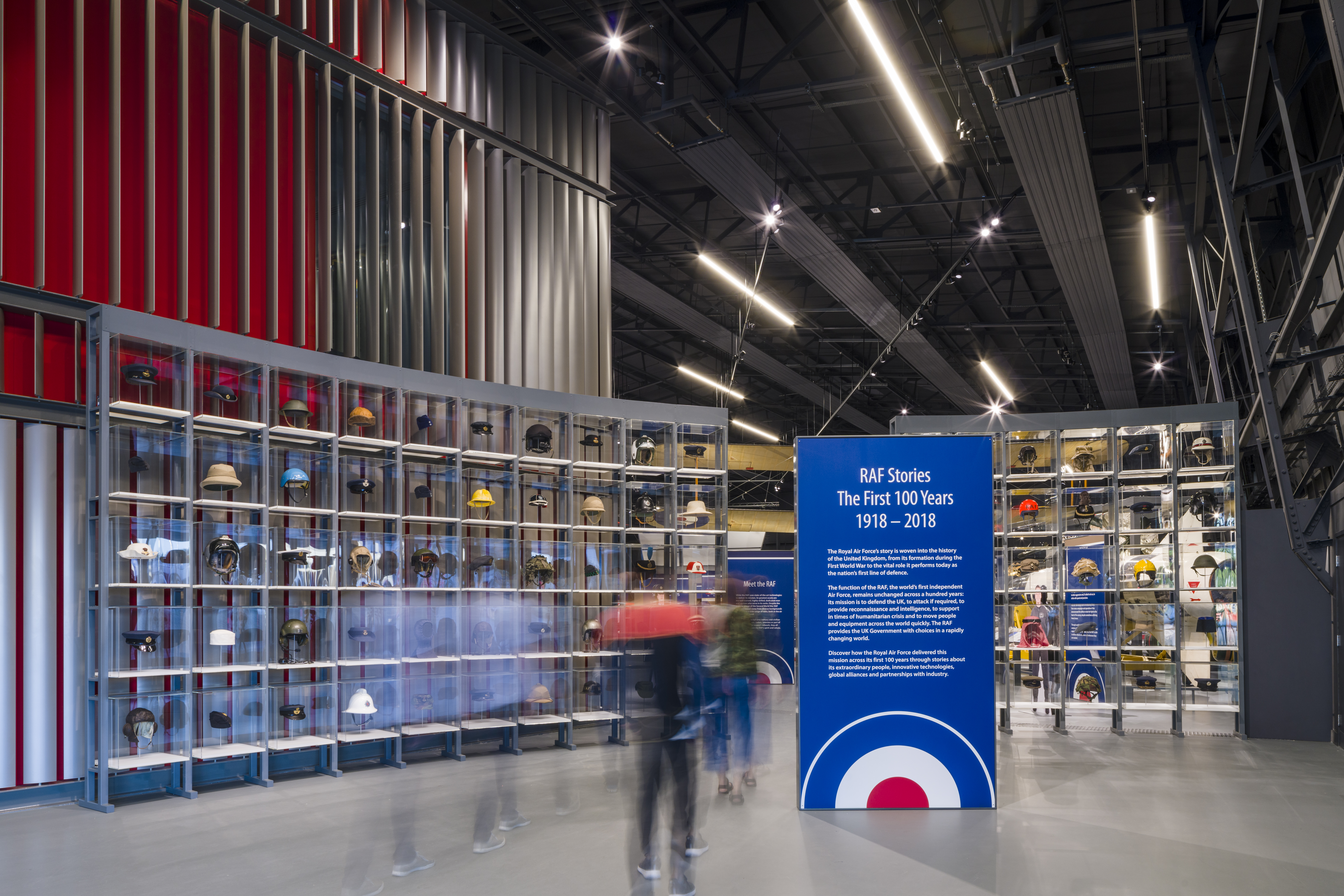 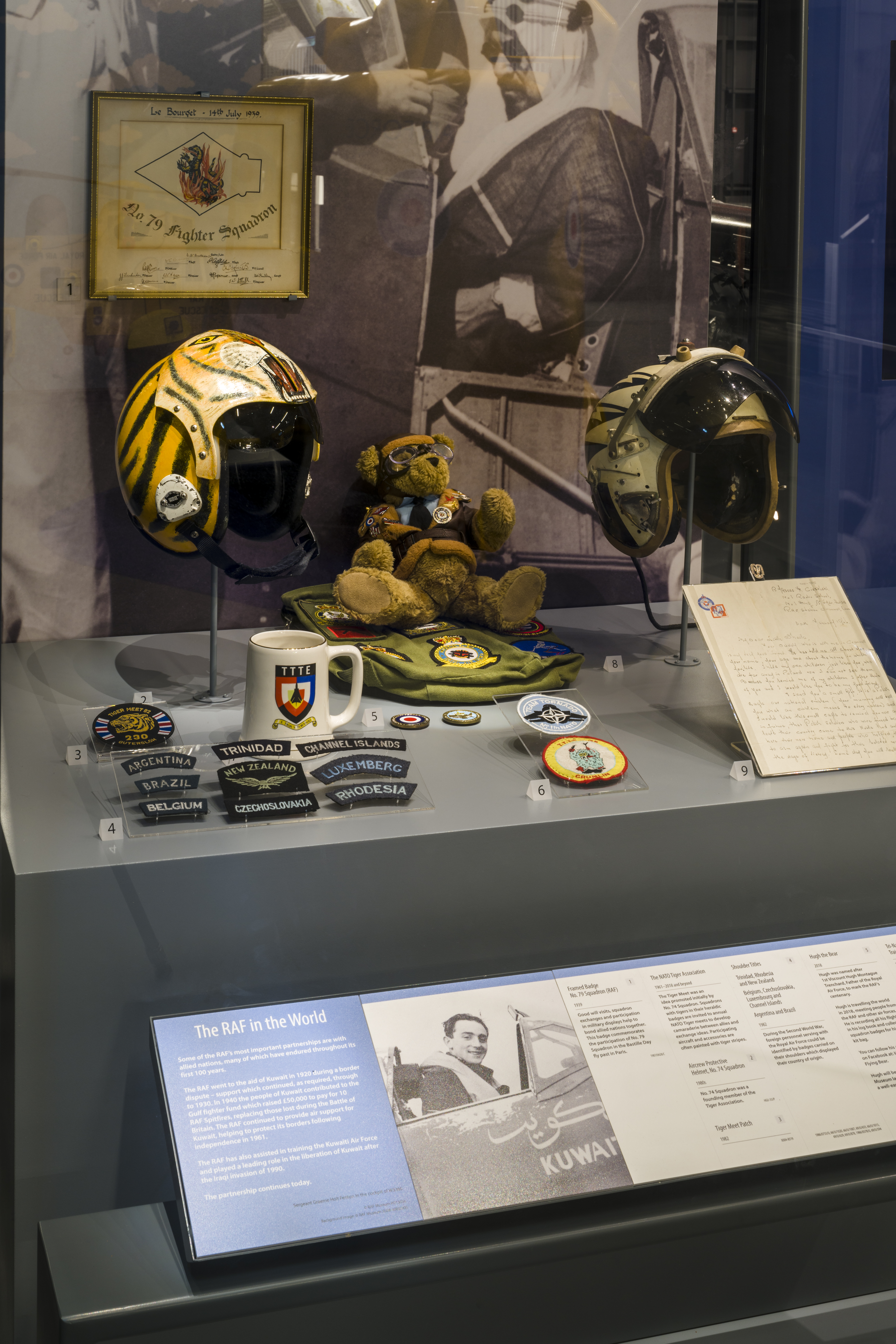 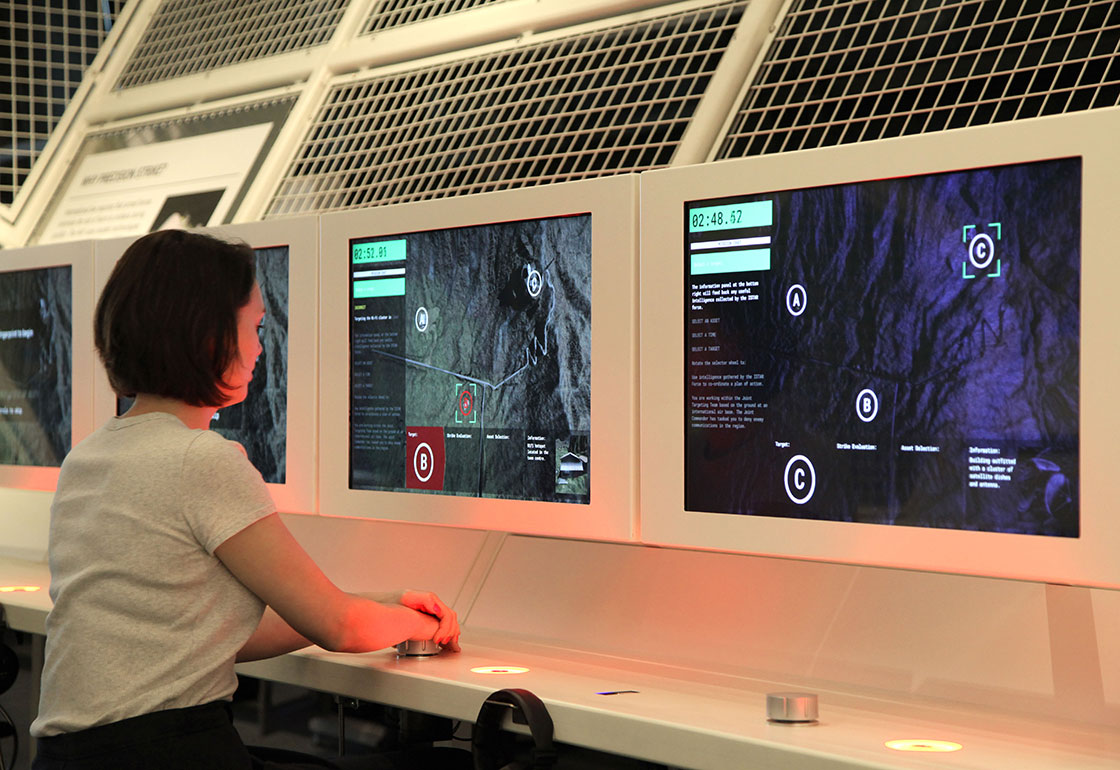 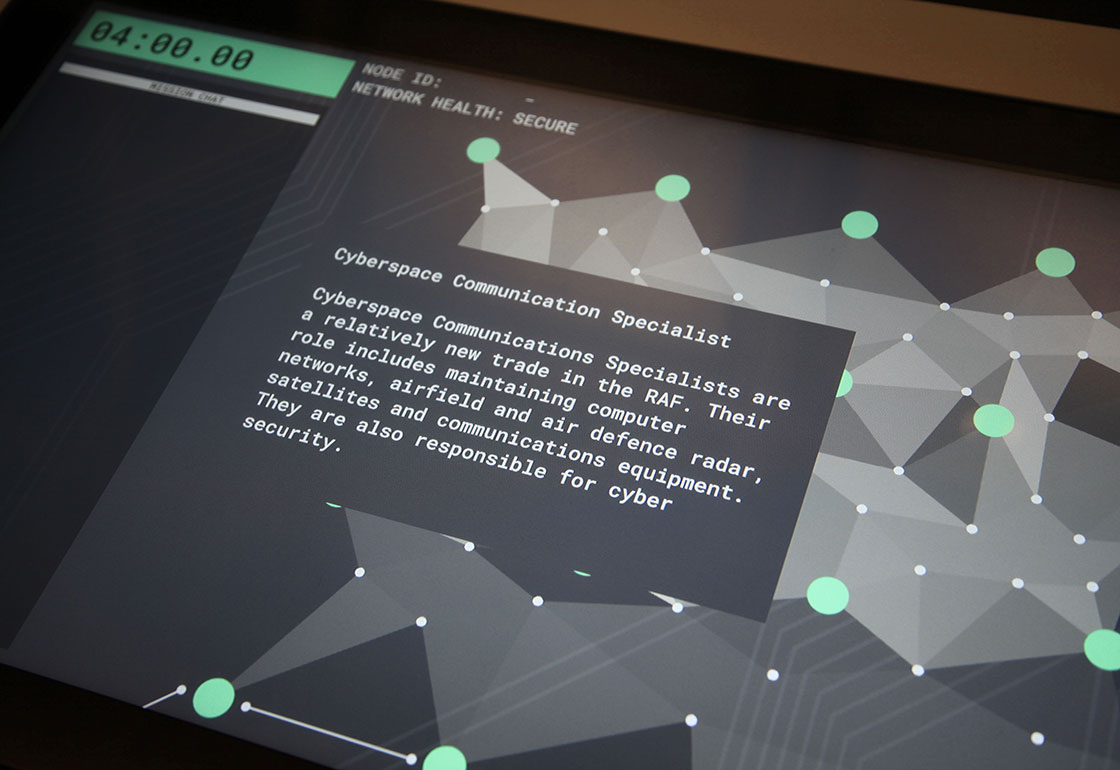 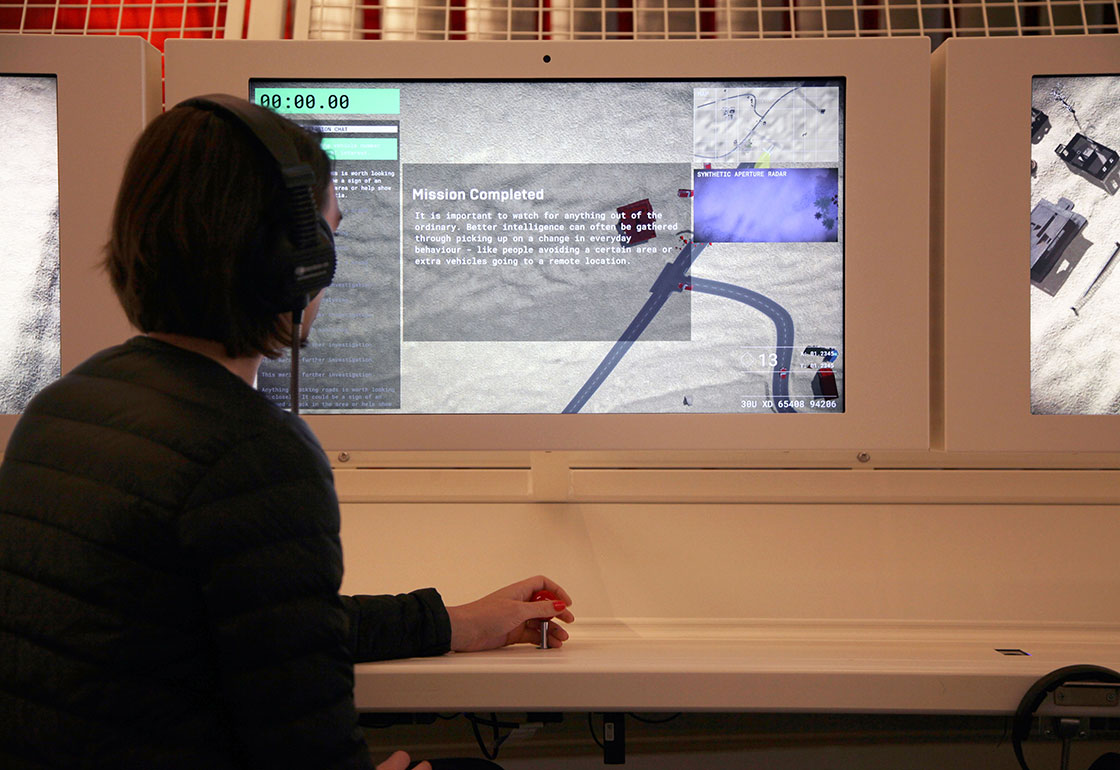 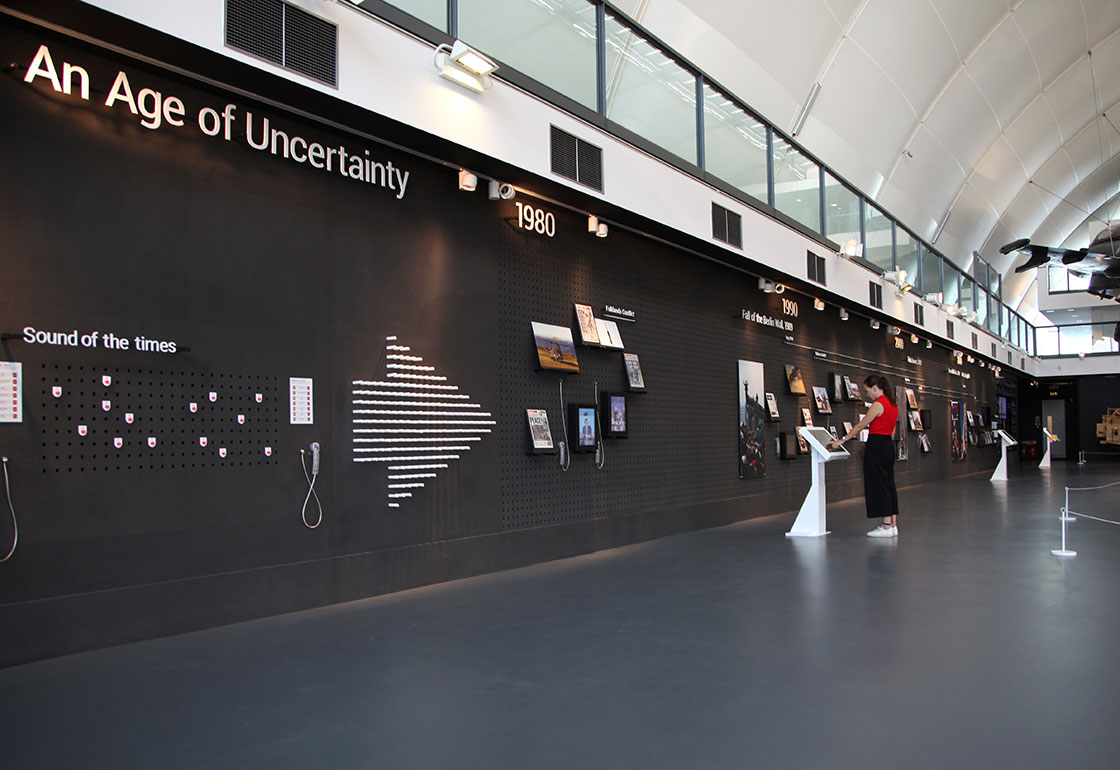 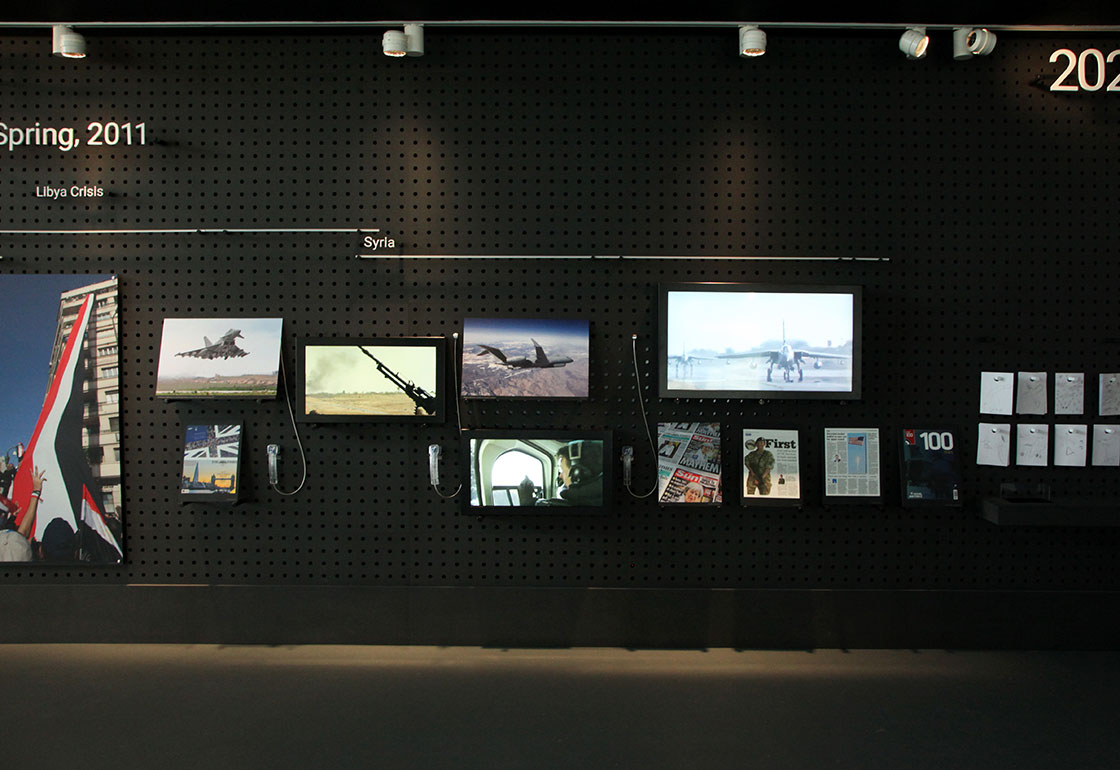 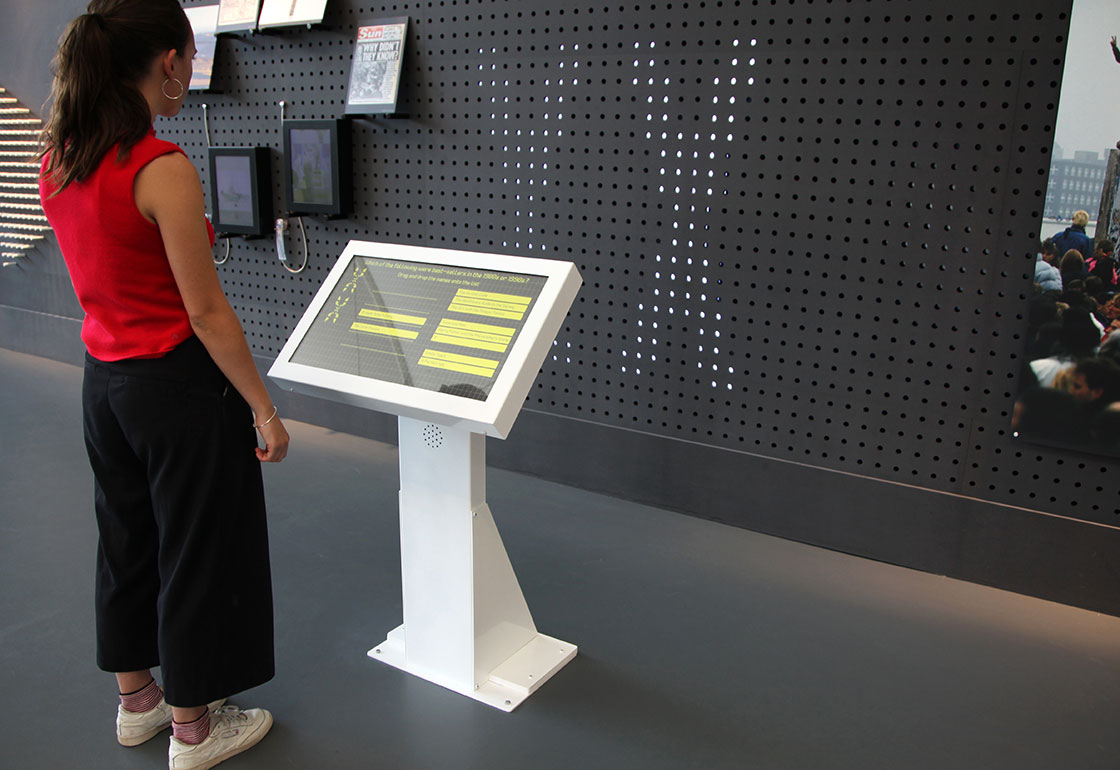 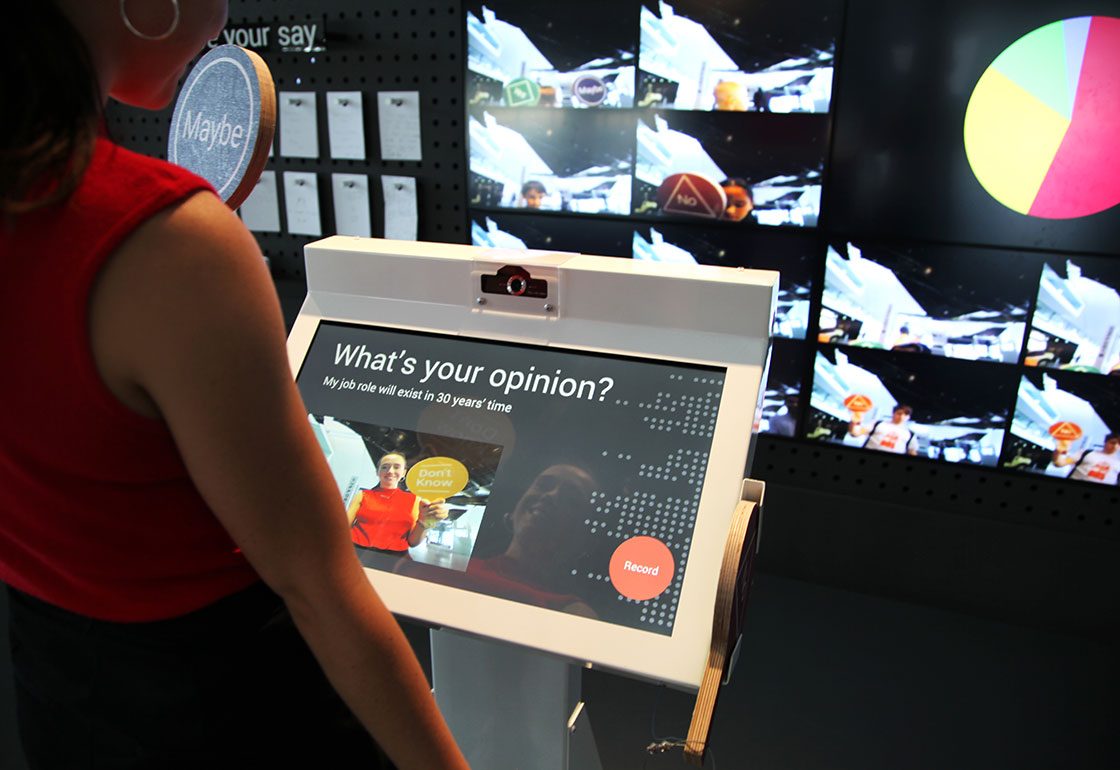