Artist and designer Es Devlin has designed an installation which will see a new lion sculpture introduced to London’s Trafalgar Square where it will communicate with the public as part of an ambitious project combining machine learning and AI.

The four monumental lions which surround the square were designed by Edwin Landseer and cast in 1867 and sit at the base of Nelson’s Column. The genesis of Devlin’s project came last year when London Design Festival co-founder Sir John Sorrell said to Devlin “Landseer never wanted those lions to look so passive: he proposed a much more animated stance, but Queen Victoria found it too shocking”.

This is according to Devlin who says, “The thought lodged in my mind, what if we could invest the lion with a diversely crowd-sourced collective poetic voice.” 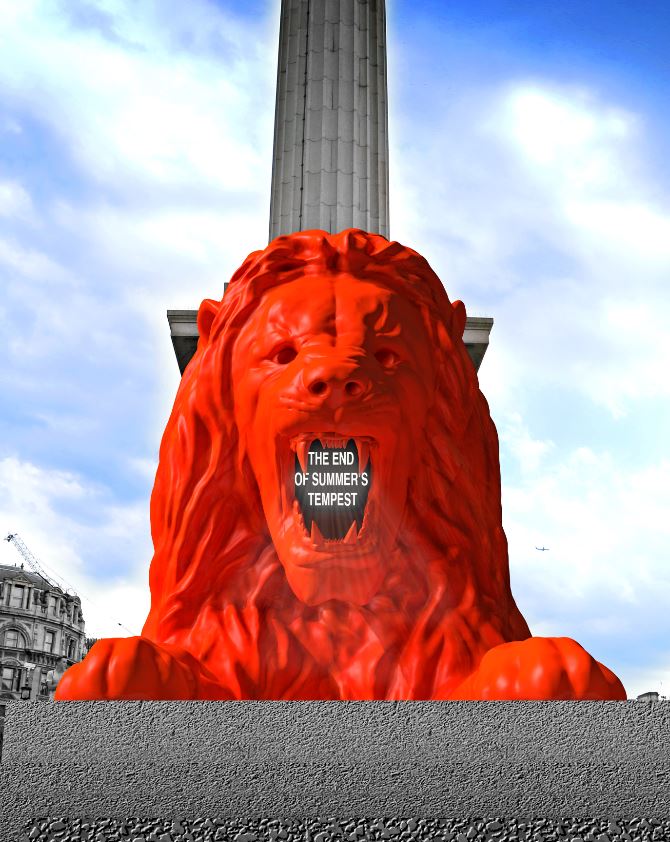 The resultant project  Please Feed the Lions and is the result of a year long collaboration between Devlin and Google Arts and Culture which will also create an online exhibition to give access to anyone who can’t visit.

Anyone who is able to visit Trafalgar Square by day will be able to “feed the lion” words by talking to it. Looking into the mouth of the lion visitors will see an ever evolving poem forming.

By night a finished poem will be projection-mapped over the lion and onto Nelson’s Column creating a beacon of streaming text inviting others to join in and add their voice.

Please Feed the Lions runs from 18-23 September 2018 at Trafalgar Square, WC2N 5DN and is part of the London Design Festival 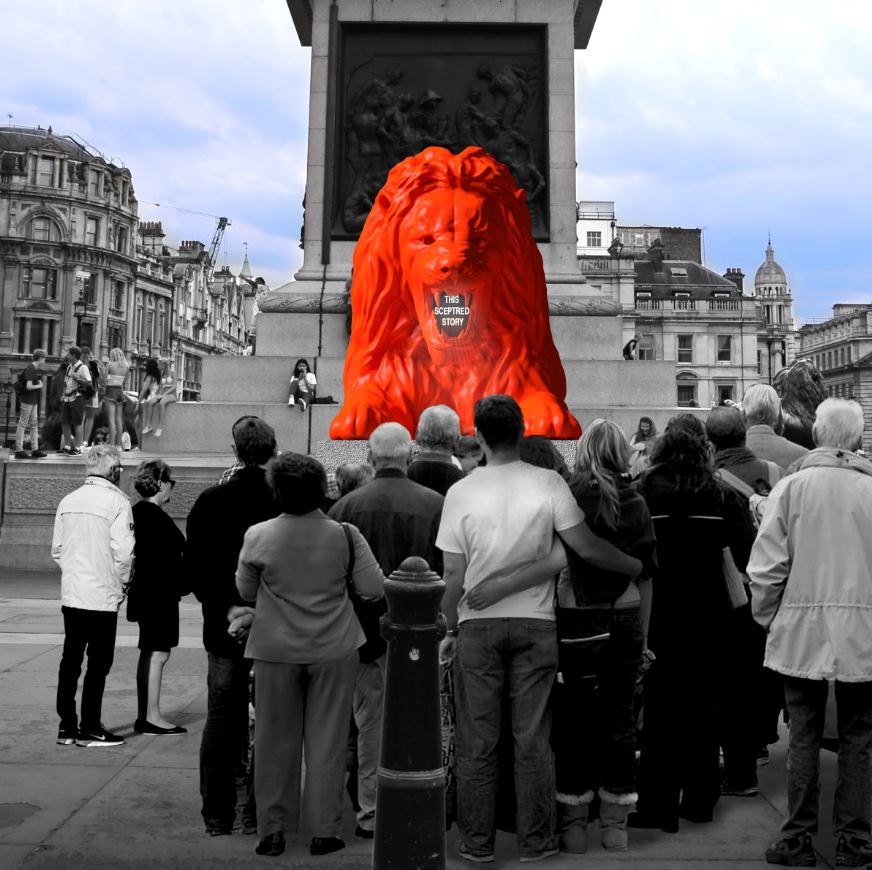