Clubzero (formerly CupClub) had rolled out its first retail network in Palo Alto, California, when the pandemic hit. The reusable coffee cup system had partnered with brands like Starbucks and McDonald’s in America, explains founder Safia Qureshi, and more brands were getting in touch about participating. “It was boom time,” she says. “But it didn’t last because the pandemic hit – we had to shut everything down.”

Returning to London prompted a rethink for the brand, according to the founder. Clubzero aims to provide a circular system by supplying reusable cups and to-go containers to cafes and restaurants. After customers have used them, they return them to the drop-off bins. These are then collected, washed, and returned to sites for reuse. Users need to register on the app, and retailers scan QR codes for every purchase. 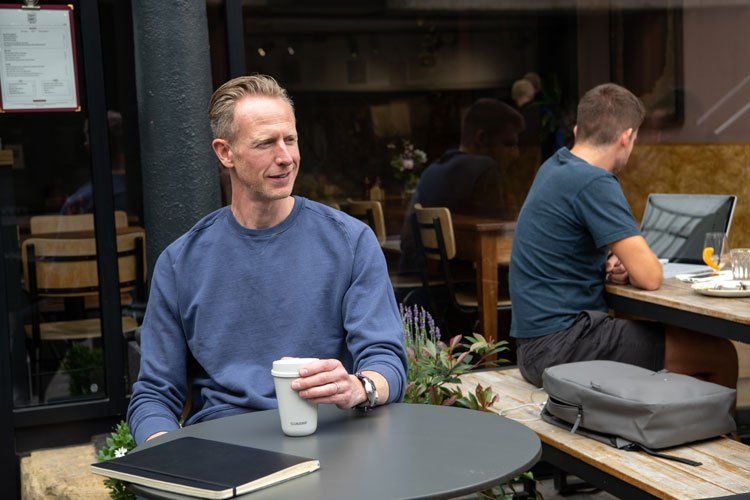 “If we’re designing for takeaway, we have to follow where people go,” Qureshi says about the effect of lockdown when more people were staying home and ordering in. The new brief required a “bolder vision” for the brand and a name that moved away from the beverage-specific zone, which resulted in Clubzero. “It’s about zero waste, community and giving consumers an option in the same way that they have an alternative to meat and dairy,” Qureshi adds, likening it to Impossible Foods and Oatly.

Qureshi points out that this move has been accompanied by legislative measures too. Scotland, Wales and Northern Ireland have plans to ban single-use plastics like straws and cutlery, while the government recently announced plans to clamp down on single-use items (including plates and polystyrene cups) in England. Even with this momentum, launching the company successfully required careful thought across branding, UX and product design, she explains. 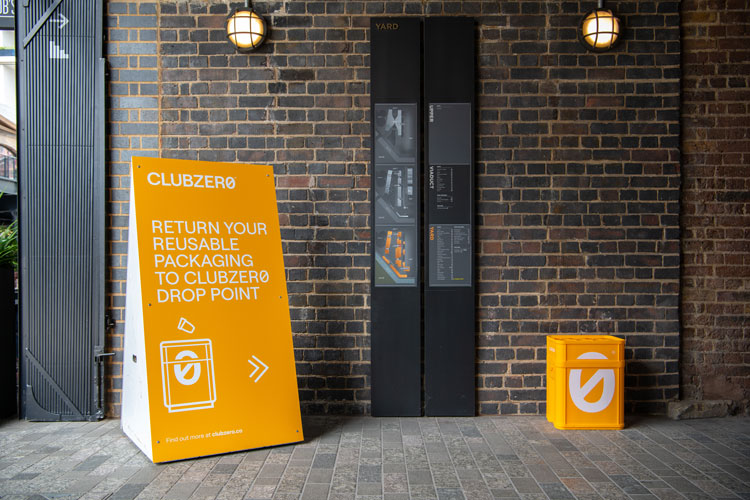 The new logotype features a slashed zero glyph which replaces the uppercase ‘O’. This can then be used as an icon throughout the identity, on the app or on bins, for example. The team also worked to make it easy for cafes and restaurants to join the scheme, Qureshi explains. Existing logos can be integrated with the logotype’s ‘Zero’, while Clubzero will collaborate with potential partners to create their own branded packaging. The distinctive yellow has been retained, a helpful indicator for people unfamiliar with the drop-off points, Qureshi adds. 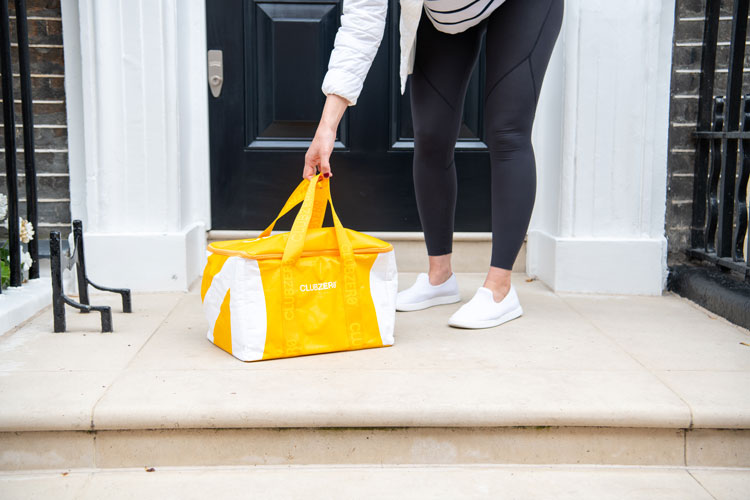 The identity is not the only update for the brand. The packaging has also been redesigned with the help of Vincent Villeger, previously head of packaging design at Burberry. Villeger’s background in luxury packaging added an intruging challenge for the new work. As Qureshi explains, Clubzero’s brief has always had to toe a line. “The cups need to be designed so that people will like and return them vs. people will love them and keep them,” she says. “It’s so difficult as a brief because designers want to make things beautiful.”

Qureshi believes they have achieved this – the new design maintains a “functional aesthetic” but is “elevated with more texture and subtle details”. Cups and containers are available in more sizes, and they’re now made from a single material (polypropylene) for ease of recycling, Qureshi explains. The team has stuck to plastics as a way to keep the system “commercially attractive”, she says, and it’s lighter which means less Co2 across distribution. Packaging can now be washed 250 times before it is recycled. 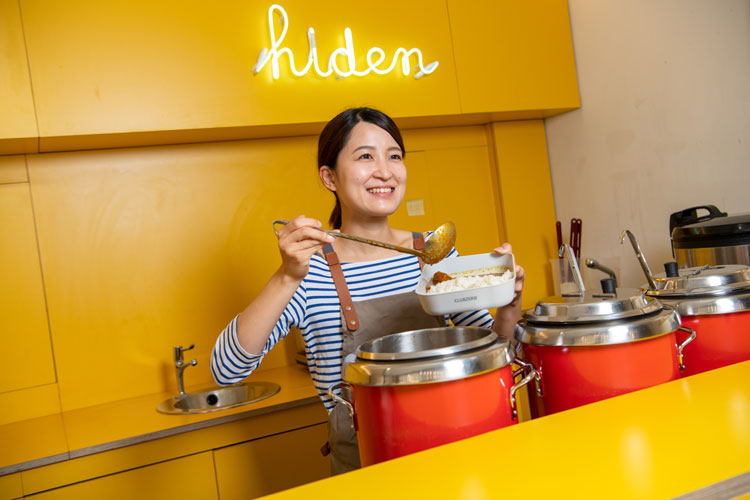 While Palo Alto is on pause, Clubzero has launched its first permanent retail network in London’s King’s Cross, in partnership with brands like coffee chain Notes and Petersham Nurseries, a distribution platform (Just Eat) and the area’s development partner Argent. It is what Qureshi calls a “city cluster”, a key strategy for Clubzero.

“Density is critical when we look at launches,” she says. “We’d rather approach five brands within walking distance to each other, instead of five locations over London.” It would mean you could enjoy a latte at one location, walk ten minutes, and drop it off at a nearby bin, she explains. 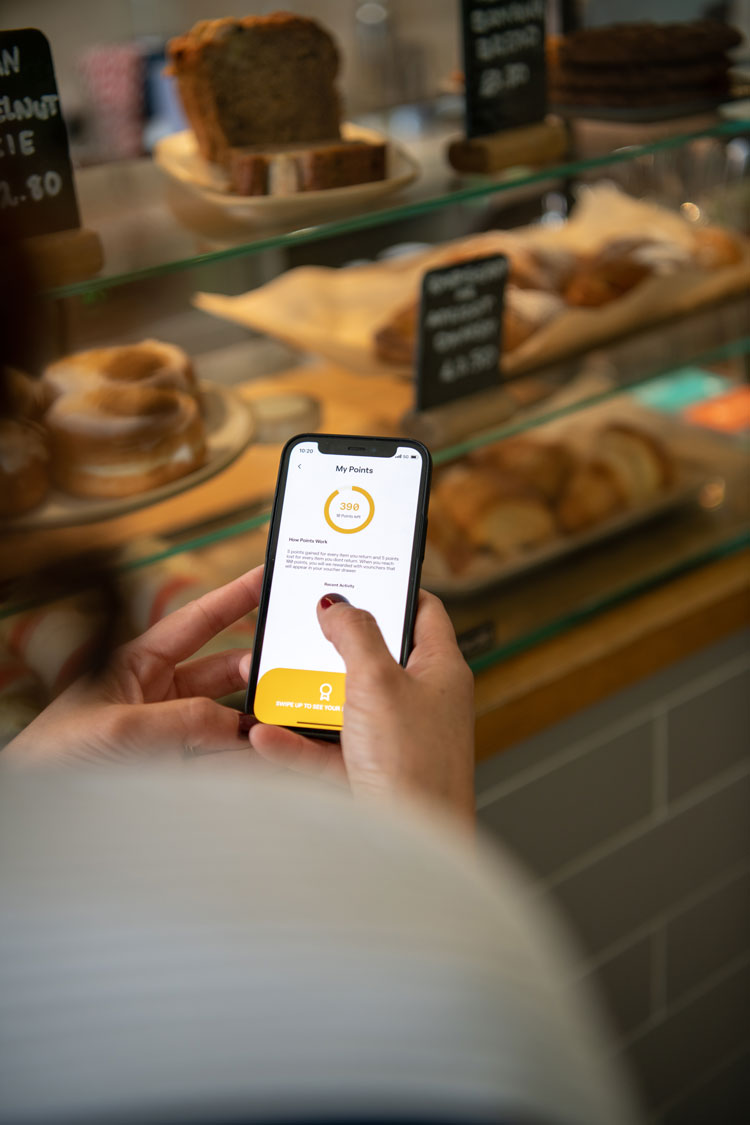 The main challenges for the the roll-out come from Covid and visibility. “Post-Covid recovery has really slowed down,” Qureshi says, explaining that there have understandably been distractions for brands as well as uncertainty around supply chains.

Another key area is creating enough visibility for Clubzero, which could be a challenge while footfall is lower. Roope has helped to design a photographic campaign – ‘Heroes of Zero’ – which puts a spotlight on people’s favourite baristas. “It’s a very neighbourhood-based way of saying ‘try it out’,” Qureshi says. “Consumers need to know they have options.”