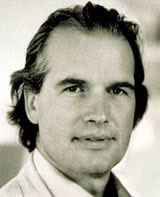 Standing down at the end of their term are Tutssels Enterprise IG executive creative director Glenn Tutssel and The Partners creative partner David Stuart.

Both Powell and Collister have education high on their agenda.

Powell says he does not see a huge difference between creativity in design or in advertising. ‘I am fighting hard for those disappearing values in design education, which will undermine the health of our businesses,’ he says.

Collister believes he can ‘help push training higher up the agenda in ad agencies and design consultancies’.

Let’s aim to pick up where SuperHumanism left off