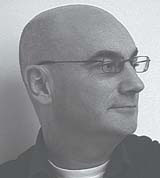 After many years of decline, is print finally dead? Adrian Shaughnessy thinks the falling demand for glossy brochures could be the final nail in the coffin

It will hardly come as news to designers, but maybe, just maybe, print is finally dead. Graphic design has had a significant screen-based sector for over a decade, and print’s demise has been predicted ever since.
David Carson floated the notion in the title of his 2000 book, The End of Print, and Malcolm Garrett stirred the flames when he provocatively announced – at the beginning of the digital revolution – that the book was dead.
Now, of course, print isn’t dead. There are more newspapers, books and magazines printed than ever before. There are probably more Argos catalogues published each year than there are sentient beings on the planet, and print is as prevalent as it’s always been. But, what is undeniable, is that there’s less fine print around. By ‘fine print’, I mean high-quality, top-of-the-range, well-funded, elegantly designed brochures, documents, posters and stationery. And the reason for this is that vast amounts of communication have migrated to the screen. Clients, who might once have commissioned sumptuous print items, now turn to the Internet, mobile phones and broadcast media to get their messages across.
Recently I’ve encountered three strong indicators that graphic design has entered a post-print era. The first was when I compiled a book devoted to contemporary brochure design. I approached a number of well-known British, European and American designers – many of them ‘household’ names. Naturally, a great many submitted material, and I’ve managed to fill the book with splendid examples of the art of brochure design (although mostly from the cultural sector and paper companies).
But the really surprising thing was the number of designers who said, ‘Sorry, don’t do brochures anymore. Haven’t been asked to do one in ages.’ This struck me as odd. Brochures are a staple of graphic design, and there’s something elemental in the laying out of sequential pages that is fundamental to the print-based graphic designer. Graphic design without well-designed brochures is an eerie prospect.
The second insight came after bumping into an established design industry printer who is no longer a printer. He’d previously run a well-regarded press, dedicated to high quality print, but he found it was no longer economically viable, and, like a master thatcher seeing the dwindling demand for thatched roofs, he decided that it was time to do something else.
The final piece of evidence for the prosecution was provided in the pages of Design Week, where it was reported that some research produced by the Design Council and the DBA (DW 22 September 2005) contained the following observation/ ‘More designers are working in the digital and media areas than in any other business.’
So, it’s official – graphic design is mostly about the screen and digital communications. But is print dead? No, but opportunities to design high-quality, ground-breaking, soul-lifting printed communications are getting fewer and fewer. And yet it’s not all bad news for print junkies: as digital print reaches new levels of sophistication, a new arena of possibilities opens up – not the least of which is print-to-order, with its huge benefits to sustainability. Perhaps print is not dead after all – it just smells different.