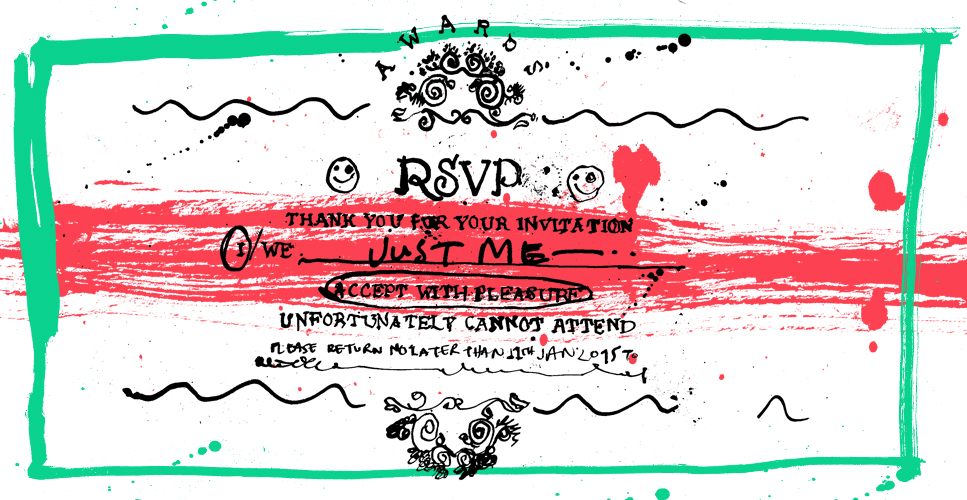 I once said, to a peer on my illustration degree course, that if I should ever be presented with a lifelong contract to work as an illustrator, on an average salary, that I would sign the document in blood. That’s how far-fetched the idea seemed in 2006 when the big, bad real world came knocking on my tax-free door.

Just to be clear, I’m an illustrator now and have been, full-time, since November 2008. So how on earth, in the inaugural Dot London Awards 2015 have I – as a sole freelancer – been shortlisted in the final six for the creative agency of the year award? It’s left me scratching my head over the past few weeks.

But now that I’ve put the kettle on and deconstructed the past few years of my career evolution, I realised that maybe this isn’t down to some loophole or secretarial error.

A period of establishment

The period 2008-2010 was more or less exclusively about establishing myself as a decent quality editorial illustrator. It was a feasible entry point into the arts, where there are more opportunities for new graduates given its lower risk and less bureaucratic nature than, for example, the advertising world.

In my third year as a professional, after a few productive trips to London, I met the right people, who brought me in to work on animated television trailers for Channel 4’s Skins and murals for a series of major UK branches of high street clothing retailer, Next.

My one-dimensional editorial client base prior to those breakthrough commissions meant that I was yet to see much work coming in outside of publishing.

Taking any opportunity that came

The period 2010-2013 became a harebrained odyssey of accepting any opportunity that presented itself to me. Channel 4 continued to pair me up with experienced animators. I formed a music industry side project called Quenched Music, combining my image-making talents with the literary skills of friend, music writer, DJ and producer Dirty Freud to support musicians and record labels. A local director/filmmaker trusted my adaptability and employed me as art-director on several independent movie projects.

All of this moonlighting brought risks and quiet spells, but the adversity brought about other positive uses of the downtime such as a book deal and a podcast.

At the core of my belonging to the arts is a love of innovation, creativity, collaboration and popular culture. Illustration was my way in, but hard work on music videos, album covers and charity campaigns taught me how to apply the core skills of illustration; creative thinking, eye for composition and understanding the end user’s needs, to projects in other fields, with bigger teams. 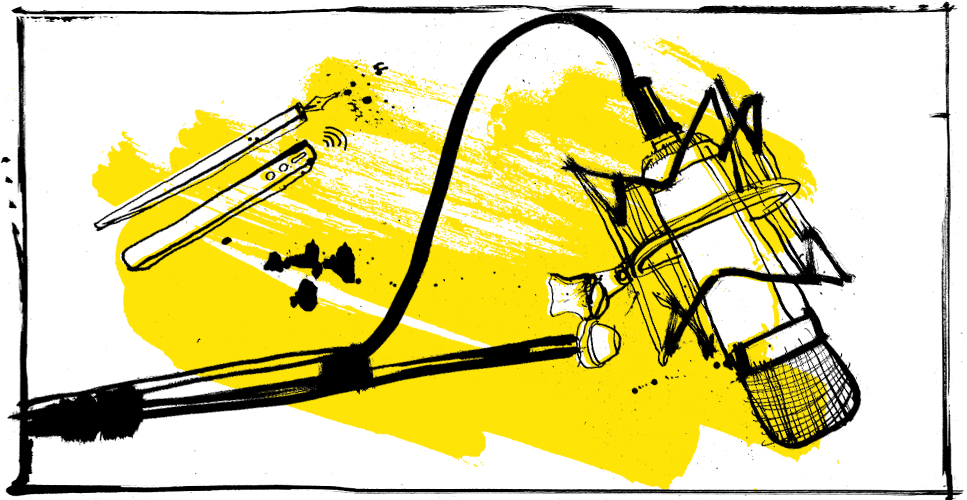 Of course, I felt guilty about this flitting, but with this understanding of the way many fields complemented one another, I saw the opportunity for more long-term stability, excitement and variety if I could learn the nuances and get to know the industry leaders who had the specialist skills that I did not.

On occasion, during my film and music roles I had a budget, but the stylistic shoe did not fit me, so I learned how to art-direct by applying what I had learned from the masters who had steered my work over the years.

In 2013 my rampant exploration of the creative industries all kind of culminated when I took my newfound confidence in my ability outside the illustration world and used it to create a trans-media charity campaign for CALM – a charity aimed at preventing male suicide.

Bringing together graphic designers, photographers, musicians and writers, I behaved like an agency, allowing my peers the freedom to do their job well, but learning how to make executive decisions when democracy became problematic. We got interviews with Danny Dyer, Stephen Merchant, Ken Garland, Caitlin Rose and Mick Foley. We released a charity album featuring The Libertines and The Strokes and were approached by people who had been ashamed of feeling down. They had found our campaign, which championed the emotional benefits of creativity and that was worth the long hours and learning curves I had to endure to make it happen around my client work.

I choose to remain freelance, but now know how to run bigger projects, when the right opportunities surface. It was important for me to go and adventure, to learn what I loved, what I disliked and when I was in over my head.

Others choose to fine-tune exactly what they are good at and not deviate, but my curiosity and love of all arts dissuaded me from that approach. Who knows? I may yet be making the solitary walk from my table to the stage, in the absence of any permanent staff to pick up an unlikely award.

You can vote for him at the Dot London 2015 Awards at http://awards.london/creative-agency-of-the-year.php