A set of design guides has today been launched by the Royal Docks, as it looks to a future of investment and regeneration in the area.

The Royal Docks is an area in the London Borough of Newham. Retired from industry in the 1980s, it is now home to one of the “most significant” regeneration projects in the UK, according to the Royal Docks Team. The area represents the largest body of impounded water in the world.

The design guides unveiled by the team have been created in collaboration with 5th Studio, with the intention of establishing a unified design code for wayfinding, lighting and landscaping. 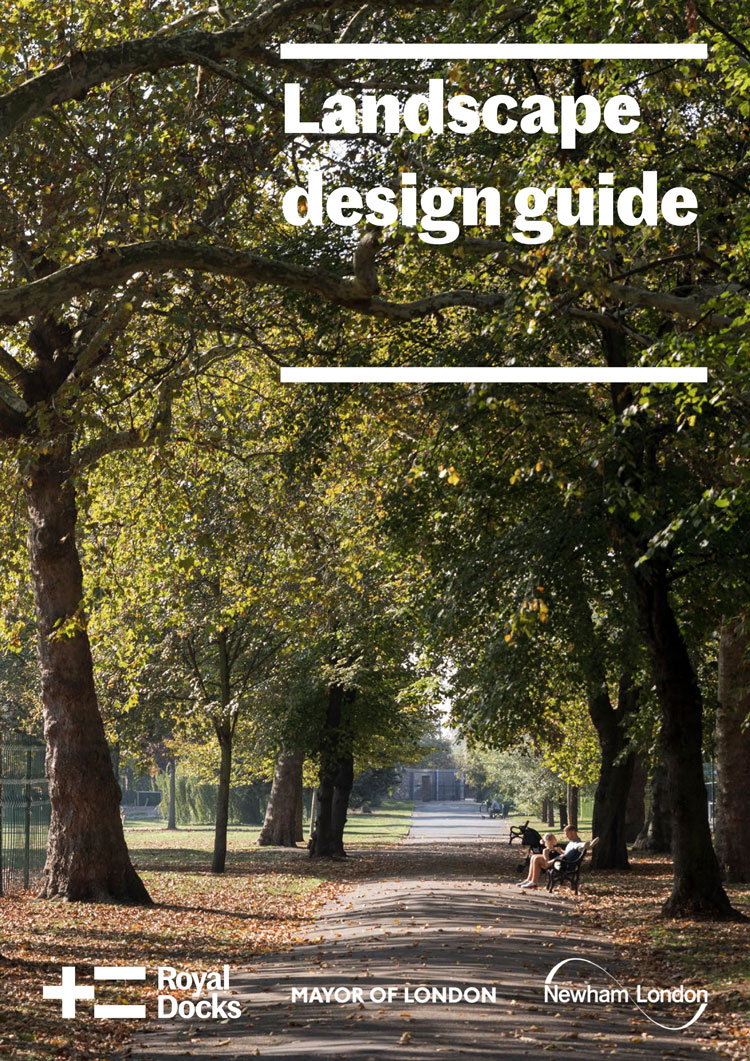 “The work of many hands over an extended period of time”

Tom Holbrook, studio director at 5th Studio, tells Design Week the aim of the guides is to provide “tactical support” to designers and other commissioners working on future projects within the Royal Docks area.

“We’ve recognised that this [regeneration project] is going to be the work of many hands over an extended period of time,” says Holbrook. “The guides aim to give the kind of guidance these people might need to pull it all together and make the whole public realm more coherent.”

Currently, there are a number of developments within the Royal Docks area that are “pioneering” spaces, according to Holbrook. These include London City Airport and the ExCeL Centre. The intention is to create a more unified space in which each part of the public realm is up to the same standard.

The design guides part of this launch focus on three areas: wayfinding, lighting and landscaping. Two more design guides targeted at accessibility and inclusivity will follow in the future.

Focusing on these disciplines, the design guides aim to instil a universal design language while still allowing “character areas” within the Royal Docks area to shine through. These can be landmarks, remnants of its industrial past or natural features, like the area’s shingle beaches and marshes.

“We’ve named all these character areas at the beginning of the design guides so that anyone who comes to this place as a designer can understand the context they’re in,” says Holbrook. 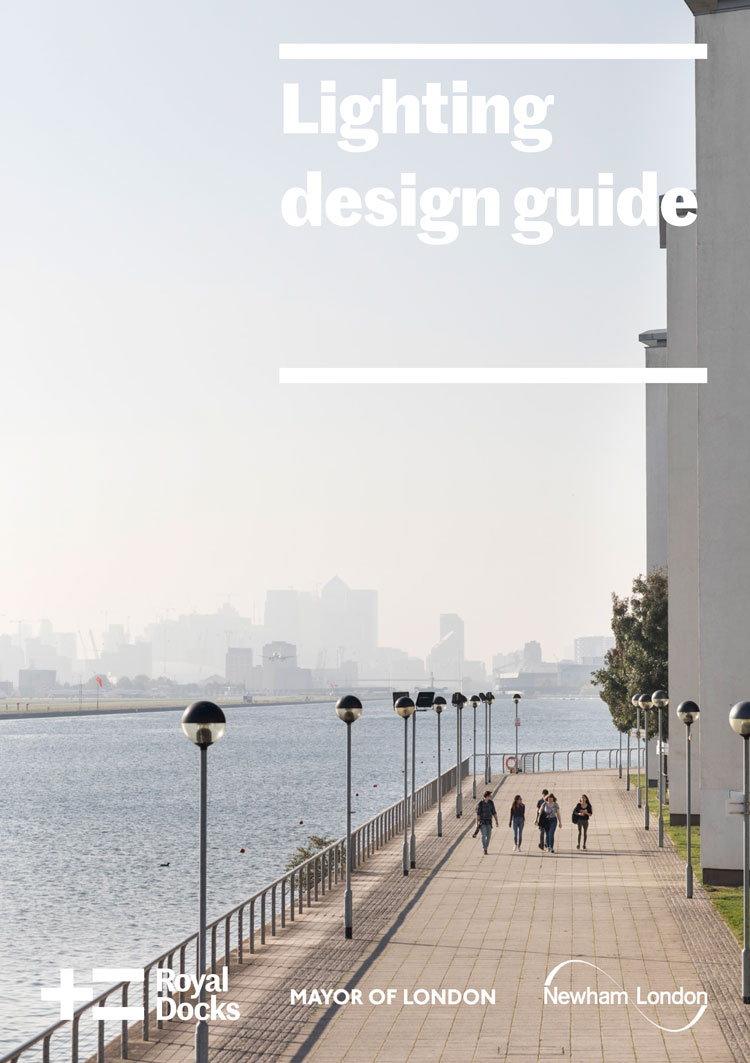 Following the introduction to the area and its features, the design guides then set out a masterplan in each of their respective disciplines.

The lighting guide, for example, sets out common approaches which could be used to better unify the public realm lighting within the Royal Docks. Holbrook explains that previous patchwork development of the area has meant streetlighting is mismatched, so the guide specifies types, materials and even colour temperatures designers should stick to moving forward.

Meanwhile the wayfinding guide stipulates designers should adhere to the Legible London approach. This provides the public with a “dependable” system.

A spokesperson for the Royal Docks Team tells Design Week the benefits of the design guides on the local communities is three-fold. The first benefit will be in setting “a high standard for a quality, consistent public realm” which supports the shift to sustainable transport and contributing to better air quality, health and wellbeing.

“One of the main expected outcomes is the creation of more legible routes, via wayfinding, lighting and landscaping improvements, which ultimately will result in better access to existing amenities and open spaces – there is strong evidence that currently access to local parks is limited by poor-quality walking and cycling connectivity,” they say.

The second benefit will be for local stakeholders and community groups, who will be able to commission their own public realm projects and design work. Finally, the guides will also “support capacity building within local communities”, by providing an accessible reference to review and comment on future public realm schemes, according to the spokesperson. 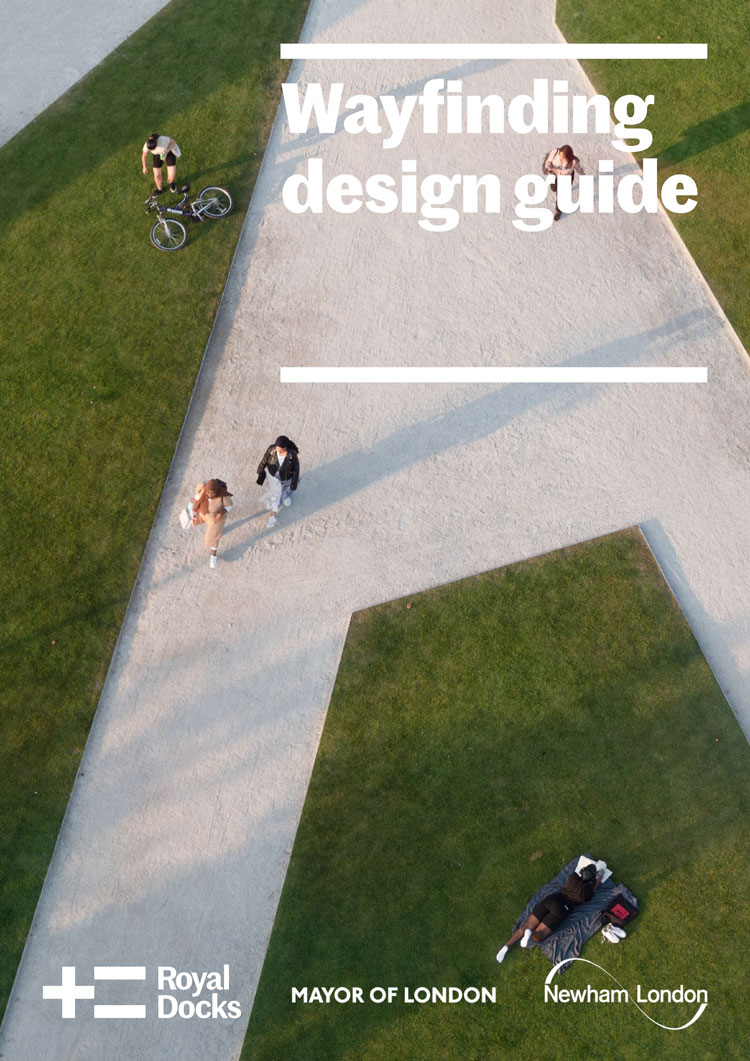 “Avoided the sense that this is a big imposed idea”

One of the biggest considerations for the Royal Docks Team and 5th Studio was finding a unifying design language for the area while also acknowledging the various and diverse communities that already exist there. Home to Canary Wharf, Greenwich and Stratford, the teams needed to honour the differences in these places while searching for unity.

Holbrook says the challenge has been in balancing “the universal and the particular”. The recommendations set forth by the design guides have been informed by consultations with around 200 people living and working within the Royal Docks area, as well as other stakeholders. The result is a “bottom up” approach, Holbrook says.

“We’ve really avoided the sense that this is a big imposed idea,” he says. “This is very much from the bottom up and that is reflected in our understanding what is already there. This is only going to be worth doing if people find it useful.”