“It’s like an optical illusion, where you start to doubt your own brain,” says Christian Boer.

Graphic designer Boer was diagnosed with dyslexia as a child. He explains the condition made school, and later university, a near-impossible challenge. “I could stare at the same two pages for hours – and when I did read, it was wrong,” he says.

When the time came to develop a final project at university, spurred on by his struggles, Boer designed the prototype version of Dyslexie – a typeface designed for dyslexic people which aims to make reading easier. 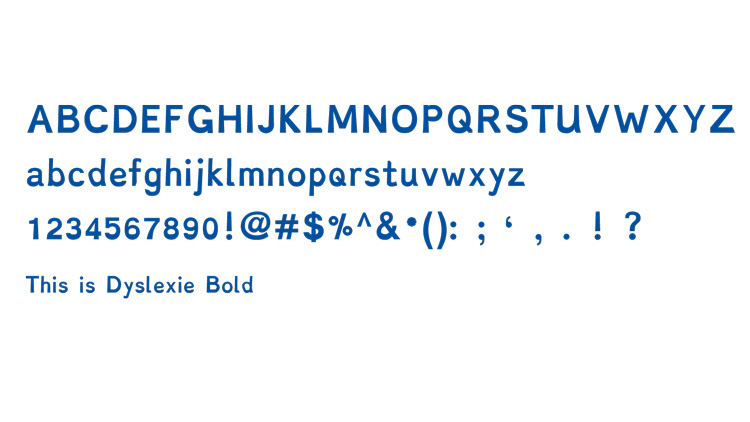 “I never set out to create something beautiful”

In the years since his final project, Boer has worked to hone Dyslexie, and expand its use and capabilities. He now has a team, and together they work on things like developing Google Chrome extensions and WordPress Plugins and Dyslexie Office, which aims to be a “fully replaceable” software alternative to Google Docs or Microsoft Office.

While those in the dyslexic community have largely welcomed and embraced Boer’s typeface in the years since its launch, Boer says the reception hasn’t always been a warm one. He recalls with a smile Dyslexie’s detractors. “I had teachers during my final project, and a few afterwards, who said the typeface broke too many rules and looked a mess,” he says.

“I have always reminded those who call Dyslexie ugly that I never set out to create something beautiful – I wanted to design something readable for me and others like me,” Boer continues. “I’m not trying to make pretty postcards with it.”

“I used my struggles to help me create”

That said, there is a certain intrigue to the letterforms that make up the Dyslexie alphabet. The typeface uses a mix of heavier baselines, different letter shapes and longer ascenders. These elements all serve to make reading as a dyslexic easier, according to Boer.

The process of developing the typeface was quite a cathartic one, Boer says. “I used my struggles to help me create it and it was really one of the first times I actually visualised what was happening to me as I tried to read,” he explains.

Boer references issues like mirroring, turning and flipping – as people with dyslexia read, they often find letters move in these ways, making words and sentences almost impossible to read. By differentiating each letterform in different ways, this helps stop letter movement from happening, he explains.

Research conducted over the years by various universities suggests nearly three quarters of dyslexic readers can read faster when the font is used and that they make fewer mistakes.

“A short-term and close-minded approach”

Dyslexie is a typeface that has been specifically designed with accessibility for dyslexic people in mind. But as typographer Bruno Maag’s work and research explores, typefaces don’t necessarily need to be purpose-built to be accessible, and dyslexia isn’t the only condition that can be addressed.

The group was founded with the mission of helping companies navigate accessibility. Maag says some companies in the US get sued as often as every two years for not investing in the accessibility of their brand. In 2019, the Supreme Court ruled in favour of a blind man who claimed the Domino’s website was inaccessible to those with disabilities. It was one of 2,200 similar suits filed the previous year. “They’ll often factor the payoffs associated with the lawsuit into their budgets, rather than actually making a change to become more accessible,” he explains. “It’s a short-term and close-minded approach”.

“The Readability Group is dedicated to helping businesses test their typographic decisions before rolling them out completely,” Maag says. The group’s advice is informed by data. Earlier this year, it put out an online survey which ended up providing “around 400,000 data points” for the project, Maag says. “It’s like a four-dimensional database,” he says.

Certain typefaces performed better than others – and even some usually lauded for their accessibility like Comic Sans and certain “dyslexia fonts” did worse than expected.

A typeface doing badly in the survey isn’t a reason to shun it completely though, Maag says. Rather, the results of the survey offer suggestions, or a “push in the right direction”. In all cases, he encourages brands and designers to really assess who their audience is.

All typographic decisions, he says, fall somewhere within an emotional-technical-functional triangle. “Emotional refers to how you react to something, functional is how well you can read it, and technical is how it has been built for purpose,” explains Maag. Depending on who you’re designing for, the project could be closer or further towards one point than others.

“Depending on your brand, you might want to sacrifice some of the function to ensure more emotion and thus personality for example,” Maag says. “But if you’re looking to create something with wide appeal, you need to consider the whole triangle in unison.”

Considering your audience is also a lesson that Monotype type director Phil Garnham stresses. Garnham gives Fontsmith’s work with learning disability charity Mencap as an example (Fontsmith was acquired by Monotype in early 2020). “In that project we undertook lots of research to be able to find the right typographic approach for Mencap’s audience, which is vast,” says Garnham.

This research required analysis of different fonts, sizes, colours and spacing. The result was FS Me, which the foundry says is a “benchmark in accessible typeface design”. But Garnham also highlights that branding with an accessible typeface doesn’t necessarily have to be as huge an undertaking – and that thinking this way is often a barrier to brands embracing accessibility.

He gives the example of Monotype’s recent work with mental health charity Mind, which featured an altered version of FS Meridian. Together with the DesignStudio team, who led the rebrand, Monotype analysed the letter shapes and spaces and made subtle changes such as narrowing proportions, opening character spacing and increasing ascenders.

“I think a lot of brands think they need to invest in a bespoke typeface in order to be accessible, when the reality is we can do amazing things when we’re working with an existing font,” he says. Garnham adds that bespoke touches can still be added this way – for Mind, the team created a suite of hand drawn punctuation marks, which he says are easier to see while also adding personality.

Garnham says this point is one of many that can put brands off of typographic accessibility. Another is that there is no real standard for accessibility in the UK. “The government simply recommends Arial in 12pt, but we know that isn’t good at all,” he says. The discrepancy in personal opinion doesn’t help either.

“As a designer, we bring a lot of ourselves into the creative process and what is readable to me isn’t necessarily the same for everyone else,” Garnham explains. “It’s a balancing act, when it comes to branding.”

Maag concurs: “There’s no such thing as a truly accessible typeface, but that doesn’t mean you can’t work to make sure your brand is as readable as it can be.”

“In my experience I’ve found that most people aren’t demanding you make changes for them to make things accessible, they’re simply asking you to stop creating more barriers.” 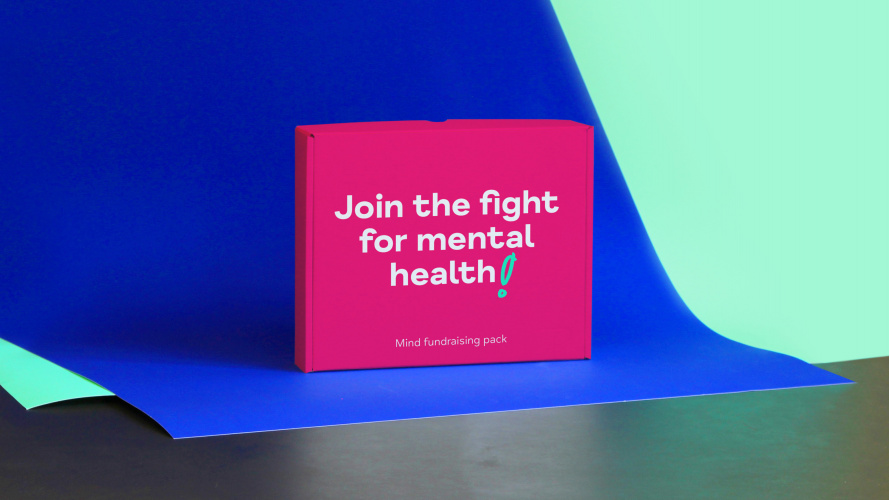