Pharmaceutical company GSK has revealed a rebrand, as it refocuses its efforts in the area of “biopharma innovation”.

London-based consultancy Wolff Olins is behind the new look, which includes an updated logo, bespoke typeface, and motion assets.

The rebrand follows GSK’s announcement earlier this year that its consumer-facing products – which include Sensodyne and Panadol – will be housed under a separate brand entitled Haleon. In May, the British pharmaceutical company also changed its name from GlaxoSmithKline to simply GSK.

“GSK is moving towards our most significant corporate change in 20 years with the demerger of our Consumer Healthcare business, Haleon,” says GSK CEO Emma Walmsley. “GSK will now be purely focused on biopharma innovation,” she adds, outlining ambitions for development in the health, science and technology sector.

In an attempt to meet GSK’s redefined goals, Wolff Olins looked to the imagery from the biosciences sector. Wolff Olins global executive creative director Emma Barratt explains that the hope was to embrace “extraordinary adaptability” in multiple forms – from the human immune system, to technological possibilities and GSK’s own staff.

This meant that the identity had to “retain a feeling of constant innovation” but also be balanced with a “need for warmth”, Barratt says. These include curved forms which “evoke the highly adaptable nature of the human immune system”; they can be seen on multiple touchpoints including staff apparel and printed materials. 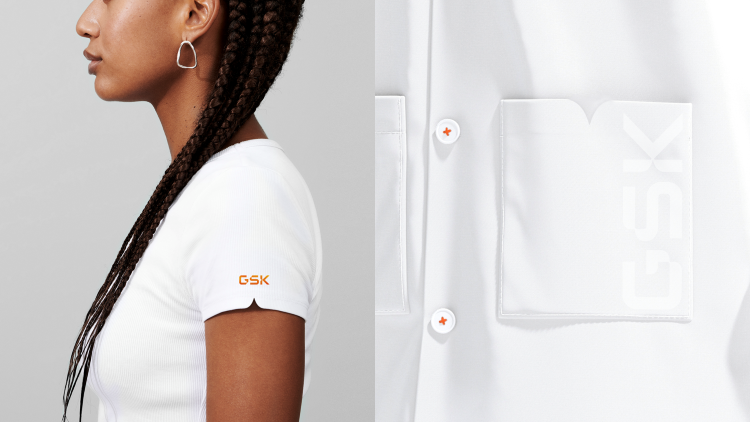 While the new logo retains the previous branding’s orange hue, it is now housed in a new shape called the “signal”. The colours have also been inverted. The company’s name now appears in uppercase rather than lowercase in the logo.

According to the design team, accessibility was a significant focus for the rebrand, and assets have been tested for legibility across digital and print uses. Manchester-based type foundry Face37 worked on a bespoke typeface for the new identity, in line with these accessibility aims. A suite of motion graphics has also been crafted. 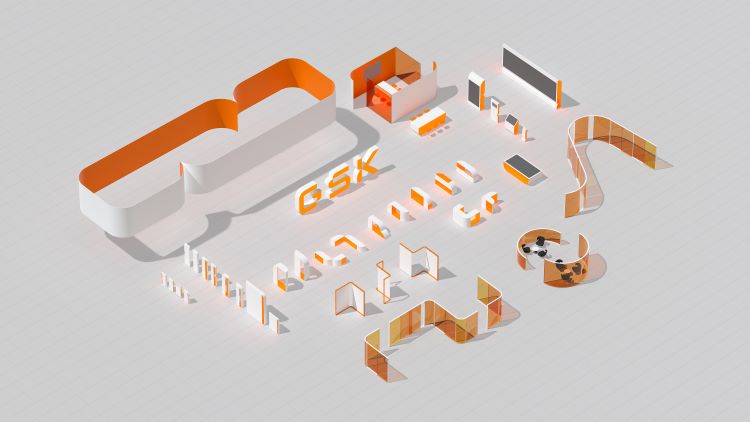 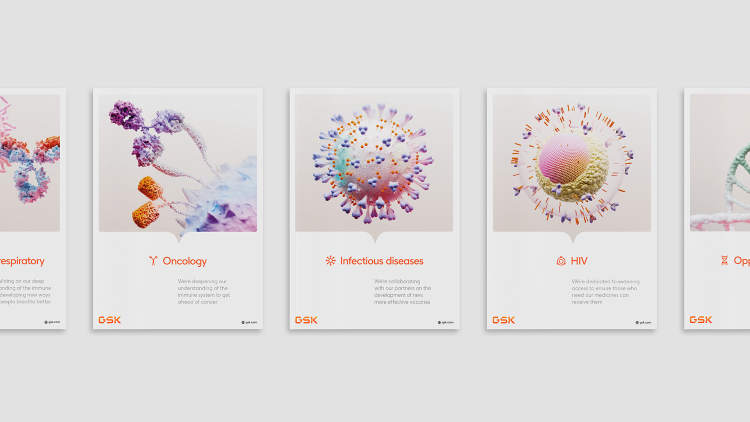 What do you think of GSK’s rebrand? Let us know in the comments below.