Manchester-based designer Craig Oldham has revealed a new book titled The Shining: A Visual and Cultural Haunting, which explores in depth the cult classic horror film that has captivated audiences around the world since its release in 1980.

Due to be published by Rough Trade Books later this year, the nearly 400-page tome has been created in the style of the mysterious manuscript that protagonist Jack Torrance (Jack Nicholson) is seen working on in The Shining. 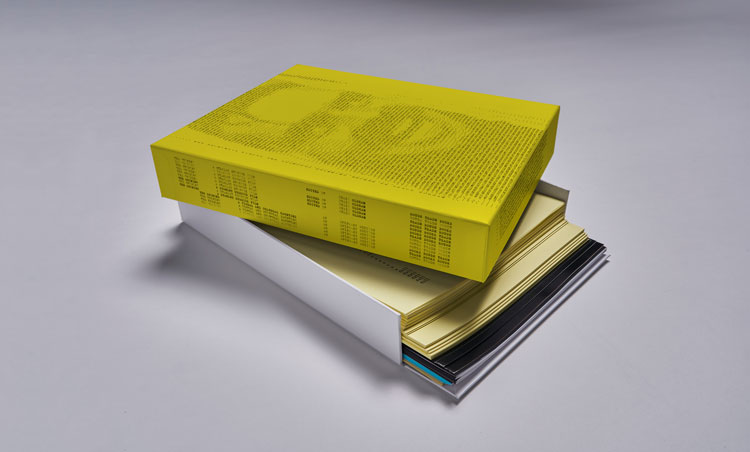 This project forms part of Oldham’s ongoing publishing venture Epiphany Editions, which attempts to recreate – and build upon – fictional books that appear in films as props, such as the symbolic black and white magazines found on the newstand in John Carpenter’s 1988 sci-fi They Live.

Oldham reimagines the contents of these printed artefacts, which often have some part to play in the film’s overarching narrative, using their physical form as a container of sorts within which to study, investigate and question the film. 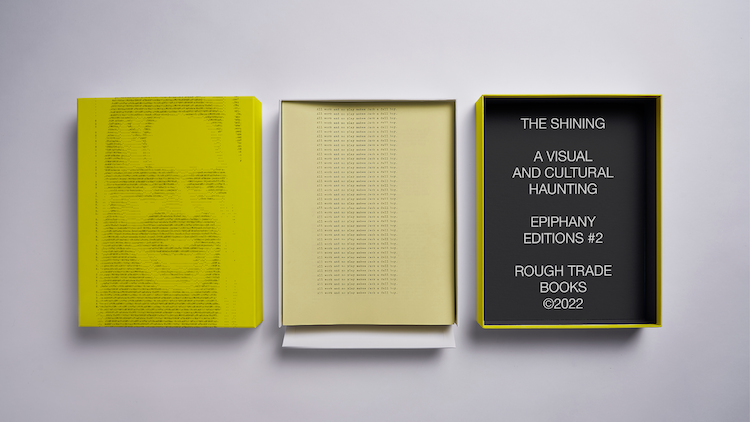 In his upcoming release, Oldham explains that he sought a deeper understanding of director Stanley Kubrick’s celebrated adaptation of the seminal novel by Stephen King. He aimed to probe its underlying themes, its long-lasting impact, and its reception by film critics and the general public.

Where the latter is concerned, Oldham acknowledges a gap in existing critiques of the film, which are frequently authored by male writers and speakers, and has instead invited a host of female contributors to discuss the film from new angles.

These assessments explore the film’s relationship with women, domestic violence and mental illness. Elsewhere, other contributors such as Cosey Fanni Tutti, Margaret Howell, James Lavelle, Gavin Turk and John Grindrod re-examine it through the lenses of music, art, fashion, mythology, gender, and more.

However, the list of writers and interviewees is crowned by two particularly noteworthy figures from the film’s history: actors Shelley Duvall and Danny Lloyd, who play protagonists Wendy Torrance and Danny Torrance respectively.

“These commentaries and critiques all weigh-in on different perspectives from an underrepresented community in Kubrick criticism,” says Oldham. “That felt like the right way to address this book.” 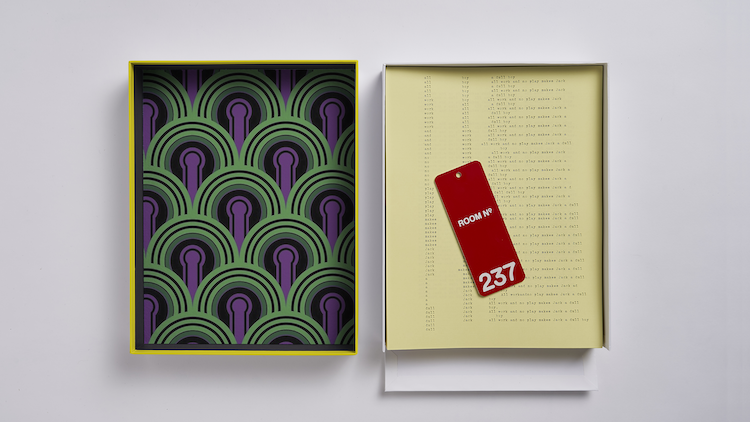 The book itself pays clear homage to The Shining’s visual language, replicating not just the style of Jack’s manuscript, but also other elements of the film, such as the patterned carpets found in the Overlook Hotel (where the story takes place), various pieces of artwork found on its walls, the key fob for Room 237, Jack’s burgundy corduroy jacket, and the knitted Apollo 11 jumper worn by his son Danny.

These key props and decorative objects sit alongside various booklets made in the style of the film’s intertitle cards, which contain essays written by several of the contributors. Elsewhere, textual parts of the book are presented on loose-leaf yellow paper, almost identical to the paper used by Jack for his manuscript.

These are typed out using characters and symbols from the exact model of typewriter that Jack can be seen working on throughout the film – and which he eventually uses to pump out hundreds of lines containing the film’s infamous phrase “All work and no play makes Jack a dull boy.” 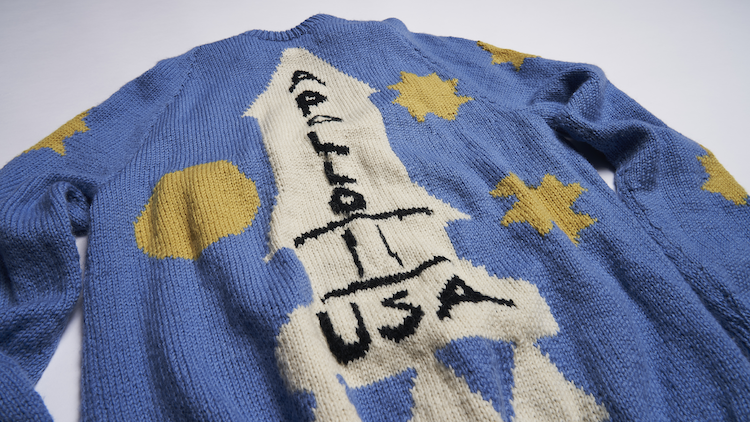 Reflecting on the three years it took to produce the book, Oldham says such an intensive period of engagement with it has transformed his perception of The Shining.

“Studying the film as a text and as a piece of cinema for research and critique changes it indefinitely for you. You begin to identify with different characters, which alters the way you see the film,” Oldham says. “Aside from that, spending so much time with one story ultimately makes you respect the detail, craft, and thought that not just Kubrick employs, but all filmmakers.” 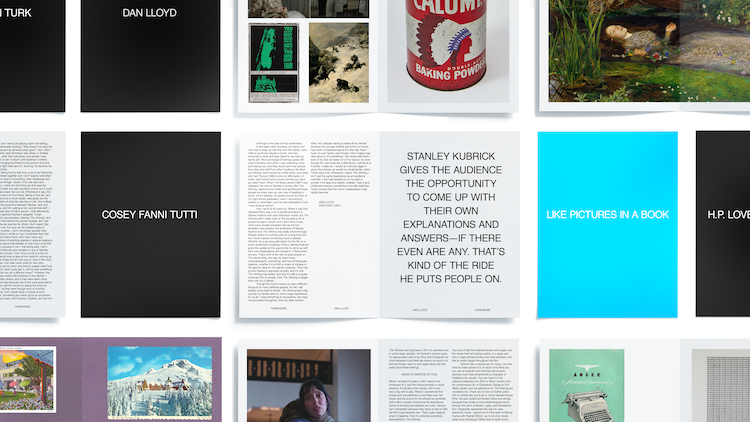 The Shining: A Visual and Cultural Haunting recently hit its funding target. To find out more information and to support its production, please visit the book’s Kickstarter page.