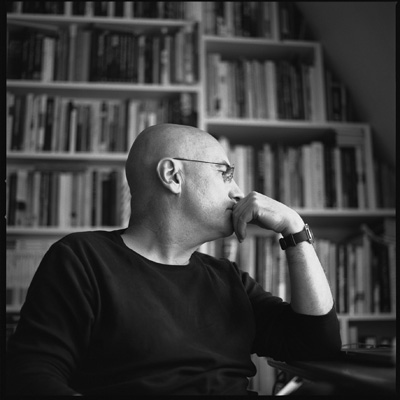 For as long as I can remember, I’ve preached the doctrine of designers getting into bed with their clients. Figuratively speaking, of course. All my professional life, I’ve advocated – and practiced – the concept of getting as close to clients as possible. I’ve signed up to the clichés that we all spout: we must understand our clients; we must know their businesses inside out; we must form partnership with them.

There is truth running through all these timeworn pearls of wisdom. Certainly, we can’t hope to produce good results if we don’t understand the fundamentals of our clients’ businesses, or grasp who their audiences are. Many designers – especially the big design groups – are so enslaved to this idea that they have spent the past three or four decades turning themselves into clones of the companies they work for.

But is this really the best way to help clients? I used to think it was. Now, however, I’m coming round to the view that it is better for both client and designer if the designer remains an outsider.

I was led to this thought while delving into the debate around ’design thinking’. Like most designers, I’m attracted to the idea that designers have a special way of thinking that offers an alternative to the research-based, deductive thinking as practiced in most businesses.

But I struggle to define the distinction between creative thinking – which is not confined to designers – and design thinking. Are they really any different? From my own experience as a designer, and being around designers, the nearest I can get to a definition of design thinking is many designers’ ability to do ’what if thinking’.

By this I mean the ability to put forward radical and sometimes contrary ideas that fly in the face of logic, but are born out of an intuitive grasp of human psychology and the creative impulse.

In a recent post on the Core 77 website, the writer and usability expert Don Norman debunks the notion of design thinking. He writes, ’Design thinking is a public relations term for good, old-fashioned creative thinking. It is not restricted to designers. Great artists, great engineers, great scientists all break out of the boundaries.’

I don’t agree with Norman’s outright dismissal, but he also makes the observation that within organisations individuals often ’find it difficult to break out of the traditional paradigms, for usually these seem like givens, not to be questioned. Many of these beliefs have been around for so long that they are like air and gravity: taken for granted and never thought about.’ Few would disagree. But he goes on to note that designers can often break through this rigidity due to their outsider status: ’Outsiders bring a fresh perspective, particularly if they are willing to question everything, especially that which seems obvious to everyone else. It helps to be an outsider, where tradition and existing corporate policies do not apply, where it is OK to break with the standard way of doing things and where one’s promotion or bonus is not in jepoardy.’

It might be hard to convince the brand mangers in large corporations that being an outsider is the best way to help them, but the irony is that many designers are outsiders anyway. There are many reasons for this. The design education system sits apart from mainstream education, and despite the towering importance of design in commercial life, design is still not fully recognised as a ’grown up’ profession by Government and decision makers. Designers worry about this – but perhaps our outsider status is our greatest asset?