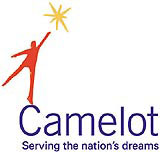 Camelot has launched an updated corporate identity designed by Smith & Milton, which is being used to overhaul the company’s image after its new seven-year National Lottery licence came into effect in January.

Smith & Milton’s work represents a ‘complete change’ of the company’s identity and is intended to ‘reflect the thought’ of its new strapline ‘serving the nation’s dreams’, says Smith & Milton head of design Stuart Redfern.

Camelot’s previous marque was based on a griffin. Redfern adds, ‘It’s a more supportive and humanising identity that is intended to appeal to both internal and external audiences. The modern, clean and functional design style is the antithesis of the medieval, heraldic style that went before.’

Landor Associates’ work on the National Lottery brand identity (DW 7 June 2001) is ‘still on course’ to be rolled out in May, says a Landor spokeswoman.

It is believed to involve a ‘refreshment, [but] not a complete change’ of the National Lottery’s crossed-fingers identity.