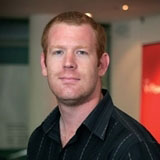 The integrated communications group has brought in Normanton (pictured) to build up a consulting offer that will ultimately pitch for its own clients, as well as service the agency’s existing clients.

Although hailing from an ad agency, Normanton says he wants to base the design division on the model of Saatchi & Saatchi Design, which operates as a separate company within the agency.

‘I spent a couple of months at Saatchi Design in Australia and decided I wanted to set up a design group within an agency, which could provide backing. The Saatchi Design model is something I want to build on,’ says Normanton.

Proximity London is part of Omnicom-owned Proximity Worldwide and currently employs two full-time designers, along with a similar number of freelances. Normanton intends to double this in the short-term, before adding another two or three employees – including one in a new business role – to take on external clients.

‘Agencies are having to re-evaluate themselves; the lines are becoming very blurred in integrated agencies now. It is in an interesting position to have a design consultancy within an agency,’ he adds.