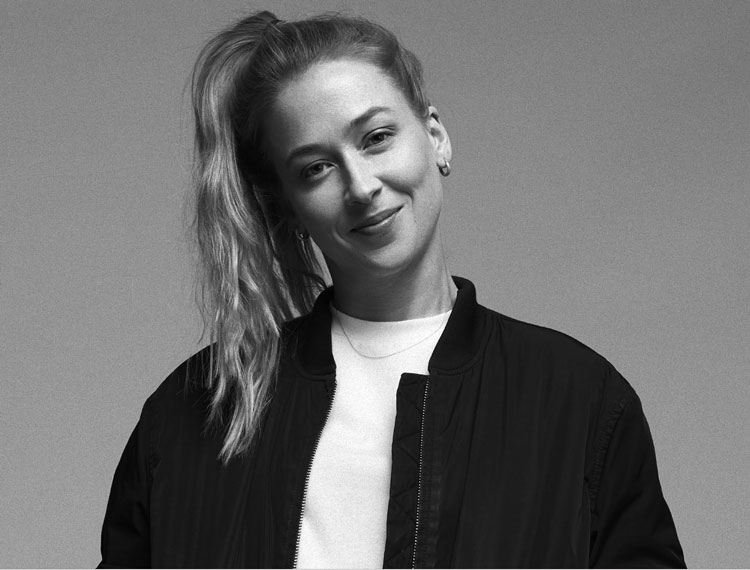 Animator and director Anna Ginsburg gave a frank and open talk, sharing personal stories and thoughts behind her work.

The London-based filmmaker spoke about her passion for animated documentaries, a “powerful, up-and-coming genre” that uses illustration to tell true stories and explore difficult topics that people may find hard to discuss on camera.

“Sadly, we are all quite judgemental,” she said. “A drawing acts as a protective layer, so it’s easier to empathise.”

Her short, animated film Private Parts came out of a realisation that female sexuality and pleasure were still considered taboo and “pervaded with shame”, and “images of vaginas” were primarily only seen in pornography or medical textbooks.

The film, which aired on Channel 4 and includes visuals by illustrators from around the world, features a selection of talking male and female genitals, teamed with a voiceover of people sharing their thoughts on sexual topics.

Another of her films explores ever-changing female beauty ideals and the pressure on women to conform to them. The video depicts a series of animated female forms, including plump, ancient fertility goddesses, stick-thin models and the curvaceous reality star Kim Kardashian, blending into each other. What is Beauty, which she said was sparked by a family member’s struggle with anorexia, was released last year on International Women’s Day.

Jon McNaught: inspiration can be found in simple things 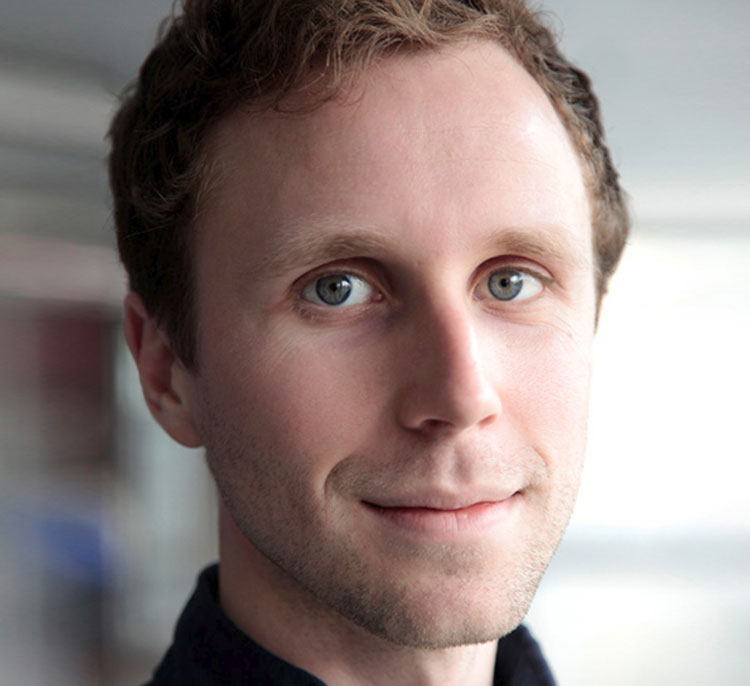 Bristol-based illustrator, printmaker and comic artist, Jon McNaught, who is behind a series of evocative, wordless comics, including Kingdom, Dockwood and Birchfield Close, spoke about his inspiration and technique. His books are nostalgic, drawing on memories of childhood, camping trips, “hopping around in sleeping bags”, summer jobs and “dreamlike” memories of landscapes, featuring limited colour palettes.

He first discovered print-making while studying illustration at university, experimenting with different techniques from lithography to screen-printing. Hooked to the “magic” of watching prints emerge, a similar aesthetic now runs through his work, created using ink and a sable brush and finished by digitally layering images on top of each other.

“One of things I love about printmaking and art is you start to notice things more,” he said, such as the reflections of a TV show from a commuter’s laptop on a train window or the “upside down world” in puddles.

His book, Kingdom, which follows a family on holiday in the UK includes “a collection of odd things, some of them beautiful, some not, all treated with the same care and affection,” he said.

Research for it involved visiting campsites, capturing moments like a seagull stealing food from a bin and visits to Welcome Break service stations. And while he admitted storytelling “doesn’t come naturally” to him, his work has been likened to poetry, which he relates to as he said ordering images on a grid can be like mastering poetic timing.

Ailbhe Keane, founder at illustrated wheelchair cover brand Izzy Wheels, spoke about the importance of inclusive design and disability representation in the media. She launched the business alongside her sister Izzy Keane who has spina bifida, leaving her paralysed from the waist down.

Keen to change perceptions of wheelchairs from something “sad” to something “positive” that enables people to live better lives, she described the selection of custom wheel covers as “works of art” which have been created in collaboration with around 50 designers to date.

Starting off as a college project and growing into a business, Izzy Wheels also aims to boost “disability positivity” through its website. Photos and stories of some of the brand’s customers, including child wheelchair users, sports teams and people who have been in accidents appear on the site.

Keane spoke about some of their special commissions made to order, which included a bride who wanted her wheelchair to match her wedding dress and professional “parapoler” who ordered a customised wheelchair cover to compete in a disabled pole dancing contest.

“As designers we all have a huge responsibility to be inclusive in the work we do and products we make,” she said. “It is up to us to make that change”.

Edel Rodriguez: use your work to fight for what you believe in 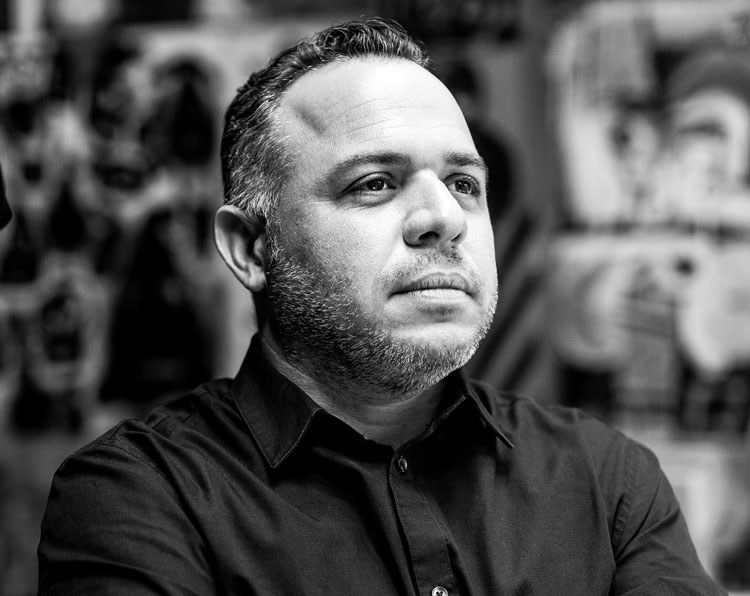 Political illustrator Edel Rodriguez is best known for his provocative magazine covers for publications including Time and Der Spiegel, criticising Donald Trump’s presidency among other issues.

No stranger to controversial graphic imagery, from Trump’s orange face hurtling to Earth like a comet, to the US president beheading the Statue of Liberty, Rodriguez admits he is not afraid of “upsetting people”.

“A lot of the time, when you’re fair, you make crappy art as you have no point of view,” he said.

Growing up in Cuba, he was surrounded by politics and “graphics of the revolution”, but when his family immigrated to the US he was suddenly thrust into a world of Capitalist graphics, he said. Fittingly, one of his first editorial works to gain widespread attention was an image of Argentinean-born, Cuban leader Che Guevara, with headphones and a Nike tick on his hat, for publication Communication Arts.

The illustrator spoke about using his work to fight for what he believes in, taking to the streets to put up posters or disseminating illustrations on social media, which people often print to use at protests. He shared an anecdote about two plain-clothes police officers in New York reprimanding him for sticking up political posters, before one asked if he could have a signed poster.

Regarding his Trump campaign, he wondered how far Time editors would let him go with his covers, in case the images angered people to the point of cancelling subscriptions in Republican states — but many of his covers were not only accepted and published, but also went “viral”.

As to whether he was afraid of consequences, Rodriguez said: “I do what I do. If I can’t exist and make my work, then what is the purpose of being here?” 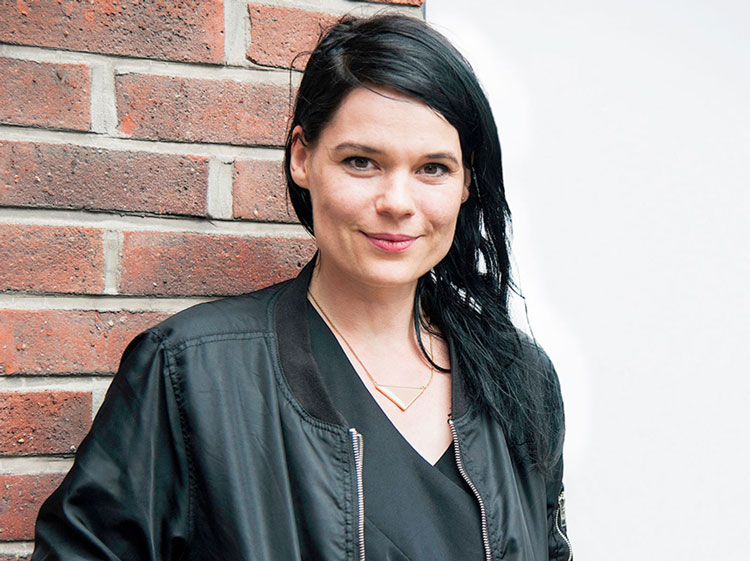 Graphic designer Ariane Spanier presented her talk in the form of an A-Z of her working life, in which “P” was for “process and play”. “I never know what to answer when someone asks my creative process, but fun is a big factor,” she said.

The Berlin-based creative director and co-editor of contemporary drawing magazine Fukt said she treats its covers like a “playground [for] typographic experiments”. The publication’s design team has experimented with a wide variety of mediums to create the four letters in the title, including hair, clay, shoelaces, letters cut from the Bible and even mice.

She showed clips of the rodents in action — a first attempt at placing them alongside paper cut-outs of the letters “Fukt” resulted in them eating the title, she said, so instead they were left to run around ink splodges of the letters, distorting them with their tails.

She also spoke about the struggles designers face, such as D for “doubt”, which she said is “like that monster under your bed that keeps you from making and achieving. It’s the fear of the blank page.”

And “N” for “no”, which she said is a word designers often struggle to say when faced with jobs that are low-paid or likely to put them under too much pressure, especially when they are starting out.

“M” was for “motherhood”, as Spanier, a mum of twins, offered a glimpse into what it is like working as a creative with two youngsters through a series of playful, creative photoshoots of her and her girls.