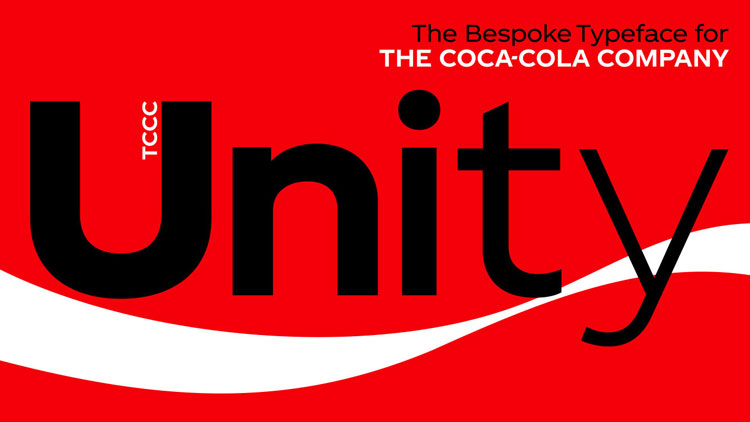 Coca-Cola has revealed its own typeface, which is inspired by the drink brand’s design archive.

The typeface – TCCC Unity – is named after parent brand The Coca-Cola Company, and has been designed by Brody Associates in collaboration with Coca-Cola’s global design team.

It is the company’s first own-brand typeface since it was founded in 1886, and sees it follow in the footsteps of other brands who have recently created their own bespoke typefaces, including YouTube and the BBC.

The typeface takes inspiration from the modernist American typography movement during the late 19th and early 20th centuries. Its “geometric flair” and “circularity” look to mirror designs from Coca-Cola’s visual archive, says the company, such as its logo, packaging and advertising campaigns.

The typeface has been designed to work across multiple platforms, including digital and print. Regular weights will be used for text and headlines, while condensed weights will be applied to information text.

A TCCC Unity app has also been created to provide more information about the typeface’s design and development. It includes images from the Coca-Cola design archive and interviews with people involved in the project, such as Brody Associates principal Neville Brody and Coca-Cola vice president of design James Sommerville.

TCCC Unity is rolling out across all touchpoints. The accompanying app is available now on both the App Store and Google Play store. 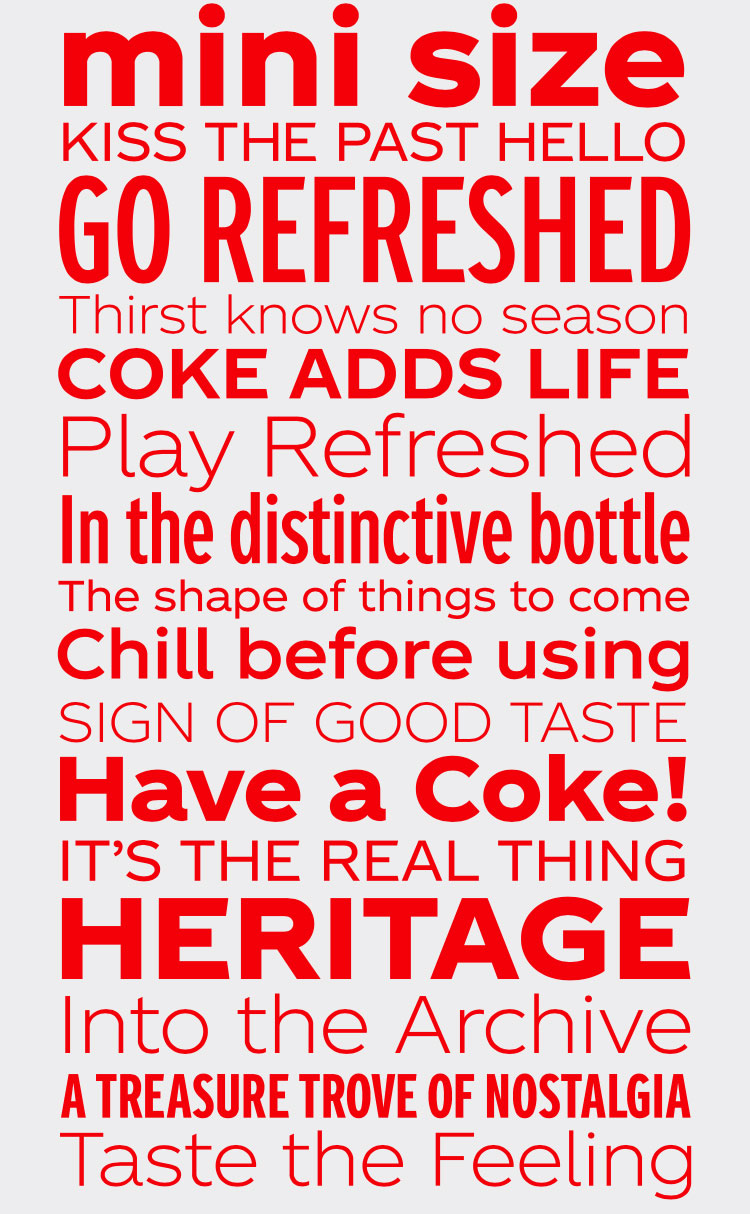 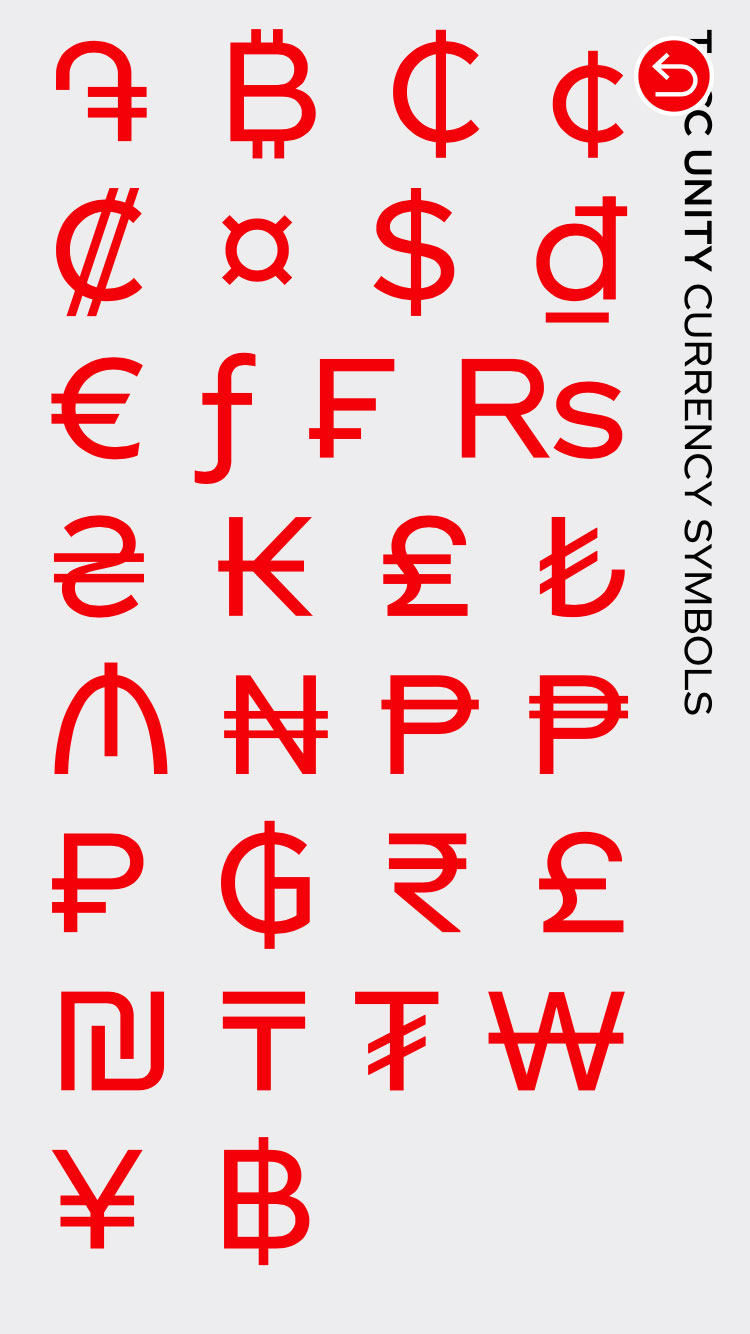