Shakespeare’s Globe has a new visual identity, which draws on the circular shape of the original theatre built in the 16th century.

The rebrand has been completed by The Partners, and was revealed in a Medium blog post by Shakespeare’s Globe. It replaces the logo designed by Pentagram partner Alan Fletcher.

The consultancy has given the London theatre a red, circular, woodblock-printed emblem, alongside a red, sans-serif, all-caps logotype set to its right. A colour palette of red, white and black has been used across the visual identity.

The original Shakespeare’s Globe playhouse was built by actor and manager James Burbage in 1576. Following a dispute over leases, the theatre was knocked down and rebuilt near the River Thames in Southwark in 1598, and William Shakespeare was one of four actors who bought shares in the company.

The theatre burnt down in 1613, and was rebuilt but then demolished in 1644 when all theatres were forced to close by law.

Three centuries later, late American director Sam Wanamaker set about rebuilding the theatre in the 1990s based on the original building, discovered through excavations and relics. It was opened in Southwark after his death in 1997.

The circular symbol of the new logo is a polygon; a 20-sided shape that has been inspired by the architecture of the original theatre. It also references the prologue of Shakespeare’s play Henry V, where the theatre is described as a “wooden O”.

The logo also aims to represent the wood used to build the playhouse. The Partners used a piece of oak taken from an exhibition on the theatre’s 16th century reconstruction, and asked furniture maker Nathalie de Leval to saw into it to create a 20-sided polygon.

This was then taken to printmaker Peter Smith, who covered the block with red ink and rubbed paper on it to create a logo with wood grain detail.

“[The wood] is like a holy relic,” says Nick Eagleton, creative director at The Partners, on Shakespeare Globe’s Medium blog post. “It appears to be the only remaining circular piece of oak from the timber used to rebuild the Globe.”

The logotype is Effra, a new bespoke typeface which is an updated version of 1816 typeface Caslon Junior, chosen for its “historic roots”, says Shakespeare’s Globe.

“The Globe stands for being alive” 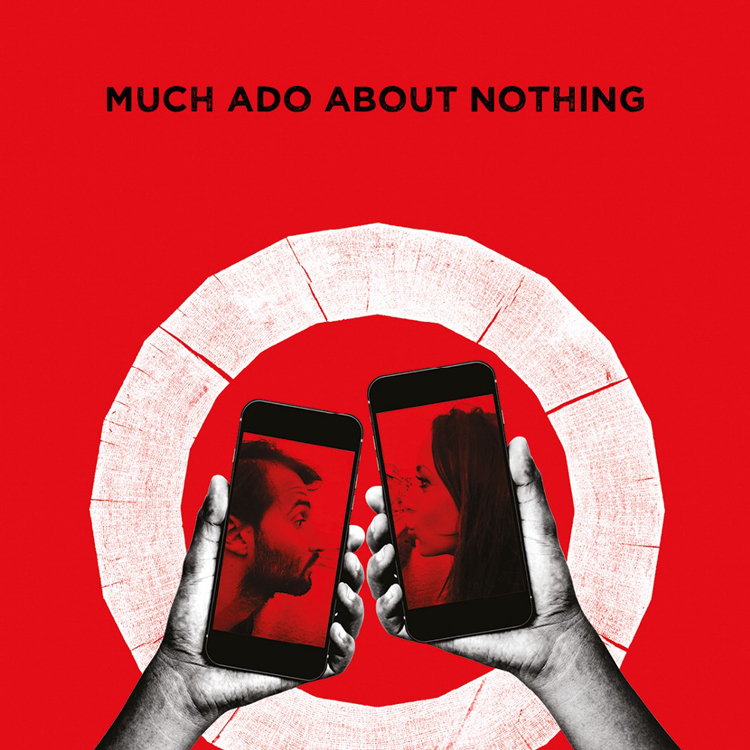 The circular logo is being used as a holding device for imagery, photography and words on printed materials such as brochures and posters, and online, “so that all the action emanates from the symbol of the theatre”, says Katherina Tudball, design director at The Partners.

“[The symbol] stands for energy and experiment and for being alive,” she says. “Just like the Globe.”

Alongside the new logo, the layout of printed materials has been redesigned based on the First Folio, the earliest collection of Shakespeare’s plays, published in 1623. Irregular kerning, indentations, margins and image sizes, and random blocks of type in the middle of pages aim to replicate the skew-whiff layout of the 17th century texts.

“We spent a lot of time looking at the First Folio,” says Tudball. “Like how they squeezed the type to fit the space, or how it suddenly gets bigger. We thought it would be nice to take the spirit of the First Folio and see what happens when you treat it experimentally.”

The new visual identity has rolled out online, and will continue to roll out across printed materials. A new Shakespeare’s Globe website will also launch in April this year. 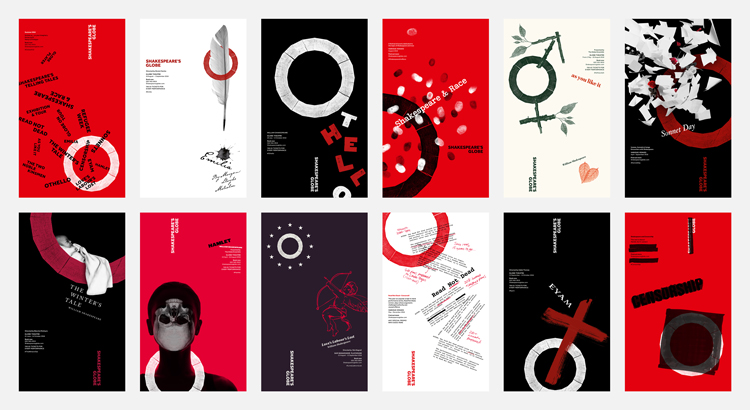 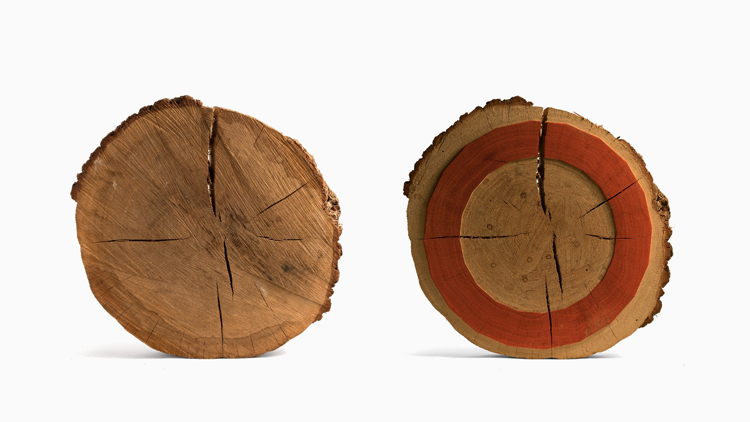 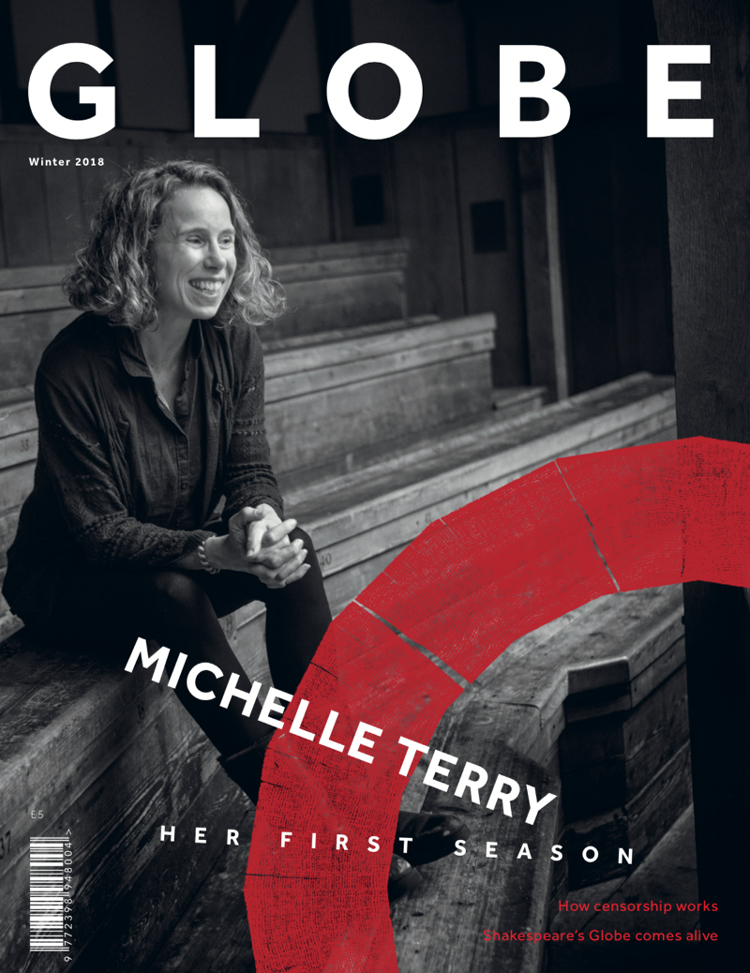 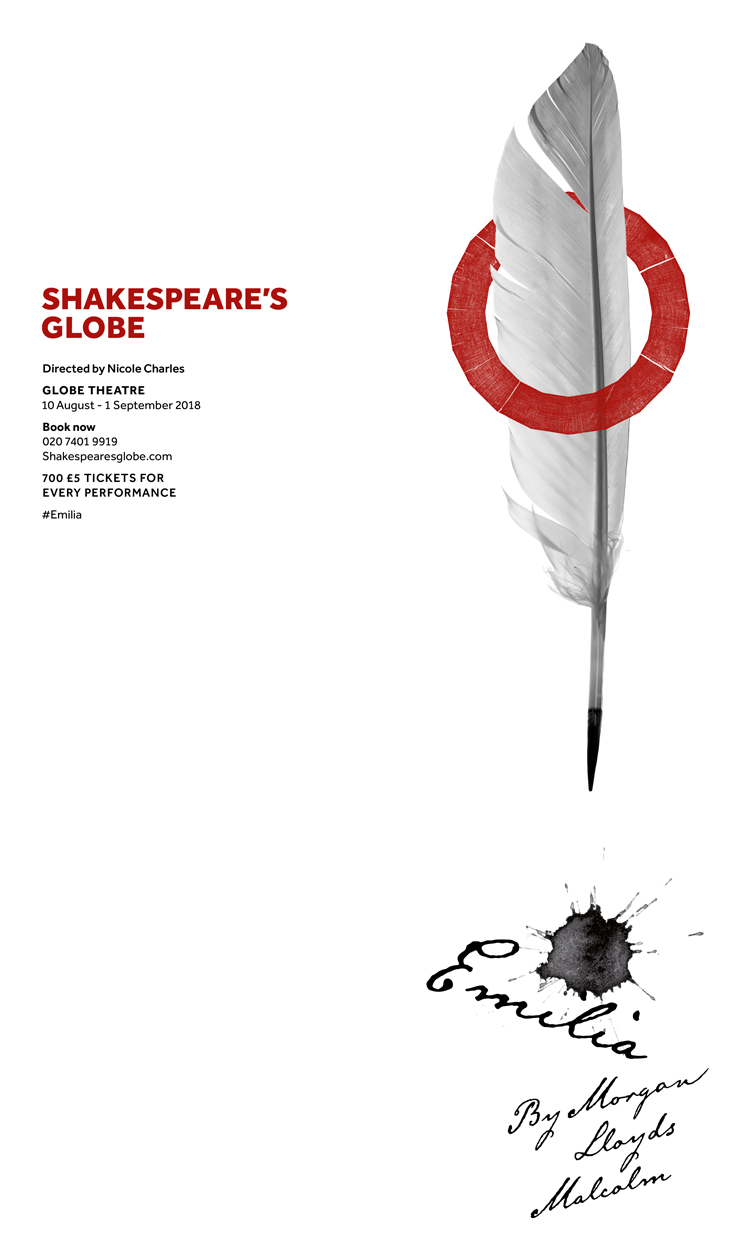 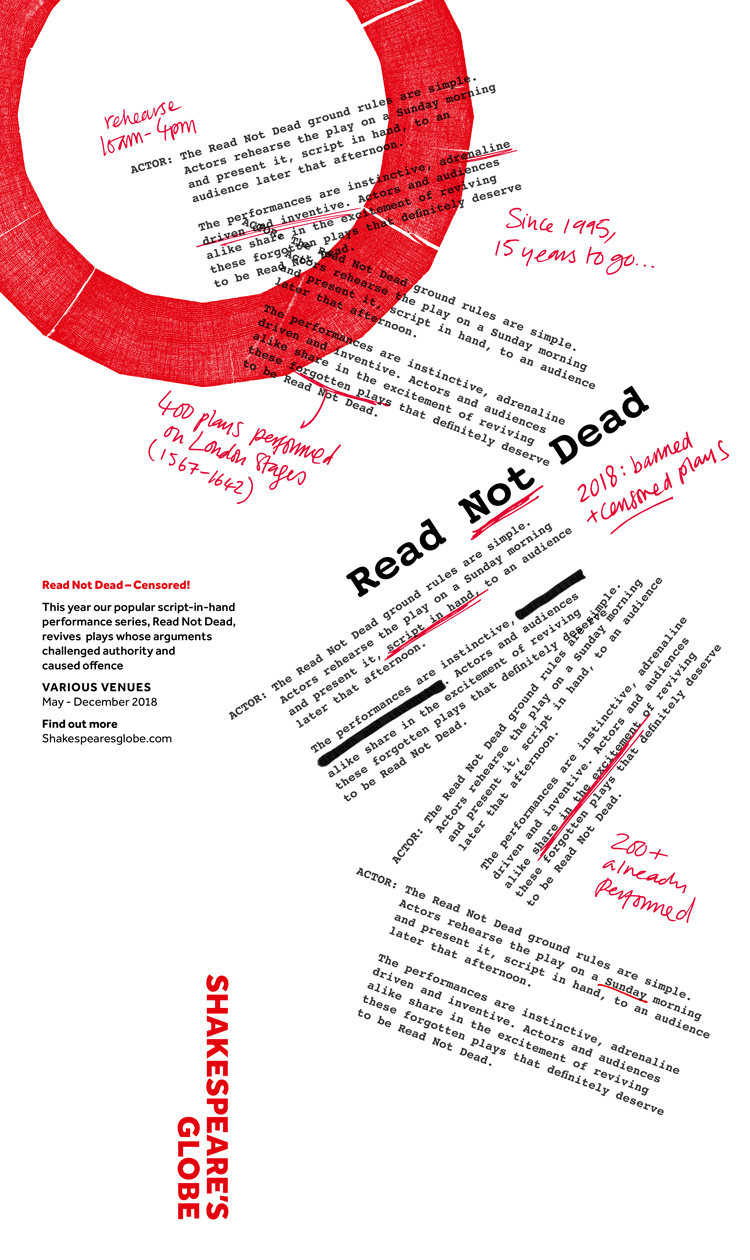 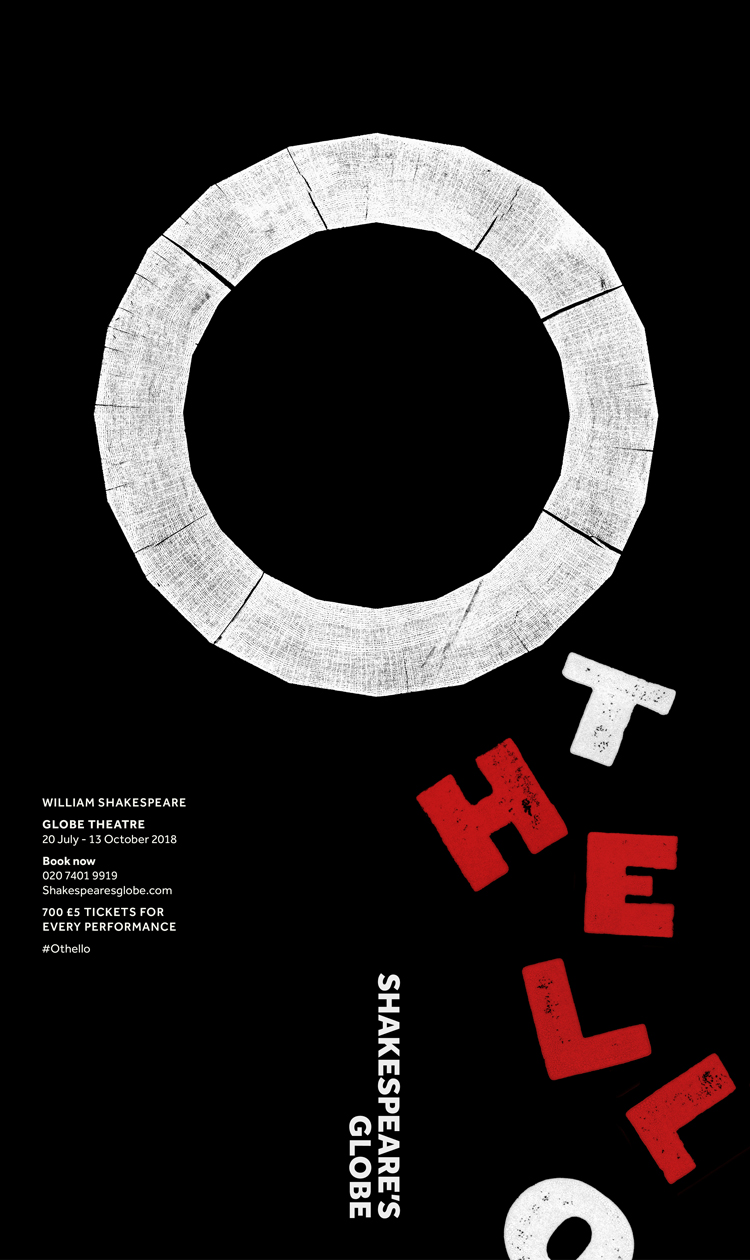 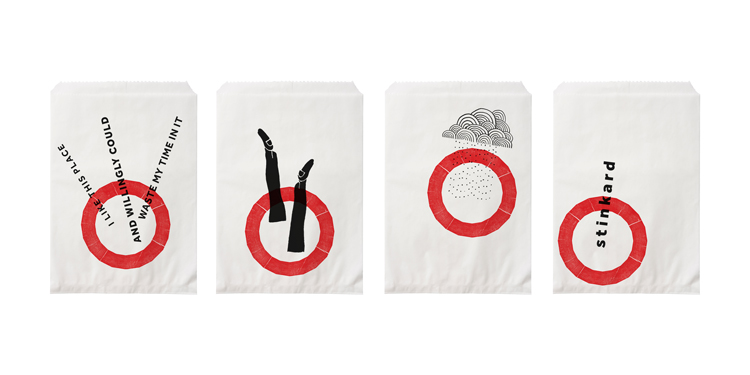