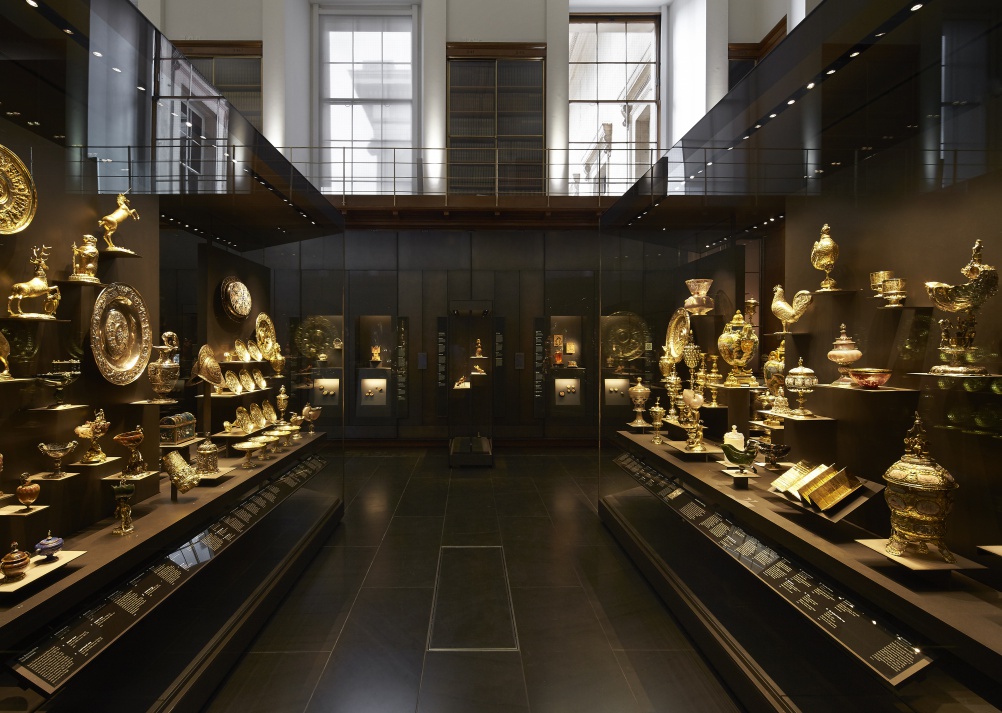 Stanton Williams has created a new gallery to house the Waddesdon Bequest at the British Museum, with Cartlidge Levene developing graphics for the permanent collection.

The Waddeson Bequest is a collection of Renaissance and Baroque artworks that was left to the British Museum by the Rothschild banking family. It comprises 265 objects including the Pressburg Cup and the Holy Thorn Reliquary.

Since 1973 the collection has been housed in a first-floor gallery at the British Museum, but now it is moving to its new Stanton Williams-designed space.

The architect says that as well as trying to evoke the intimacy of the Waddesdon Manor Smoking Room – where the collection was originally exhibited – the new gallery also includes a fully digitised interpretation of the collection, with screens and projections.

The Waddesdon Bequest has moved to the British Museum’s Middle Room, adjacent to the grand colonnade. The room was previously used as a reading room, but Stanton Williams says that since the British Library left the museum for its own site, it has had no permanent use.

The room has been refurbished in collaboration with conservation architect Purcell.

The gallery has been designed with three large rhomboid showcases at the centre, with objects also displayed around the permiter of the room. Stanton Williams says: “The focused lighting on a mass of glimmering objects creates the sense of a Schatzkammer (treasure room).”

The practice adds: “The rhomboid forms lead visitors around the gallery with objects suspended within.

“Structural glass and suspended display panels give the cases a lightness and transparency, allowing visitors to focus on the works of art, and see through to the room beyond.”

Stanton Williams says the display cases were developed through several stages of mock-ups and prototypes, using both real and cardboard cut-out objects.

The Cartlidge Levene exhibition graphics are “integrated into the showcases and bronze panels”, according to the designers. There are also short explanatory films showcasing the objects throughout the gallery.

The new gallery opens to the public this week. 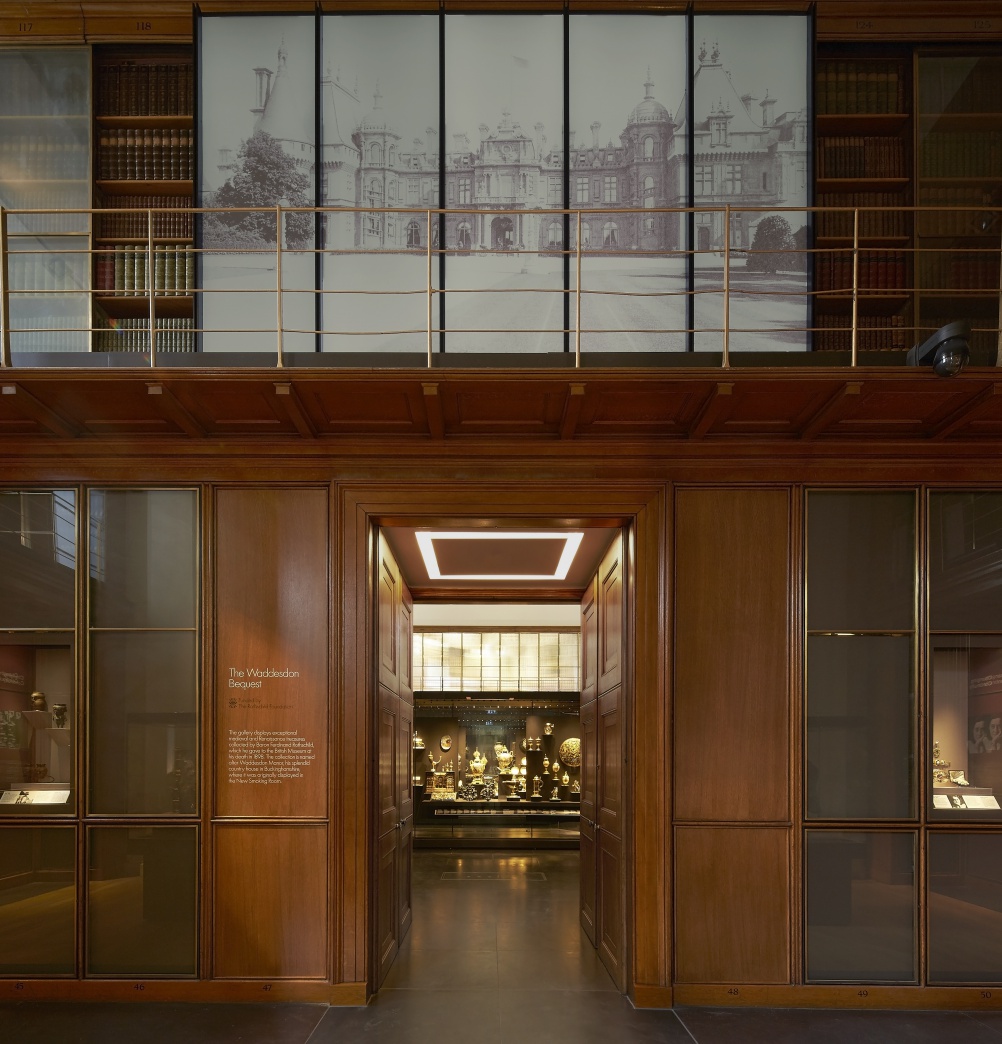 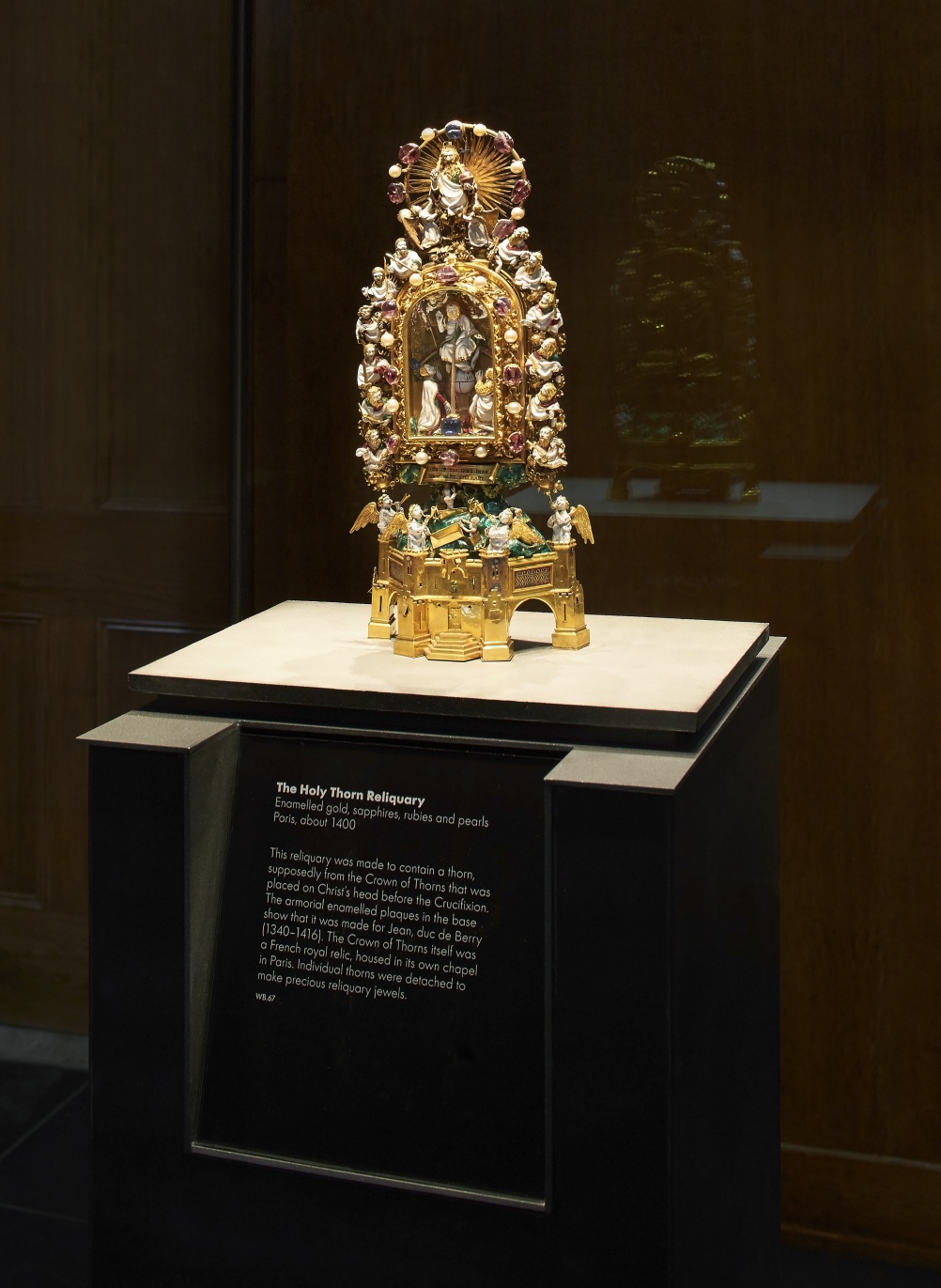 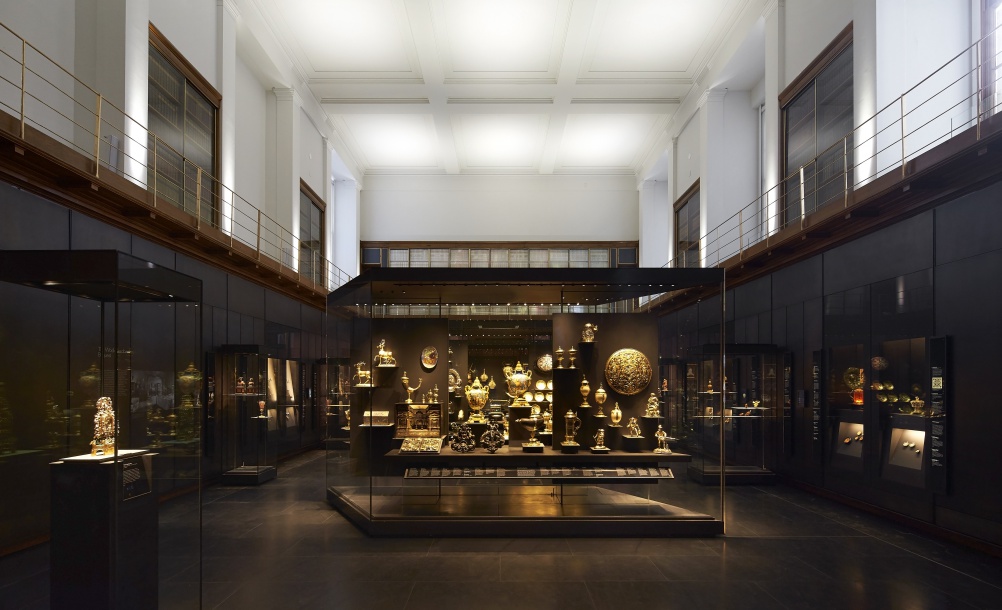 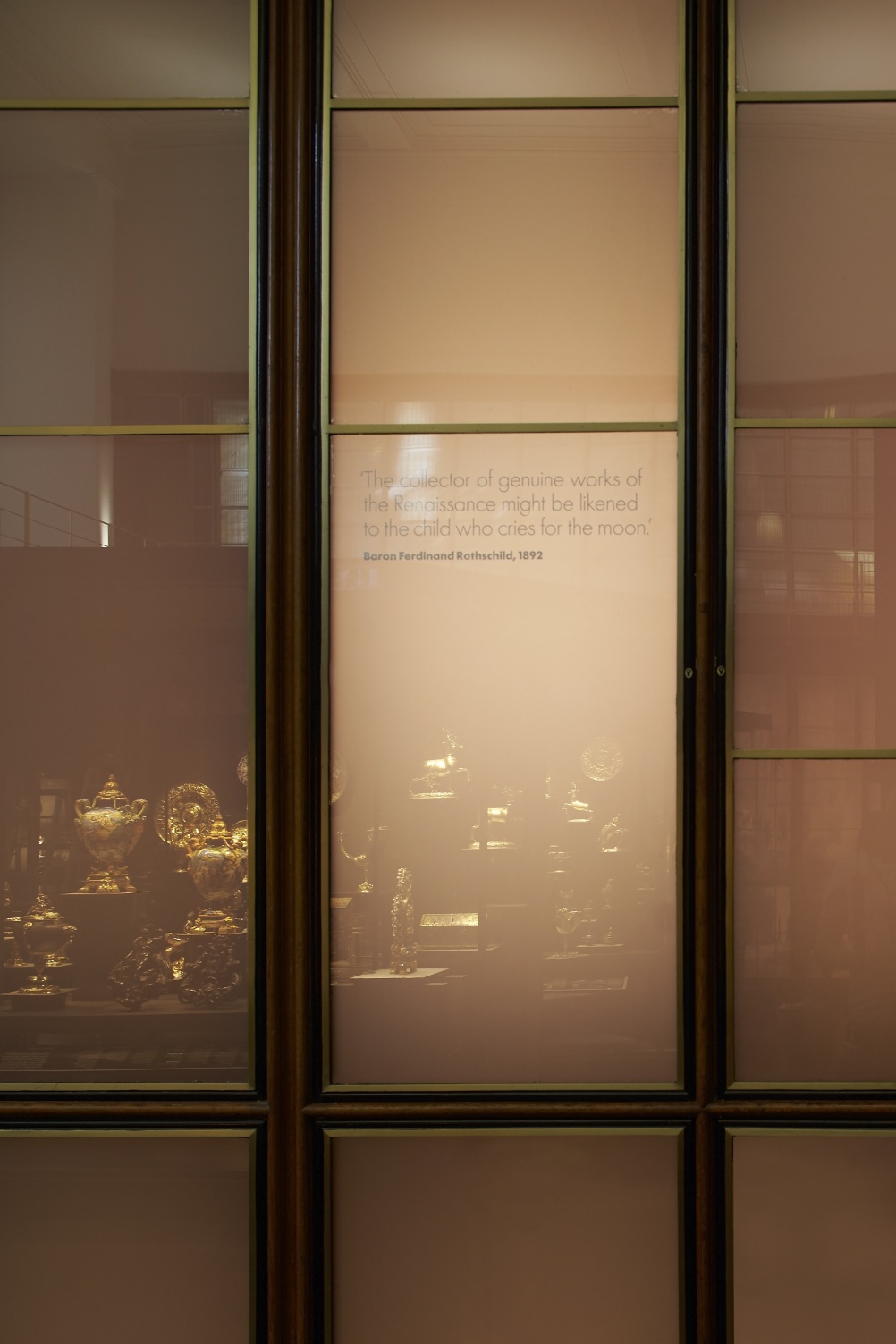 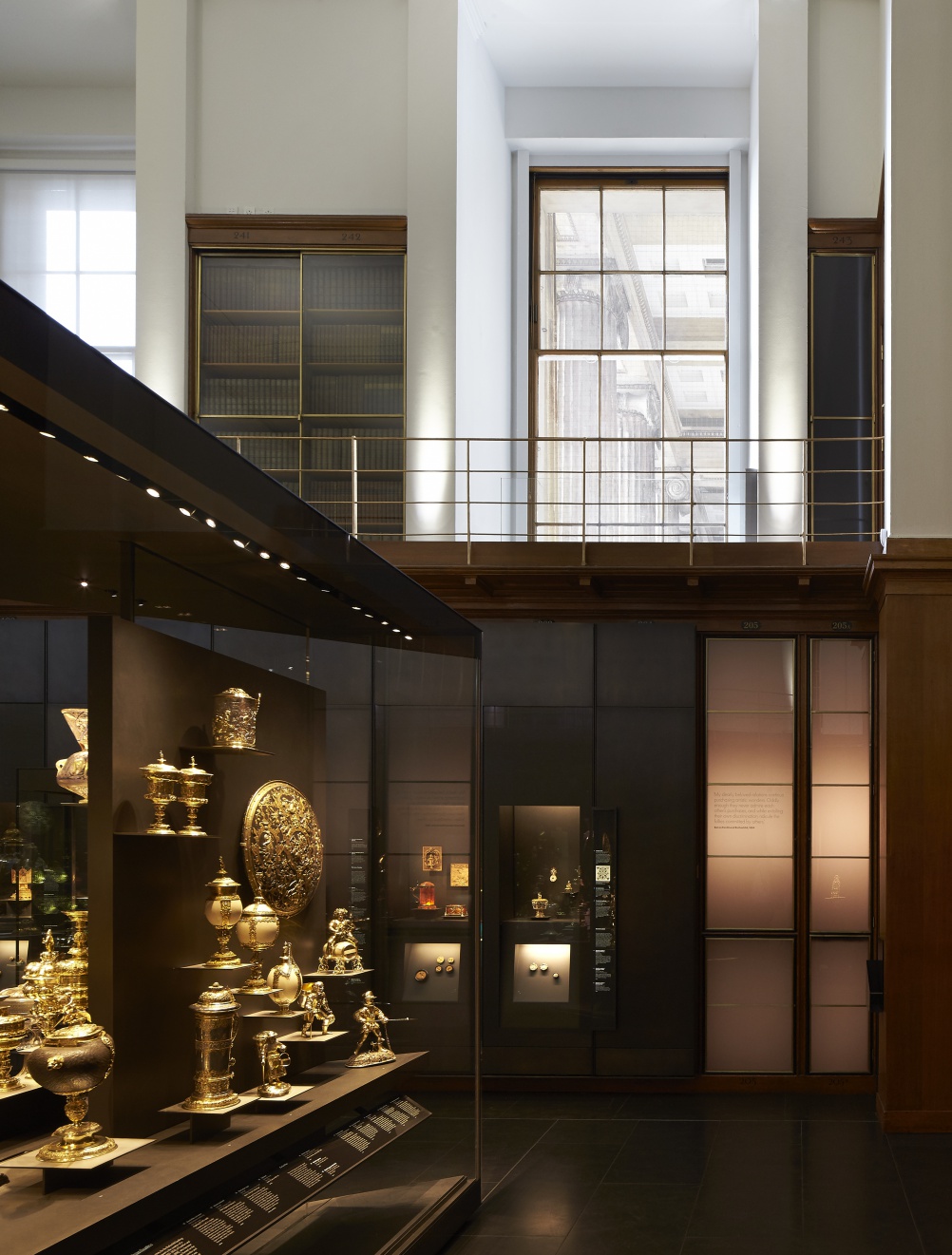 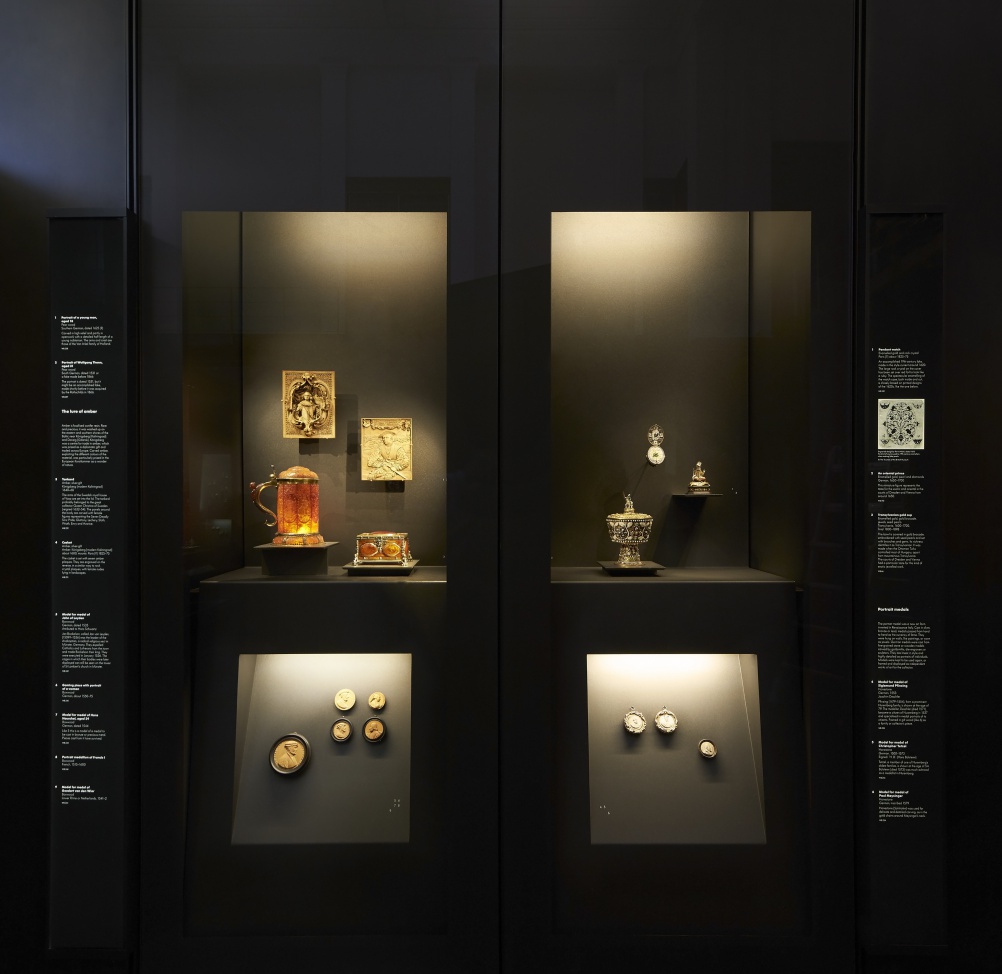 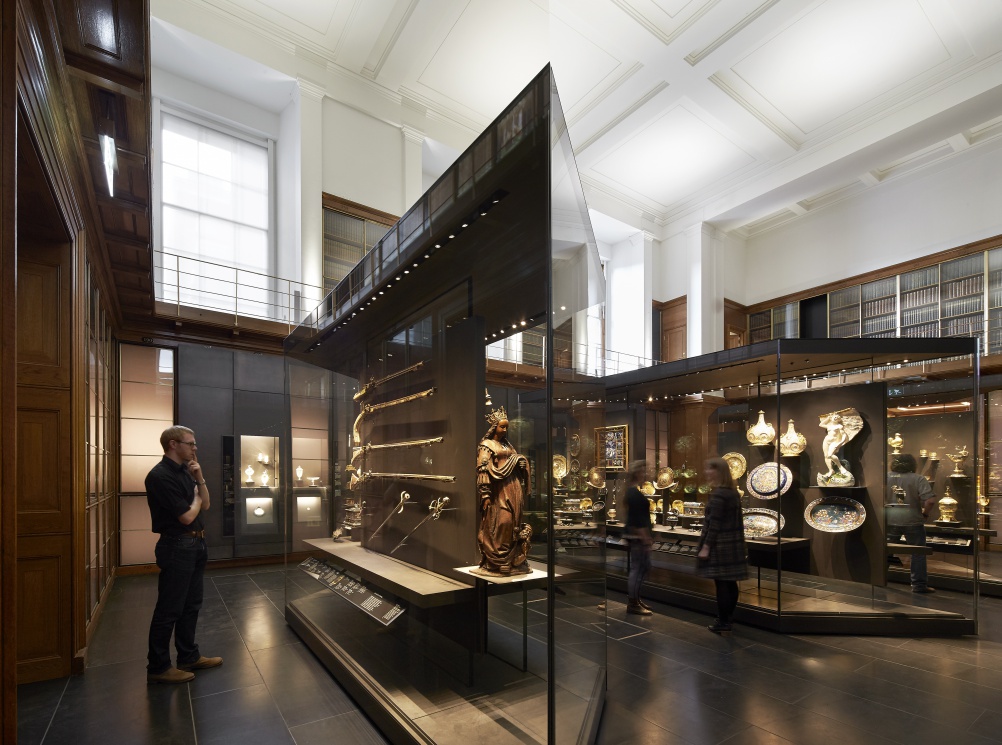 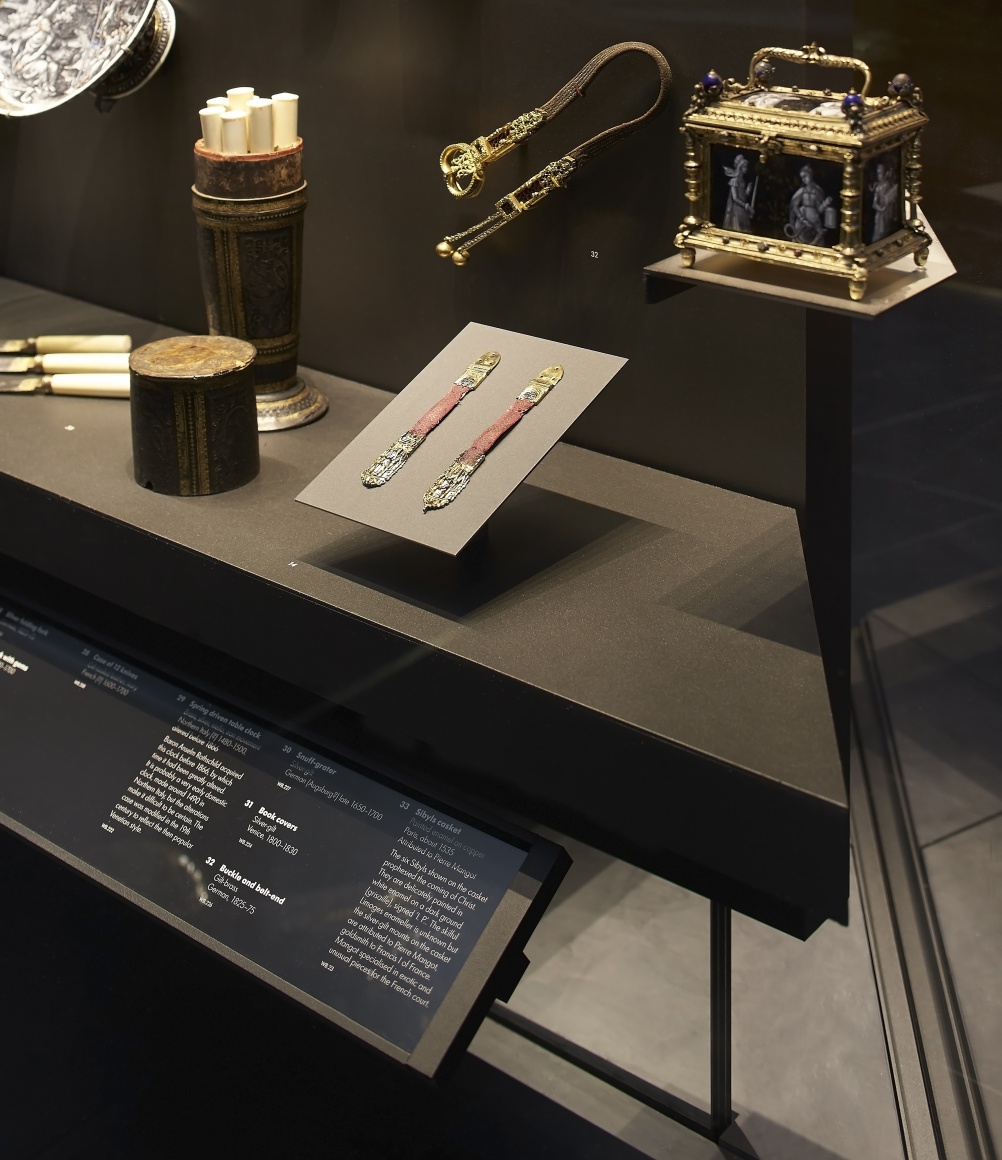 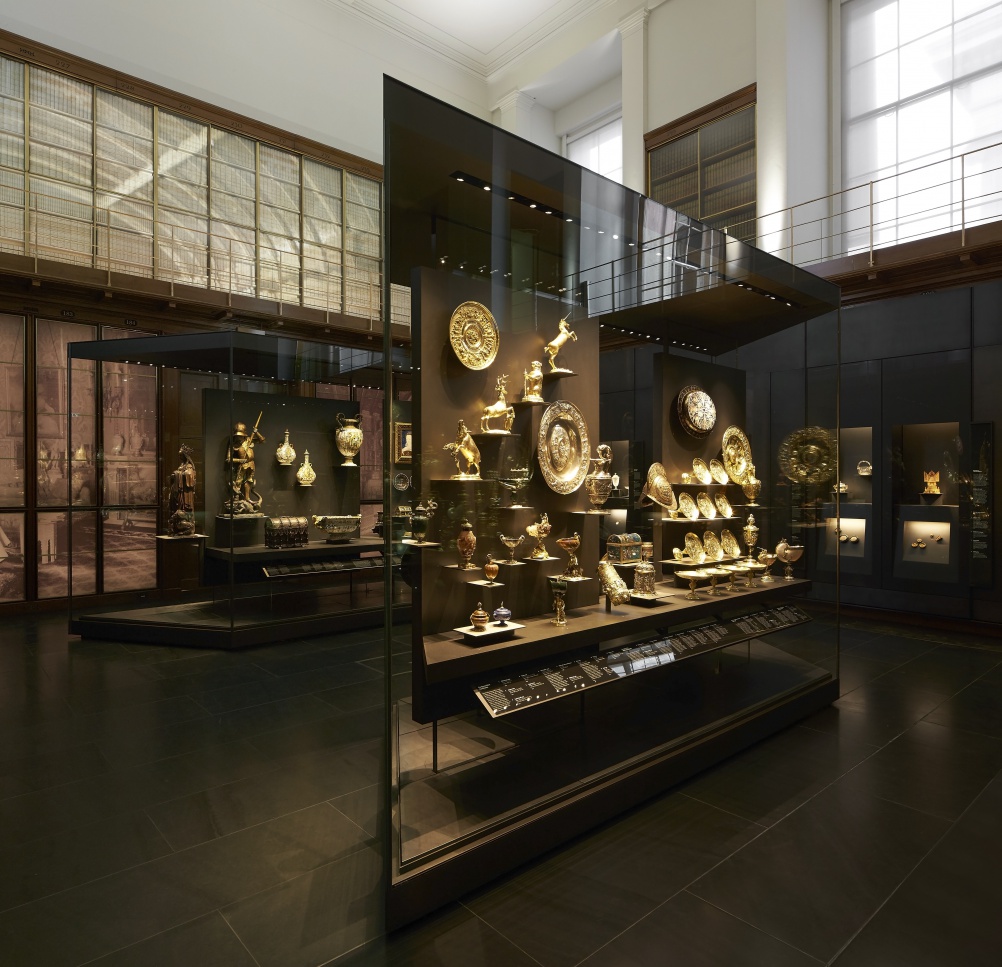 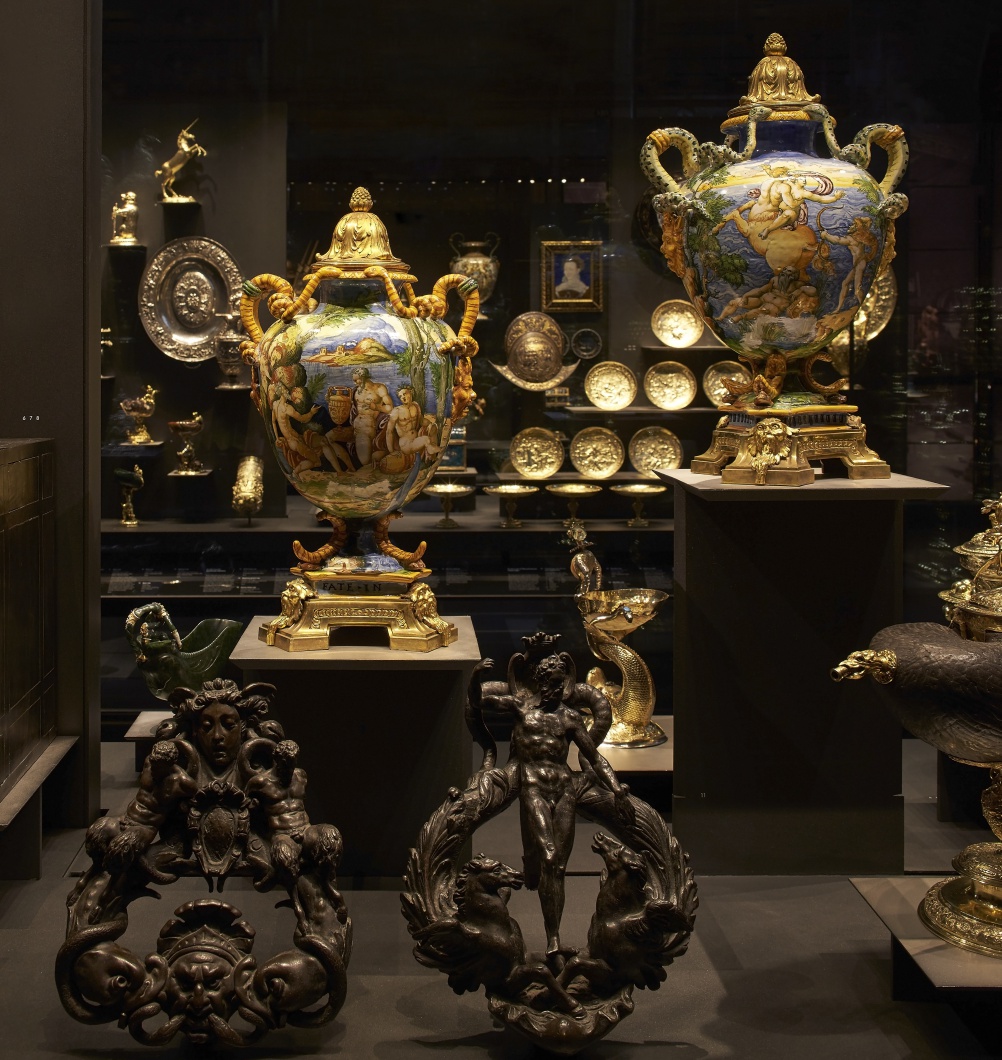 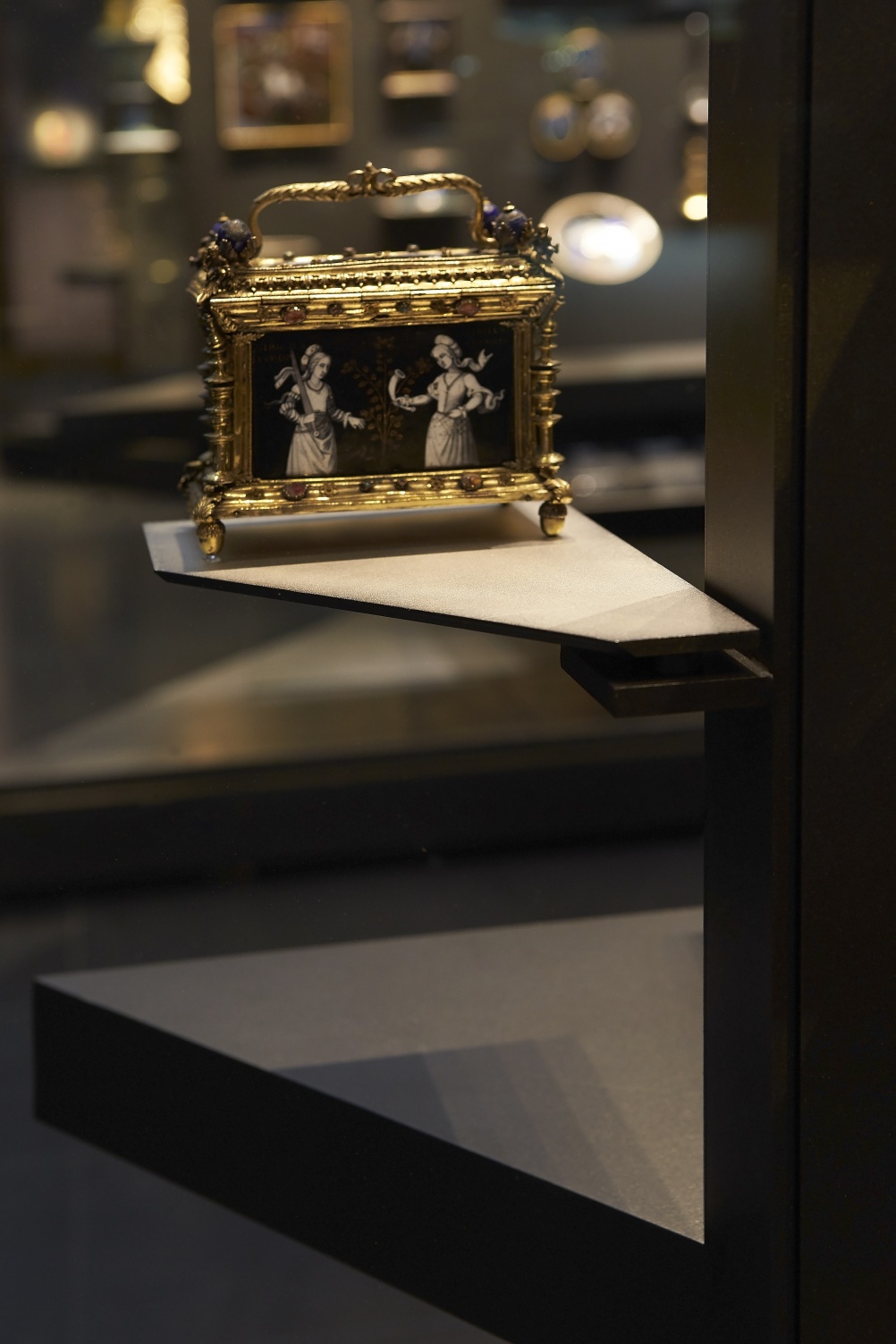 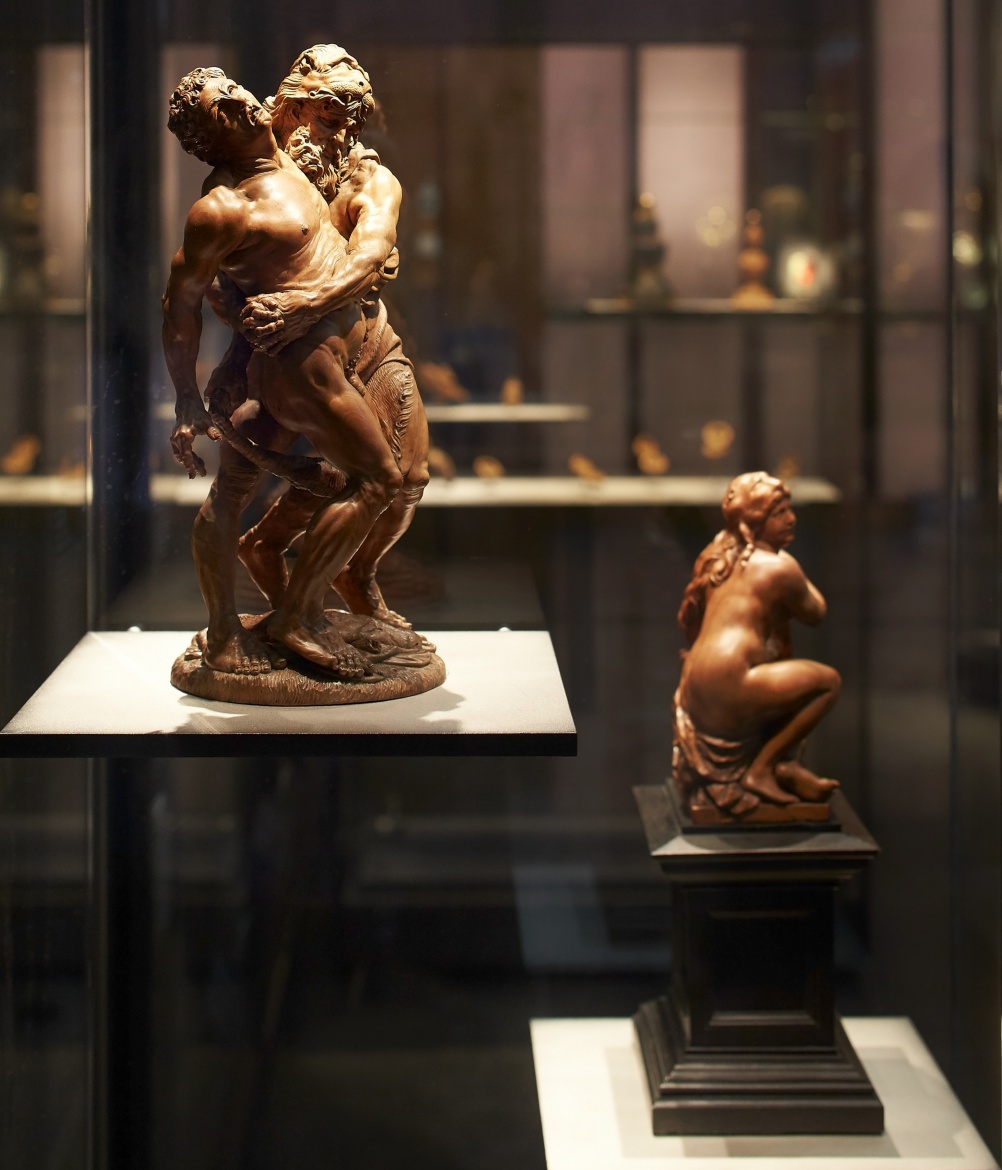 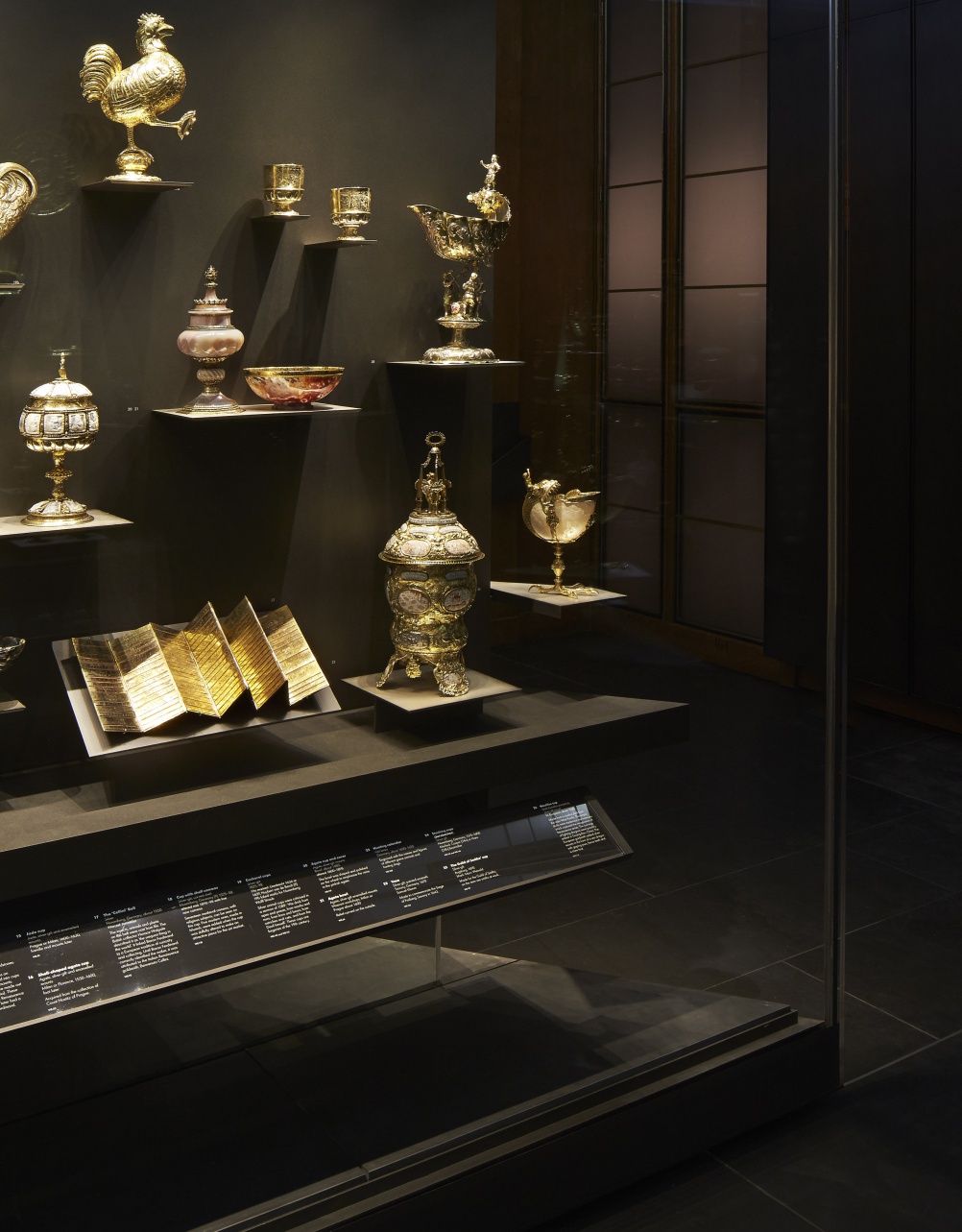 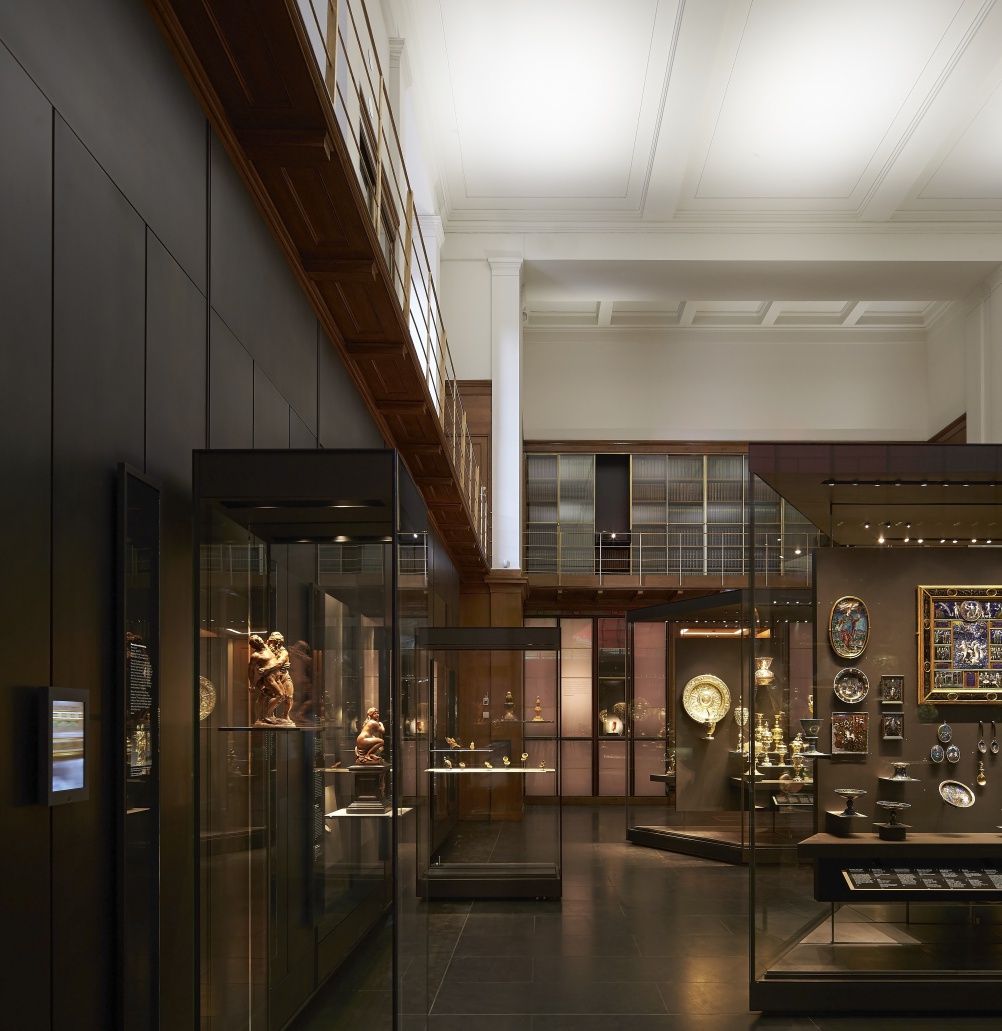 All images are by Hufton + Crow.