A Line has designed a new identity for US-based Norwegian bakery Rolfsen, which hopes to put a “warm, modern twist” on traditional Nordic heritage.

The international design studio has crafted a new logo, strategy, packaging and website for the family-run bakery.

The bakery was “looking to bring a little more ‘hygge’ to the US”, A Line co-founder Nick Monkhouse says.

“Using family recipes handed down over generations, they wanted to capture their Nordic heritage, but execute it with a warm, modern twist,” the designer adds. 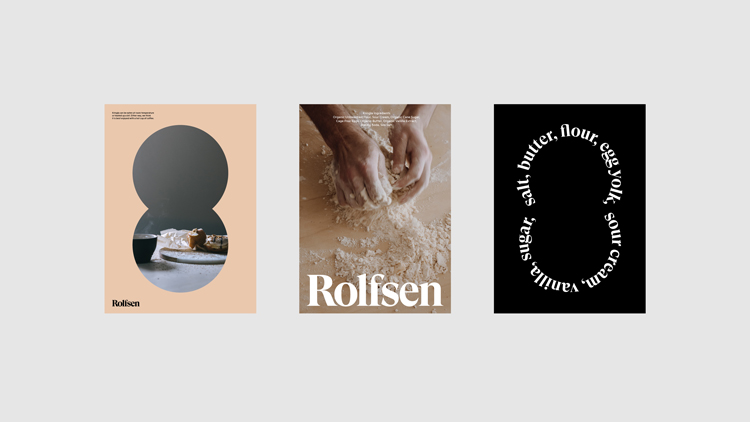 The logo is based on a traditional Norwegian pastry called the kringla, which dates back centuries in Scandinavia. The dough forms a figure-8 shape and is a variation of a pretzel.

A Line has created a pared-back representation of the pastry for the bakery’s symbol, in the form of two overlapping circles.

In an attempt to keep the look playful, the design team animated the symbol to depict the “all-important kneading process that gives the kringla its incredible flavour”, Monkhouse adds.

The kringla shape can be seen throughout the wider identity. Ingredients are written out in the shape of the pastry, which appears on marketing visuals and packaging. It also provides a frame for photography.

Scandinavian shades have inspired the colour palette, according to Monkhouse. There’s a focus on neutral and muted tones that “complimented the product and ingredient shots, but didn’t overpower them”, the designer says.

“These colours also felt warm and contemporary, but also simple and classic,” he adds.

GT Super Display has been chosen as the primary typeface for its “balanced personality” which combines “forward-leaning and timelessness”, Monkhouse says. This felt right for a brand that wanted to combine modernity and retain its heritage, according to the designer. 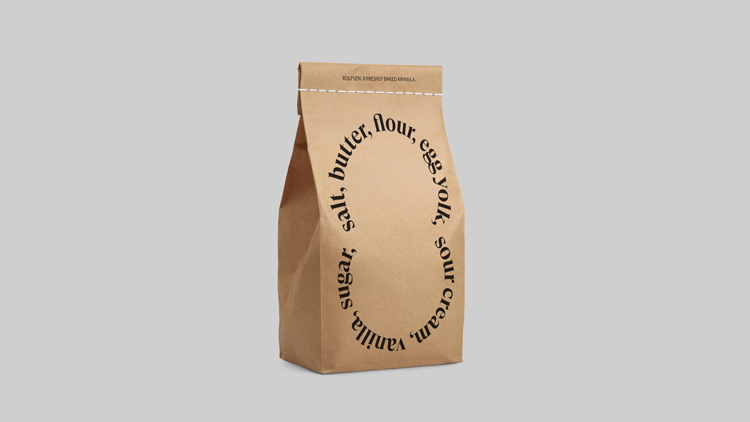 Ginto Regular has been used as a supporting typeface and for body copy. “The intention of this was to capture the duality of the business: high-quality ingredients and products brought to life by a playful brand and leadership team,” Monkhouse says.

The designer says that the typefaces are intended to pair with the animation style. Some of the proposed animations show the symbol changing colour, as well as circular bites being taken out of copy.

What do you think of the new look for Rolfsen? Let us know in the comments below.

How is the “world’s most advanced social robot” designed?