“We wanted to create a brand that wasn’t just about strong female role-models, but about opening up opportunities to support the wider community of female entrepreneurs,” says Daniela Nunzi-Mihranian.

Nunzi-Mihranian is the co-founder of luxury chocolate brand Cartografie, alongside ex-Ritz pastry chef Kae Shibata. She is also the founder and creative director of Studio Minerva, the design consultancy that headed up the chocolate company’s branding and packaging.

Cartografie is a chocolate brand made by women and branded by women. It is also for the benefit of women, supporting organisations like Femmes de Virunga, the world’s first women’s cocoa cooperative. Here, Nunzi-Mihranian and Shibata discuss why their women-focused process is so important, how the two parties worked together and the benefits of shared empathy when working on a project.

“Company with a conscience”

Nunzi-Mihranian says the process of building the company was largely split between each party’s strengths: Shibata was tasked with refining the product range itself, while she was to lead the work on the brand. The brief for the branding was to build a visual language that showcased Cartografie’s “company with a conscience” attitude, while also matching its luxury positioning.

Taking inspiration from the brand name and concept of cartography, Nunzi-Mihranian worked with Shibata’s vision to take consumers on a “sensorial experience”. The packaging and identity seek to map out “exquisite chocolate stories” and put the cocoa beans’ origins centre stage.

The brand borrows from the world of wine making in its tone of voice. The term “terroir”, most commonly used to describe how the environment affects grapes in wine production, is featured in copy to give a sense of luxury. Furthermore the colour palette used throughout the identity is also taken from the concept of terroir, and is comprised of rich reds, greens and browns with gold accents.

A world map adorns the packaging in a gloss finish, which contrasts with the natural earth-tone paper stocks used. Meanwhile the Cartografie name is foiled onto the map, marking the 20 degrees either side of the equator in which cocoa beans grow and thrive. 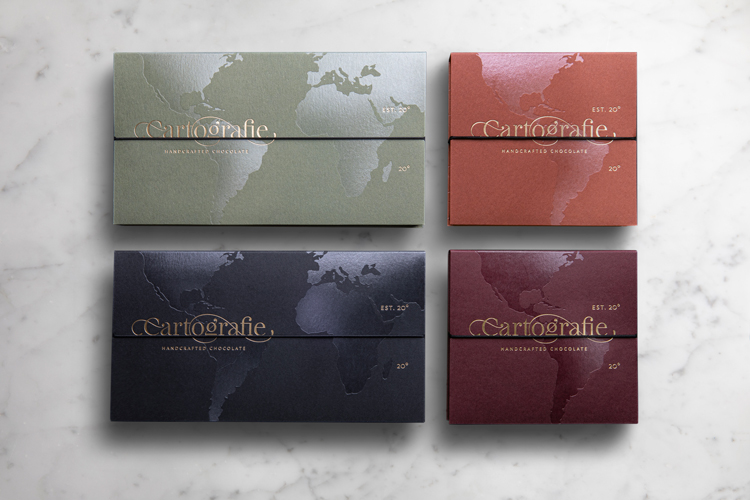 Nunzi-Mihranian says Cartografie was her first experience of “being the agency and client”.

The design and business development was helped by the fact that the co-founders were “on the same page” Shibata adds, both in terms of the positioning and ethics of Cartografie, and being women leading a creative project.

As a chef and a designer, both Shibata and Nunzi-Mihranian work in male-dominated professions. This shared experience gave the team a collective understanding in some elements of the project, Shibata says, including of the “subconscious attitude” that exists to question women high up in their fields.

“Both Kae and I felt strongly about addressing the gender imbalance of creative leads across all aspects of the industries,” she says. This is why Nunzi-Mihranian’s Studio Minerva, aled the branding, while Original Beans’ Femmes de Virunga was chosen as a cocoa supplier. 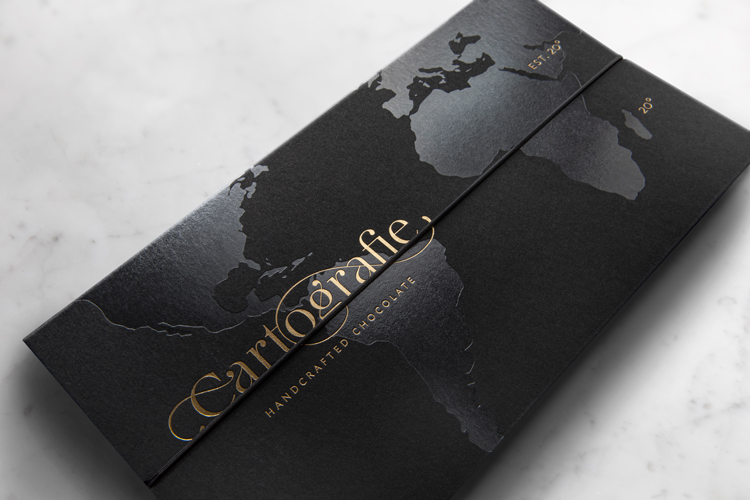 “Chocolate can break through the glass ceiling”

This desire to show women leading well also influenced the wider attitude of the brand in terms of it having a conscience and doing some good in the world, according to the founders.

Nunzi-Mihranian and Shibata say it was obvious the women involved in the cocoa-farming process would need to benefit from Cartografie, if the brand was to be successful in its “positive impact” mission.

Chocolate production is a notoriously unequal trade: according to advocacy organisation Cocoa Life, female cocoa farmers earn about 25-30% less than their male peers in countries like Ghana and Côte d’Ivoire; own less than 2% of farming land despite doing 40% of the work; and have less access to training.

“We want to be role models for other women and the young generation of boys and girls to show that female role models in the world of chocolate can break through that glass ceiling,” says Shibata. 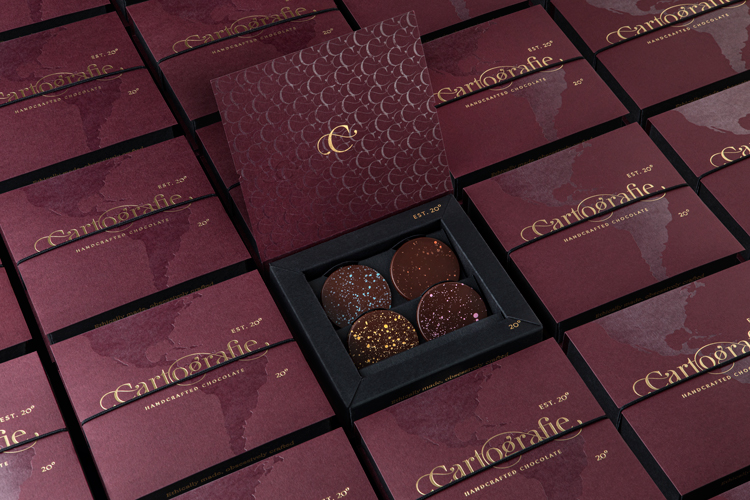 “Being true to our core ethics”

The whole process of establishing and creating the brand has worked as both parties wanted to create something “purposeful and beautiful” says Shibata.

“We are from creative backgrounds and have a shared passion for beautiful design and a keen eye for detail,” she says. “For us both it was about creating a chocolate experience that had all of the expected codes of a luxury brand while ensuring we were being true to our core ethics.” 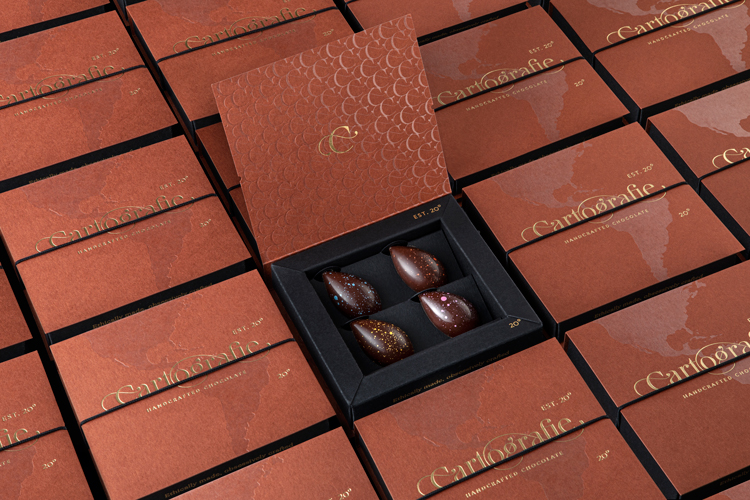