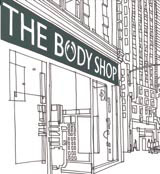 Having abandoned its strategy for a brand overhaul three years ago, ethical retailer The Body Shop is now all set for a major facelift.

The details of the project are a closely guarded secret, but Design Week has learned that the retailer is set to open the first of a planned series of concept stores in London’s Covent Garden, sporting new look interiors and a cleaner product presentation. The Body Shop identity is also being evolved, with a sans serif font lending a more contemporary image.

Plans for concept stores have been circulating The Body Shop organisation for years, but trial formats have struggled to come to large-scale fruition. Former Body Shop head of design Paul Porral – now creative director at Design House – spent three years getting the board’s approval for such designs. As reported in Design Week (DW 26 January 2001), it was during Porral’s tenure with the in-house team in 2001 that the plans for a refreshed logo failed to be ratified by the board, after two years of development. Franco Bonadio replaced Porral as head of design in June last year. Bonadio is understood to be leading the design team for the latest wave of brand and store activity, due to kick off with the Covent Garden outlet at the end of July.

‘It is very brave of [Bonadio] to do it, however it looks,’ says Porrall.

‘Knowing the culture of large organisations, it’s great that they’ve managed to complete the project,’ he adds.

The Body Shop won’t talk about redesigned retail formats, but the company’s 2004 annual report, published in April, hints strongly at developments in-store. ‘We will shortly be putting under consumer test a new shop design and a new make-up presentation,’ the report states. The company intends to open around 300 shops throughout the world this year and sees ‘notable opportunities’ in the UK, US and Australia.

The Body Shop is a victim of its own success. Its ethical stance and natural products were popularised so effectively that it spawned numerous imitators, many of which have a more contemporary image. The Body Shop stores have for the most part adhered to the same designs for over a decade, and declining sales in the UK suggest it could do with enticing a few more customers through the door.

‘The problem hit very early on that it had a very successful global brand,’ says Colum Lowe, former head of design at Homebase and son of Brian Lowe, whose Brian Lowe Design Consultancy created The Body Shop’s original ‘green box’ shop concept. ‘With this success came a big problem: how do you develop the format? It seems the company didn’t know how to attack it and so did nothing. [A decade ago] it was rapidly rolling out store formats that desperately needed an update.’

The company’s franchise structure may act as both blessing and curse. More than two-thirds of Body Shop stores are franchises, with the rest owned by the company. At the zenith of the brand’s appeal in the early 1990s, selling to franchisees was a cinch. Now, with the brand no longer being an innovator, the franchisees must be persuaded to invest in change. ‘The company has to convince franchises that there will be a return on investment. There’s only one reason to redesign stores – [to improve] sales,’ adds Lowe.

The Body Shop’s global retail sales remained flat year-on-year for the 12 months ending 28 February 2004, at just under £700m. However, operating profit and earnings per share rose during the year, by 25 per cent and 57 per cent respectively.

But an improving set of global financials is marred by poorer domestic trading figures. Sales were down by 13 per cent in the UK and the Republic of Ireland. Sales for the first quarter of 2004 kept falling – by 4 per cent overall.

‘The Body Shop’s store format is tired; it needs a new format that can push sales,’ says Richard Rat-ner, head of equities at broker Sey-mour Pierce.

Lowe poses what he sees as a fundamental question for the com-pany: ‘Is the core brand a super-market for low-to-middle income families, or is it a boutique for lux-ury natural products? Its current brand position is schizophrenic and it has been floundering in the last few years to come to grips with who it is.’Lowe argues that there is always a desire to push a brand upmarket and to ‘make things design-heavy’. Body Shop chief executive Peter Saunders has said that the brand should offer cheaper alternatives to brands such as Estee Lauder, Clinique and Elizabeth Arden. He believes that this will place The Body Shop in a position between the mass and prestige markets.

According to Porral, it comes down to confidence. ‘The most important thing for The Body Shop is to be confident in its brand. It needs to be braver about how it delivers the idea and it needs to reinvent the method of delivery.’

Porrall believes that The Body Shop would do well to remember that it invented the ethical, natural cosmetics sector and must show that it can once again lead, rather than follow the competition. ‘The biggest pitfall now would be to water down and try to appeal to everyone. It has to be really radi-cal, as the brand itself is intrinsi-cally radical and maverick. It has to continue to reflect that,’ he says.

Tasmanian devil is not in the detail at Harvey Nicks