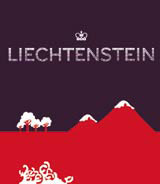 Liechtenstein, the tiny principality in central Europe, has embarked on an image reinvention programme, with a visual identity created by branding specialist Wolff Olins.

Home to just 34 000 people, Liechtenstein has been ruled for centuries by a princely clan. Thanks to its light-touch financial regulation, it is often associated with spurious holding companies and shady transactions – an image that it is looking to shed.

Wolff Olins’ branding aims to uncover the ‘real gem’ of the country, according to creative director Keshen Teo. ‘The idea is a play on the Liechtenstein name [which derives from] ‘light stone’. We wanted to project a sense of discovery, of a jewel,’ he says.

The visual identity will be adapted for literature, print advertisements and merchandising for tourism. The government is even considering a redesign of the national passport to include the branding.

The work is part of a broader communications strategy for the principailty, which was introduced a year ago by the government and develope in close collaboration with businesses leaders and the tourist board.

A Liechtenstein government spokeswoman declined to comment on the design costs.