London studio Alphabetical has designed a suite of interactive elements for Thamesmead, located in south east London, in an effort to engage local communities with the environment.

Alphabetical has created typographic installations for the area, an AR app with educational and gaming elements as well as a brand identity for the area. The work has been commissioned by Peabody estate, which owns a majority of the area’s land. 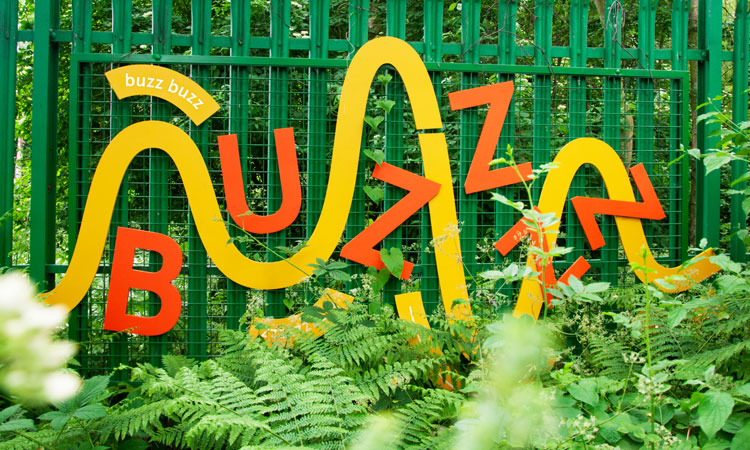 The project aims to make use of Thamesmead’s natural and sometimes undervalued natural environment, according to Alphabetical creative partner Tom Taylor.

“The key to the whole thing is engaging the communities,” Taylor says. “Historically Thamesmead has been a concrete jungle.”

The aim was to engage the local and diverse communities with the area’s relatively high level of green space, he explains, which includes five lakes and seven kilometres of canals. 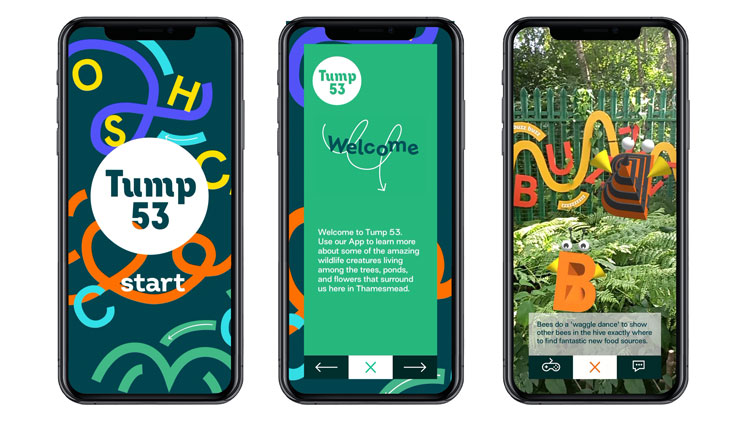 The design team worked with those communities, in particular local schoolchildren, to ensure they had “some ownership” over the resulting project, Taylor says. These workshops – which saw children interact with and replicate the noises of local wildlife – provided the basis of the design work, he explains.

Alphabetical has designed a visual identity for the Tump 53, a nature reserve in the Moorings Neighbourhood of Thamesmead. It has also created an installation in the undergrowth of the area’s Water Lily Walk which aims to encourage discovery. 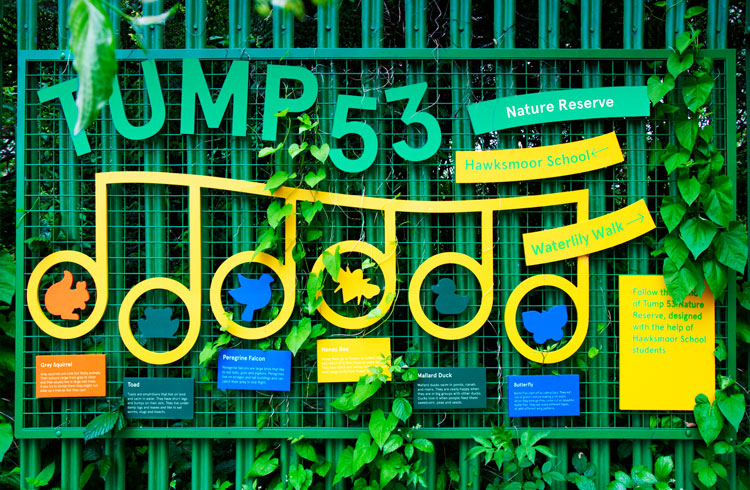 The colourful signage is made from recycled plastic bottle tops and reflects the noises and movements of local animals.

The hope is that children will mimic the sounds they see and use the app to find out more, Taylor explains. He adds that the tactile signage “encourages you to go into the bushes and reach through the trees”.

The accompanying AR app aims to be both educational and entertaining, according to the designer. Alphabetical has created the animation, animal characters and sound design for the app.

Parents can use their phone to hover over the typographic prompts and the words animate on-screen and introduce the animated creatures. These are accompanied by sound recordings from the children-centred workshops. 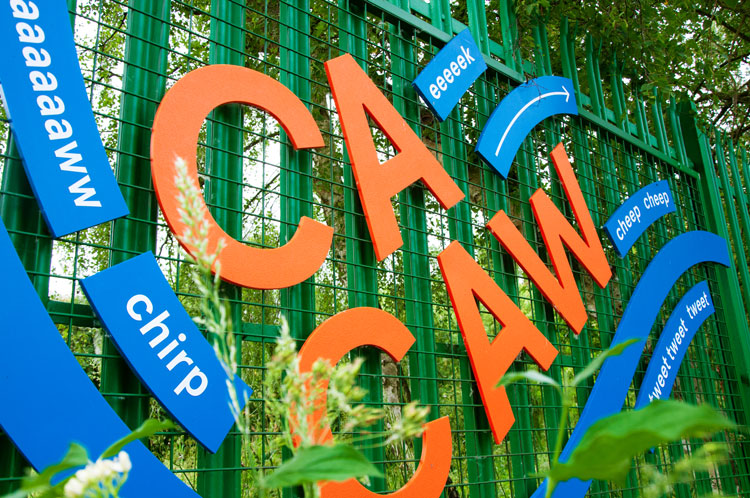 “It was about finding out what got the kids excited – when they were talking about how bees saw like this or the other facts we uncovered about the animals,” Taylor says. “There’s a nice element of discovery.”

Information about the different species is then displayed, such as the threats they face and what can be done to help them. Three games have been displayed which revolve around three animals: butterflies, bees and frogs.

One of those games applies a hexagonal filter that attempts to show a bee’s vision of the world, Taylor continues. People can take photos with the filter or simply observe their surroundings. Another points-based game is inspired by frogs. Children have to tap on objects as they fill the screen – either things that are safe to eat like bugs or pieces of litter.

“They’re really simple ways of dialling up the message of responsibility and learning about how to care for the animals that are in the vicinity,” he says. 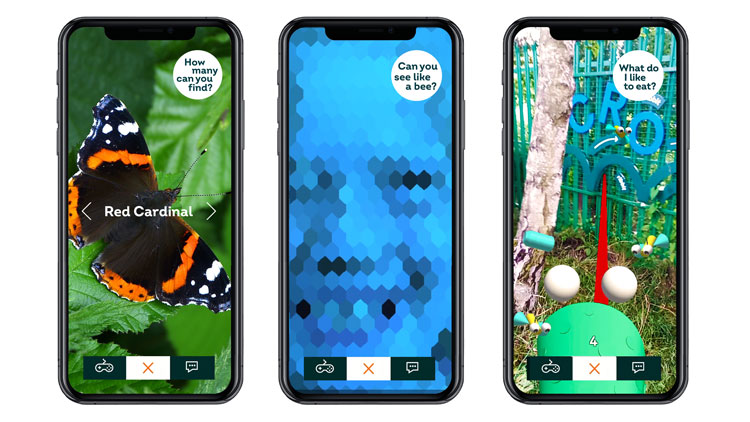 Though there are no immediate plans to build on the work, Taylor points out that future updates are possible, whether through additional signage or digital updates for the app.

“The scheme has been developed to inspire children on their own learning journey,” Taylor adds. “It’s a new, less didactic kind of approach.”