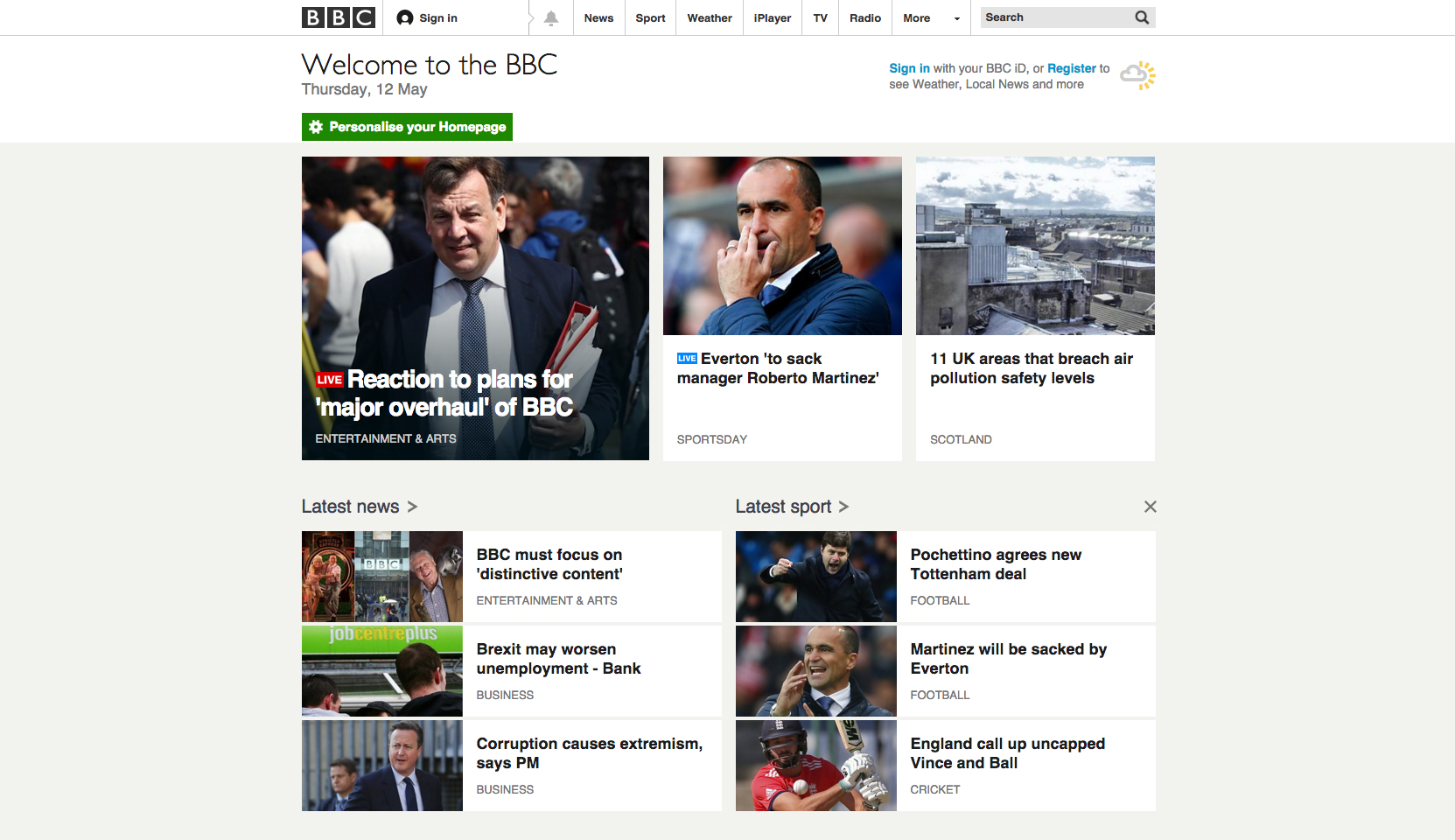 The BBC has launched a hunt for consultancies to join its digital services roster, which includes digital design and development.

The BBC says the four-year framework is valued at between £8 million and £25 million.

It is looking to appoint at least five consultancies to the roster.

Consultancies appointed to the roster will be invited to “call-offs” – or mini competitions – which the BBC says could lead to appointments to work on projects covering user experience and design, games and website build and support.

The broadcaster says there will be the opportunity to work across its departments, including News, Sport, Weather, Radio and Music and iPlayer.

It adds: “Suppliers may have the opportunity to provide services across a variety of bespoke internal staff-facing or other user-facing applications.”

The framework is set to kick off on 20 October and the deadline for applications is 27 June. For more information visit www.eventbrite.co.uk.

The BBC is still running a separate digital design roster, which was last retendered in 2014, when Clearleft, Complete Control, Magnetic North, Moving Brands, Tui Interactive Media, Somewhat and Public Zone were all appointed.