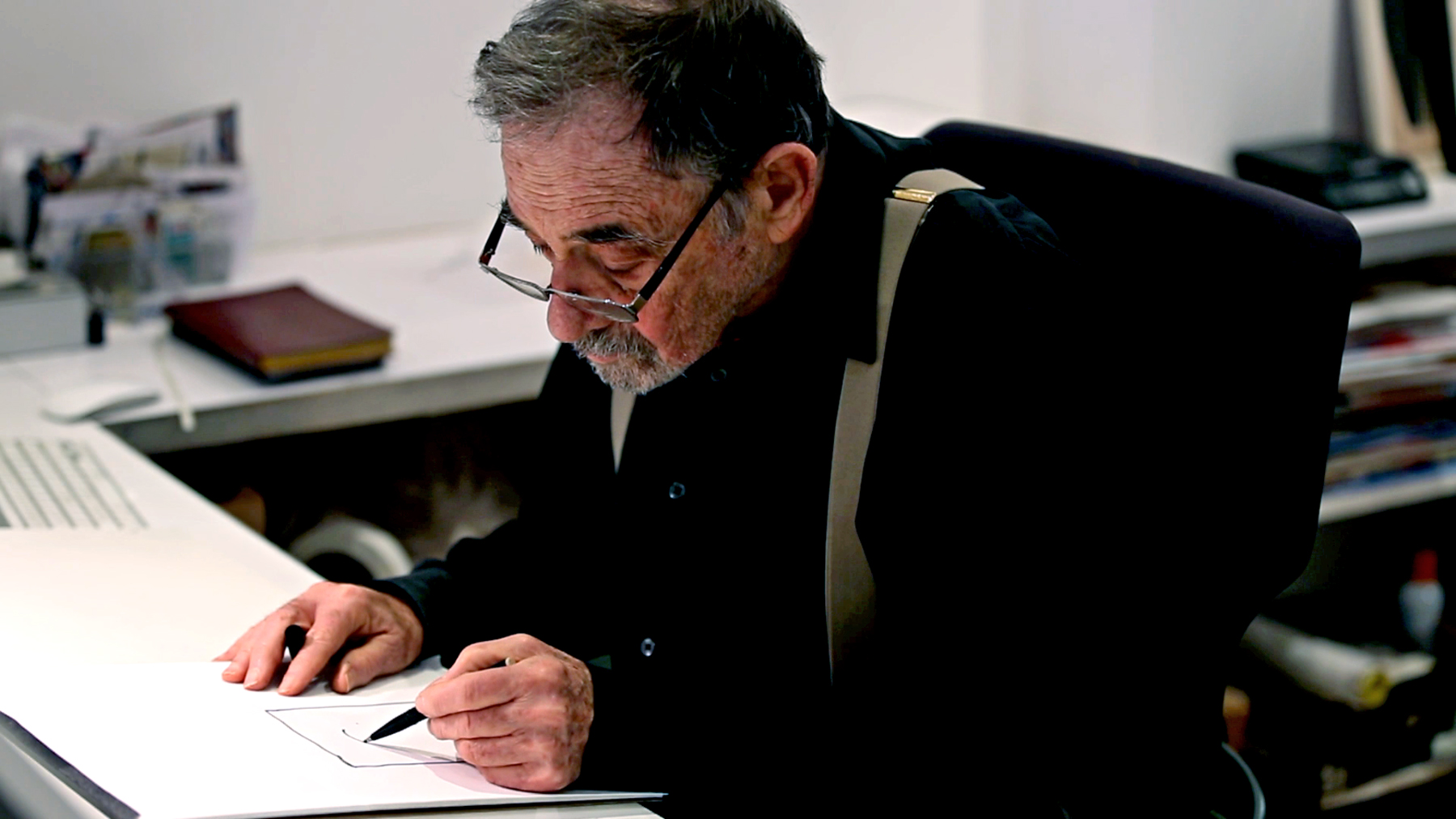 Legendary graphic designer Seymour Chwast has taken to Kickstarter to launch his new book At War With War.

The book brings together six decades’ worth of work from the 84-year-old Push Pin Studios co-founder.

The book – full title Seymour Chwast at War with War: An Illustrated Timeline of 5000 Years of Conquests, Invasions, and Terrorist Attacks – features 35 double-page spread illustrations showing wars from 3300BC to the present day.

Interspersed are contemplations on war from historic thinkers, including excerpts from The Art of War by Sun Tsu, The Complaint of Peace by Desiderius Erasmus, and The State by Randolph Bourne. 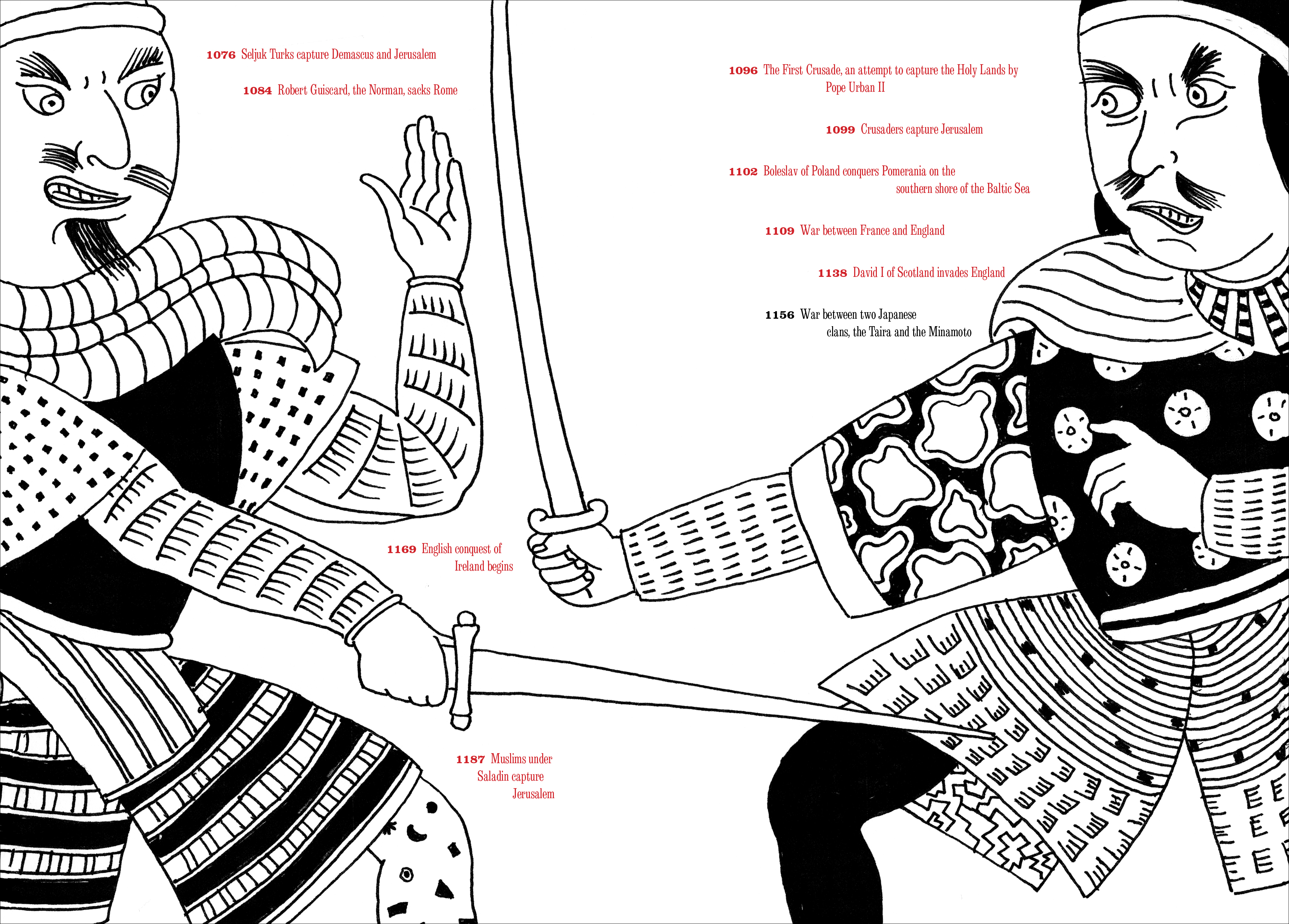 Steven Heller, the book’s editor, says: “Seymour’s desire was to present his reaction to war in its purest form. To put his gut on the page. To set aside his interest in colour and mixed media and use what would allow him to focus on the ideas alone: marker on paper; just black on white.

“His technique serves the content and the intention — to viscerally connect with the audience and bring front and center the horror and waste that is war.”

In this Q&A conducted by website Designers & Books, which is backing the Kickstarter project, Chwast talks about why he is drawn to representing war and how the book came together.

Designers & Books: You’ve addressed war in books and posters throughout your career. What keeps attracting you to it?

Seymour Chwast: It’s the ongoing relentlessness of the thing, the seemingly never-ending urge to resolve disputes with deadly conflict, century after century. That’s the nagging notion through the years that keeps bringing me back to the subject of war. 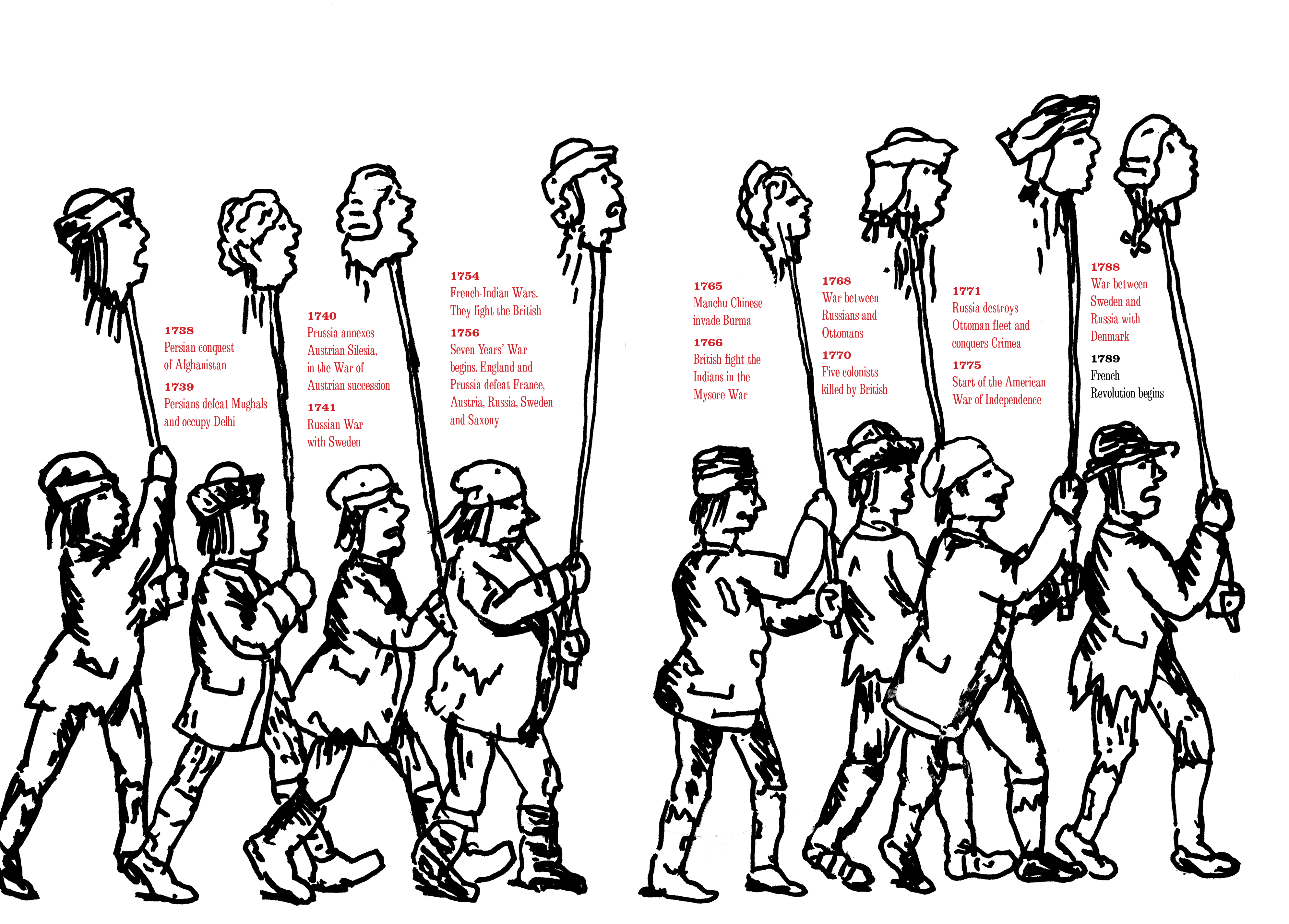 D&B: How did you decide on the specific 394 wars featured in the book? Who does your research for you?

SC: I do all my own research. I now have a detailed knowledge of where to go on the Internet to find out all about wars and their details. And I had a head start from an earlier piece I did. 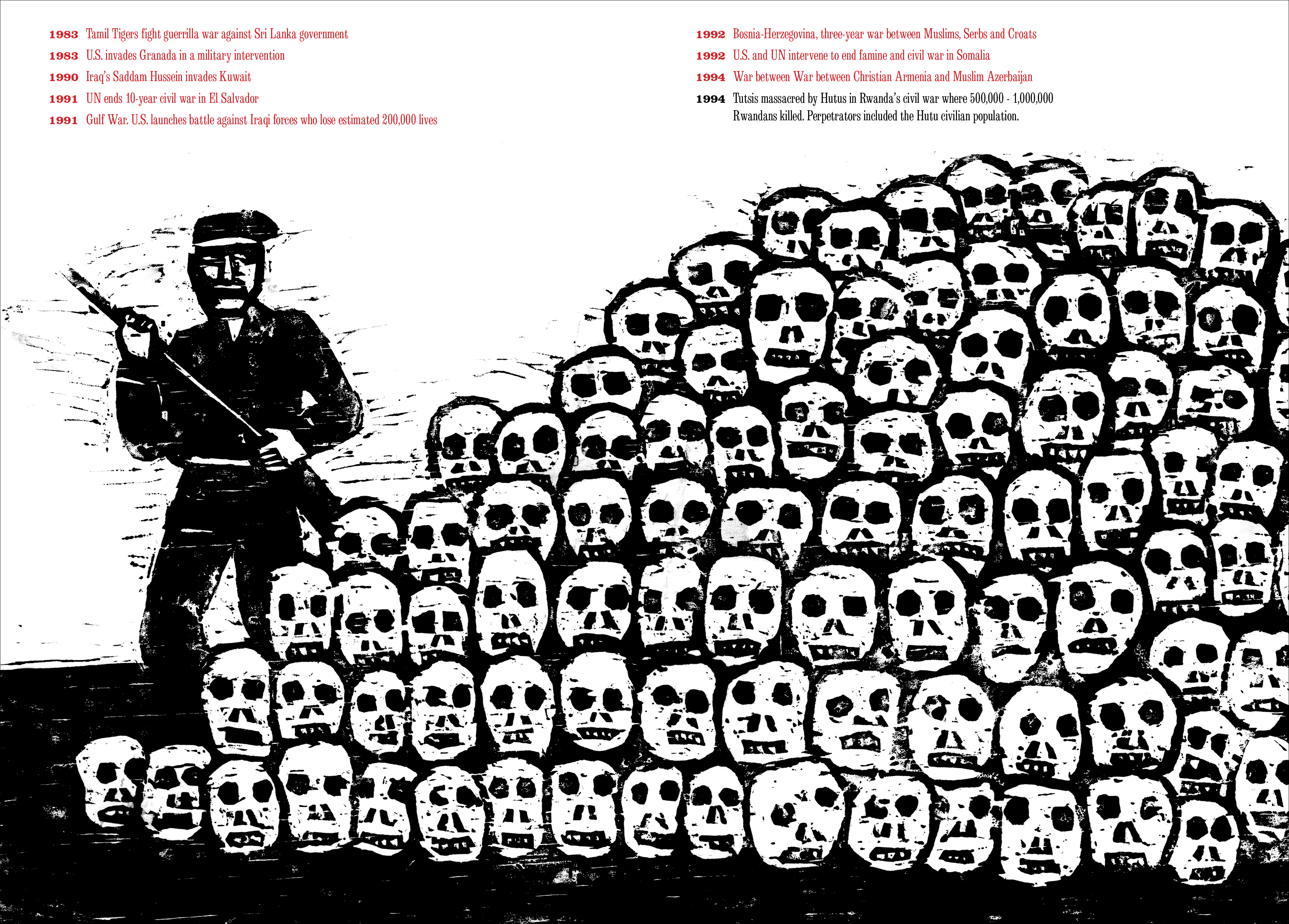 SC: In a subject so disheartening and dreary and without hope of a happy ending, I had to find an element of artfulness somewhere.

I chose those where the settings and “actors” appealed to my aesthetic interests – and those that seemed to dramatise the overall content and intentions I had in mind. 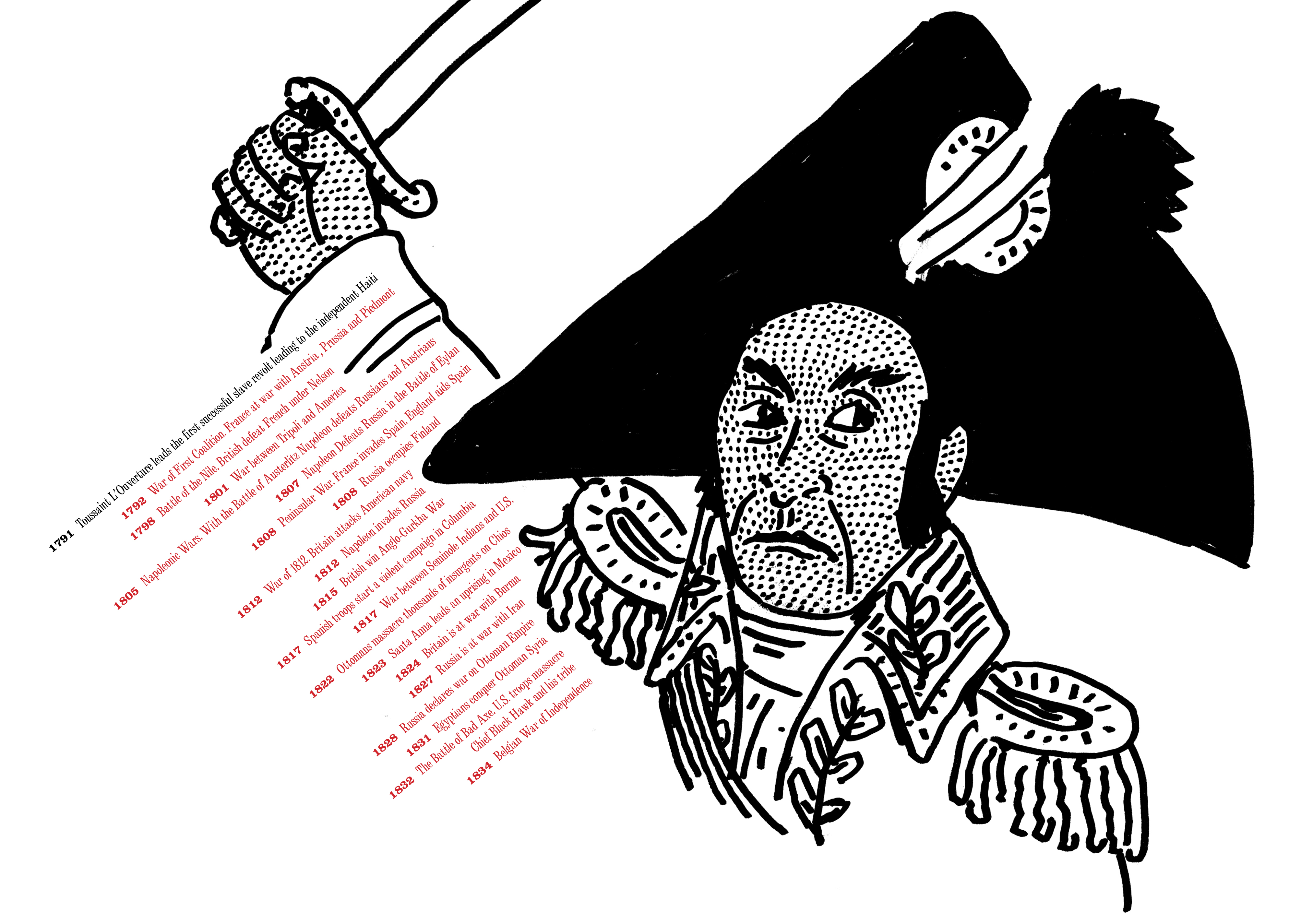 D&B: It’s a long title. Sounds like a compromise?

SC: We battled over it. I had a different idea initially, and I was reluctant to let that idea go. But in the end I agreed that the book is personal; it follows the idea of illustrated timelines that I’ve used previously in other work I’ve done; and it addresses war in all its various incarnations.

So while perhaps not the most graceful title ever, it’s perfectly apt. And yes, a compromise. But in a way that’s precisely the idea of the book. Compromise would have been a way to avoid many of the wars cited in this book. 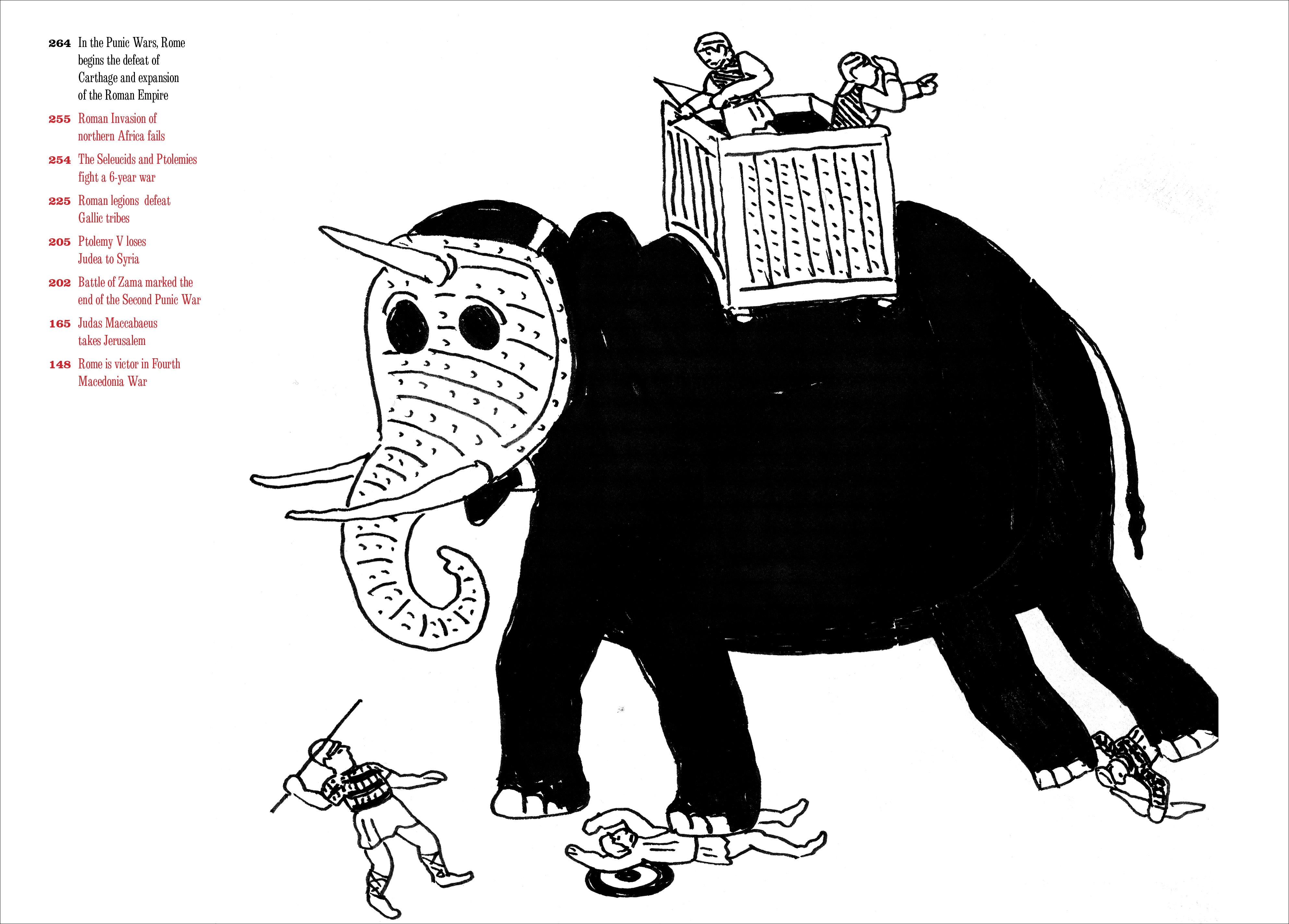 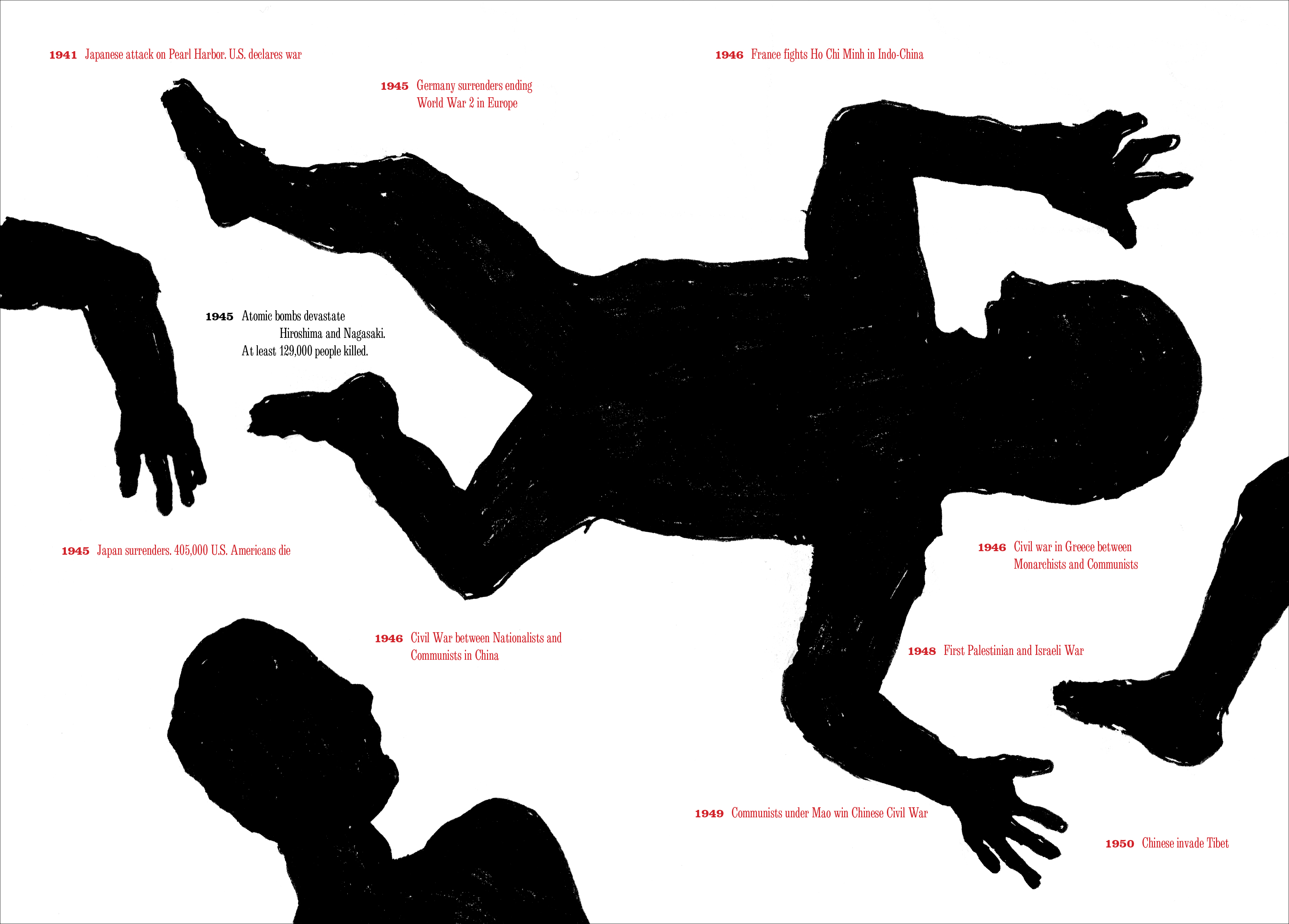 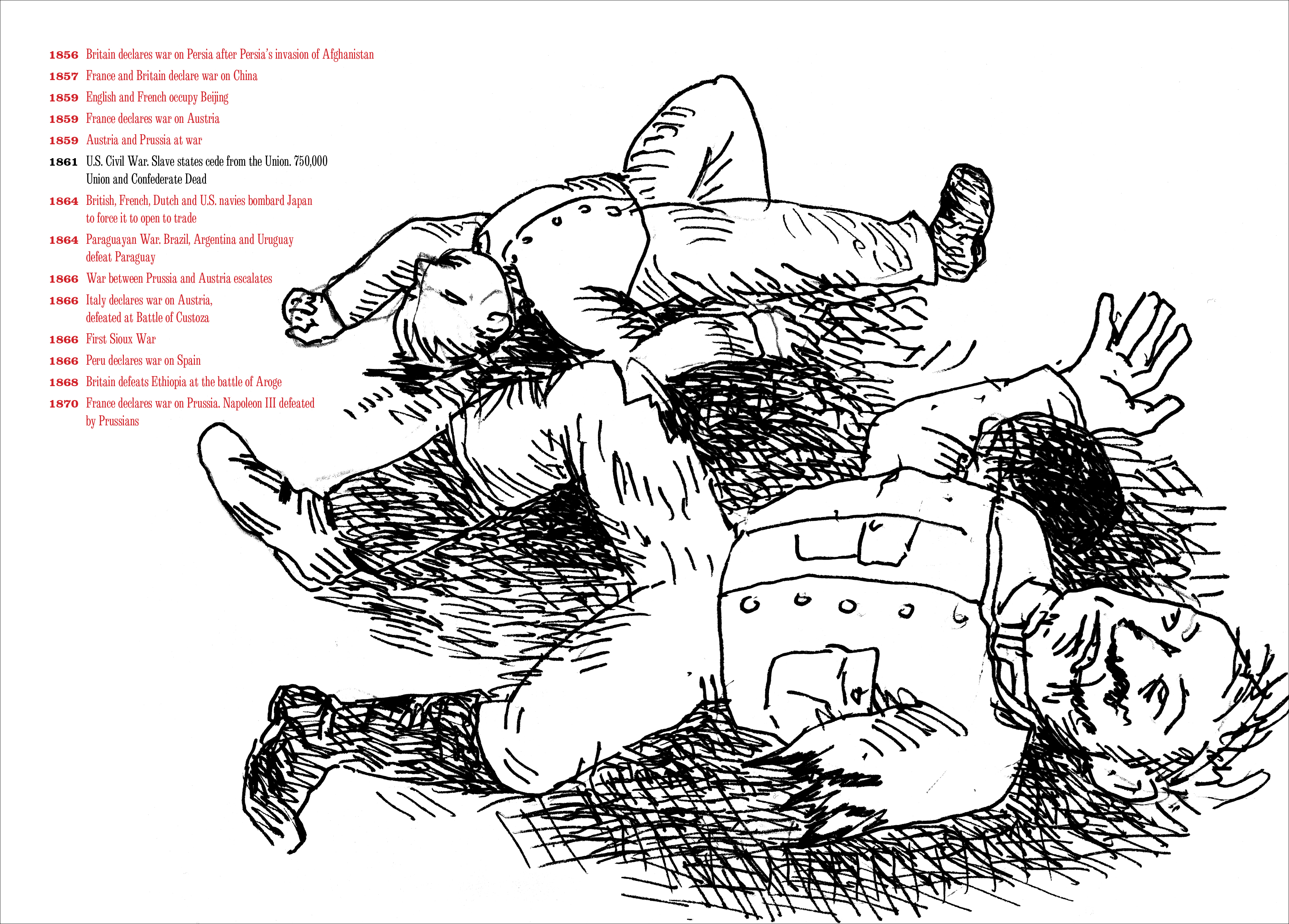 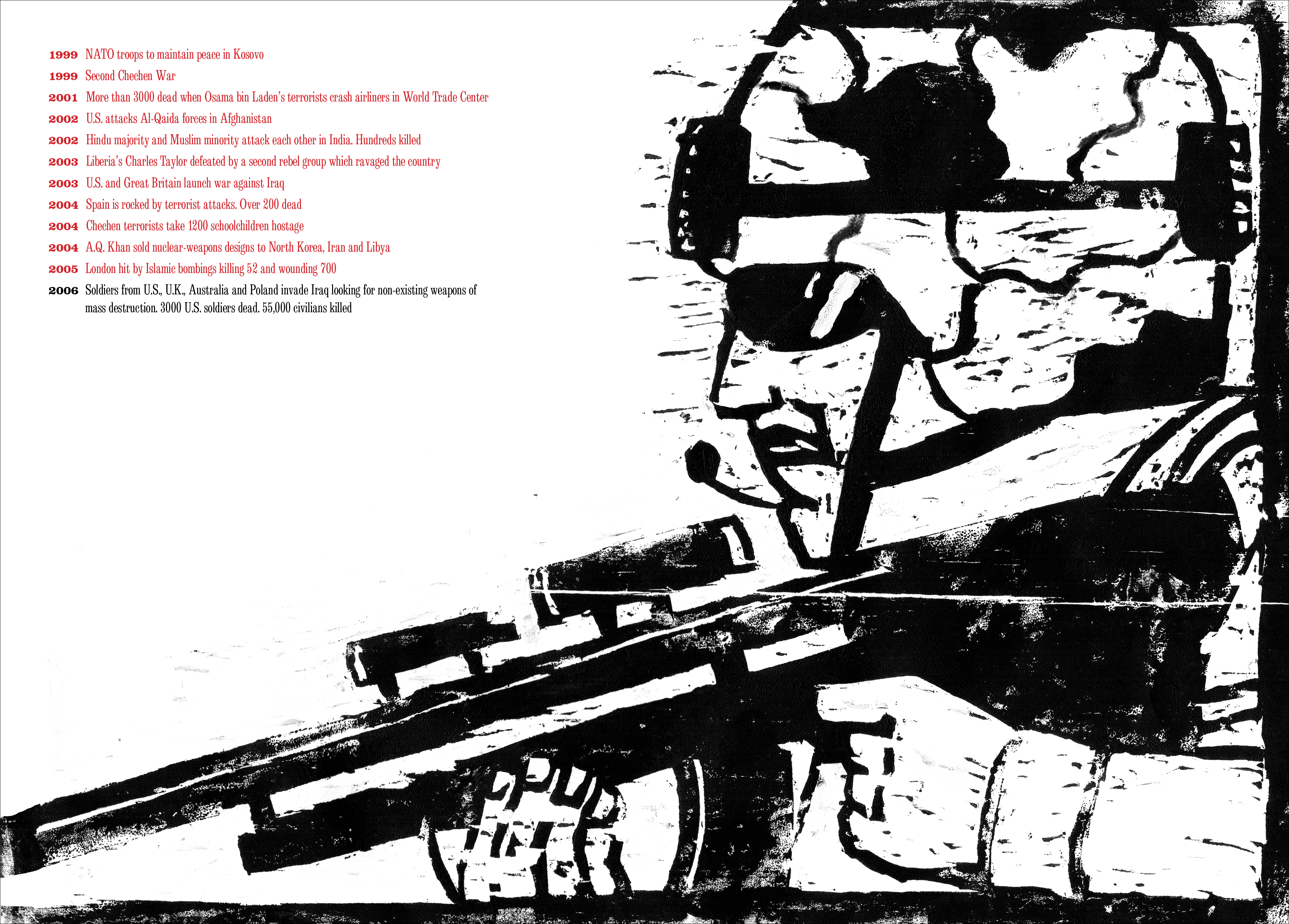 Seymour Chwast: At War With War has launched on Kickstarter at www.kickstarter.com.