Musician and designer Tom Vek has unveiled plans for Sleevenote, a portable music player which hopes to lead “the digital album artwork revolution”.

Unlike most traditional music players, Sleevenote is square – designed to mimic a physical album. At 16cm wide, it is slightly bigger than a CD and just smaller than a 7” record sleeve. 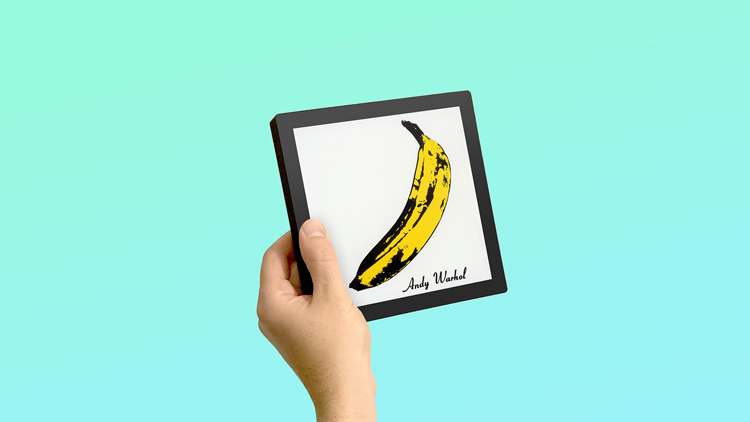 It has a retina-standard touch screen which lets people view album artwork full-size as they listen, and there are playback buttons along the top. The device has Wi-Fi and Bluetooth so that it can connect to speakers, though you can also listen through headphones.

The product is being launched on fundraising platform Indiegogo with a target goal of just under £500,000. The project hopes to find 1,000 backers to put the concept into production (meaning that each device has a cost of around £500), with an estimated shipping date of October 2021. 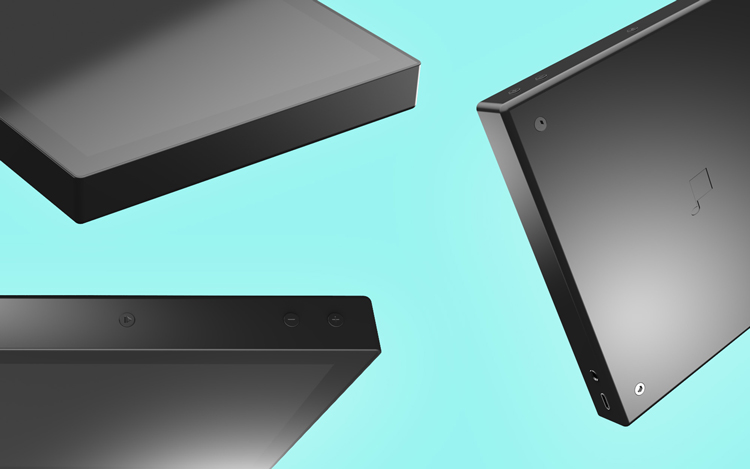 Known primarily as a recording artist, Vek has also designed the artwork for all of his albums. On the Sleevenote device and accompanying app, he has collaborated with Bryl co-founder and interactive designer Chris Hipgrave.

Artwork is so important to albums as it gives them their “character”, Vek tells Design Week. For example, the track listing found on the back of albums is like a “navigation for the record”. It helps listeners know where they are and tells the story of the album, he says.

While Apple’s iPod helped to drive music into the digital age, its dimensions did not show off visuals in the best way, Vek says. Sleevenote meanwhile is designed to put the focus onto the album art.

The product also has a thickness to it which means it feels like a “hardback book”, he adds. It can stand up on its own while concept images show it as part of a coffee table set-up.

This part of the design was about making the device a part of a social setting, Vek explains. He hopes that Sleevenote can recreate the act of flipping through someone’s record collection – a more enjoyable and less daunting proposition than choosing from an endless collection of music, he adds. 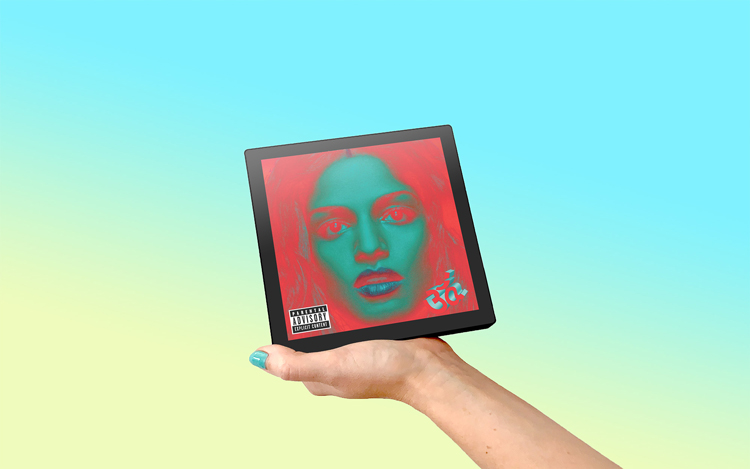 As well as the design of portable music devices, details of album art can become lost in the digital age, according to Vek. He mentions how albums could previously have had “hidden tracks” but when they appear on iTunes, their title appears as “Hidden Track”.

“It feels like the rug has been pulled out of designers’ feet for the digital side of things,” he says. “Generally, there’s an apathy to digital products because control gets lost.”

Sleevenote would provide designers with a “blank canvas” to work with, Vek says, as the digital interface is a more accurate recreation of the physical artwork. In this way, it would do away with the “homogenous and uniform user experience (UX)” of streaming platforms, he adds.

How does the app work? 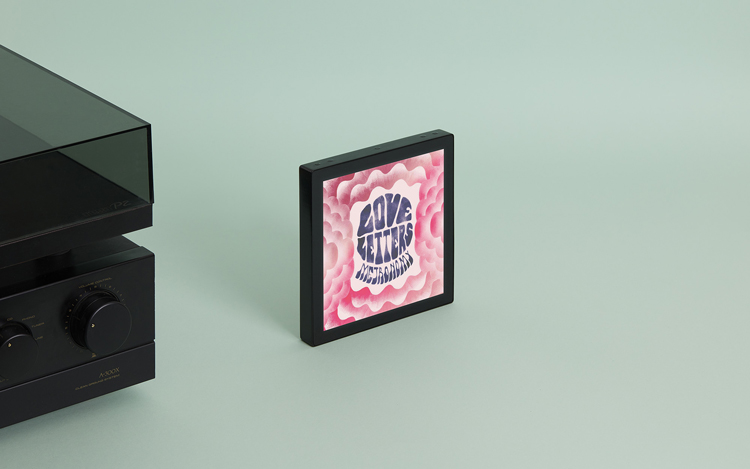 The Sleevenote device uses the app of the same name, which is available now for free and can be used on any iOS device. “It’s all about browsing exclusively via album art,” Vek says.

A pinching movement lets you zoom in on covers, while swiping right lets you interact with the tracklists. The emphasis is also on entire albums – there is no feature to make playlists at the moment.

While you can scroll through the album artwork of your current musical library, Sleevenote’s catalogue of interactive back covers and booklet art is currently at around 1,000. The app also has a function which allows fans and designers to upload their own album art for releases.

The app is also only compatible with Apple Music and music that people have uploaded themselves. Vek says that a partnership Spotify is in “active development” while he’s also interested in collaborating with Tidal.

The designer says he is also keen to work with Bandcamp, a platform which lets artists upload and price their own music for sale.

You can learn more about Sleevenote on its fundraising page.

Stefan Sagmeister: “The latest negative tweet does not mean that we are living on the brink”