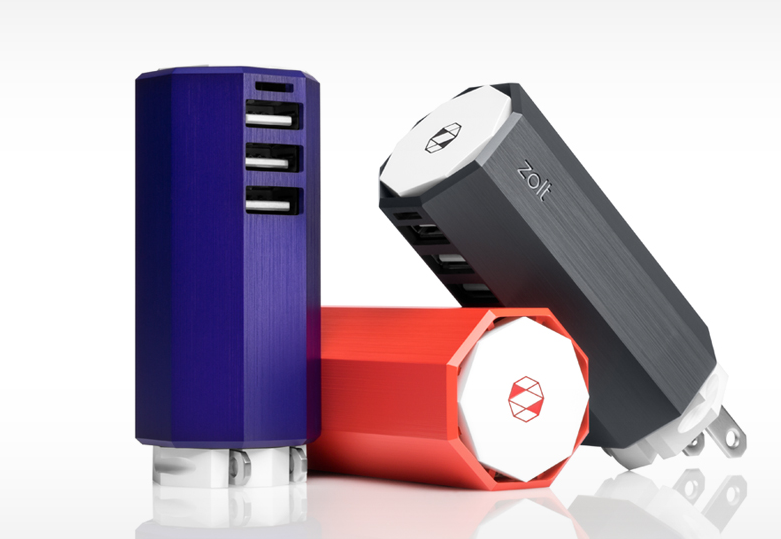 Yves Behar’s Fuseproject consultancy has developed the branding and industrial design of the Zolt Laptop Charger Plus, which claims to be smaller and lighter than any other charger on the market.

Zolt is a division of US electronics product developers Avogy and focuses its work on improving the efficiency of power systems.

The company claims that the new 70 Watt charger can charge two devices and a laptop simultaneously, yet it is only 93mm long and weighs 100g.

Over two years Fuseproject worked on designing the form of the product while the technology was being refined.

The octagonal solution allows for venting to be close to the heat source so that the product is cool to the touch. Plug prongs fold in and cables can be wrapped around its circumference.

Zolt says it can be used globally and regulates power to almost any connected device with its “Efficient Resonant Control” technology.

The product uses one AC wall outlet and can rotate up to 90° so adjacent power outlets can still be used.

Zolt says the design is an antidote to other market options which it sees as “unwieldy bricks” and says its product is compatible with 90% of today’s laptops.

Fuseproject has selected a colour palette which it says exemplifies the “electric, charged, buzzy” name it came up with. “Electric Orange, Ultraviolet, and Graphite” colours feature in the octagonal Zolt icon and on the product.

While the icon references the shape of the product, it also contains a letter Z to help build a link between the visual language and the product. Meanwhile the logo appears on the product and becomes backlit when the product is in use.

The packaging allows the product to be hung in a cradle within a box resembling a jewel case “in the style of a museum display,” according to Fuseproject, which wanted to present the “style and aesthetic of the product.” 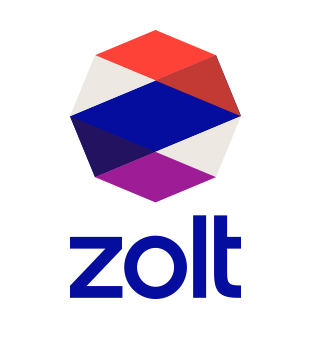 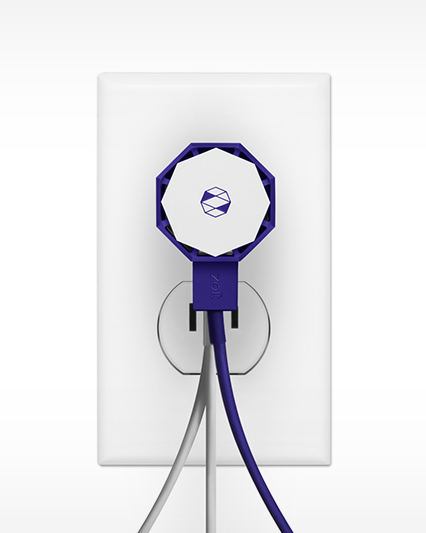 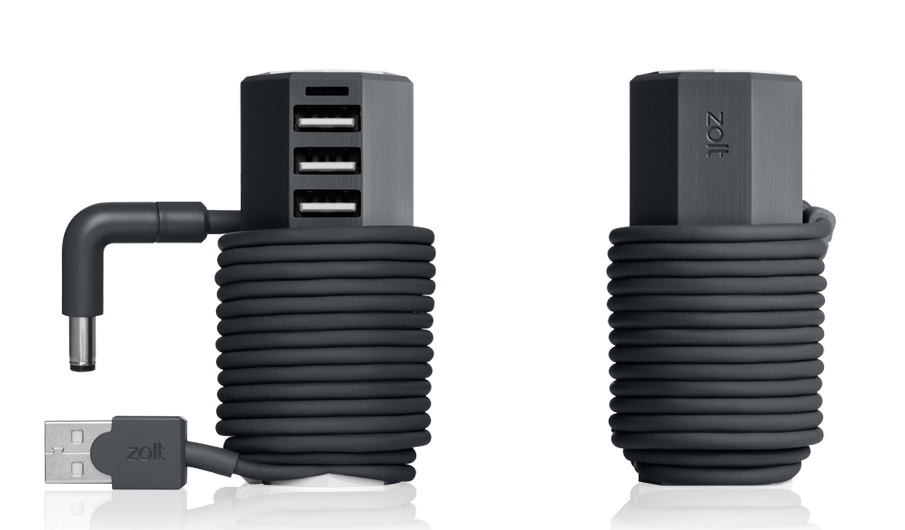 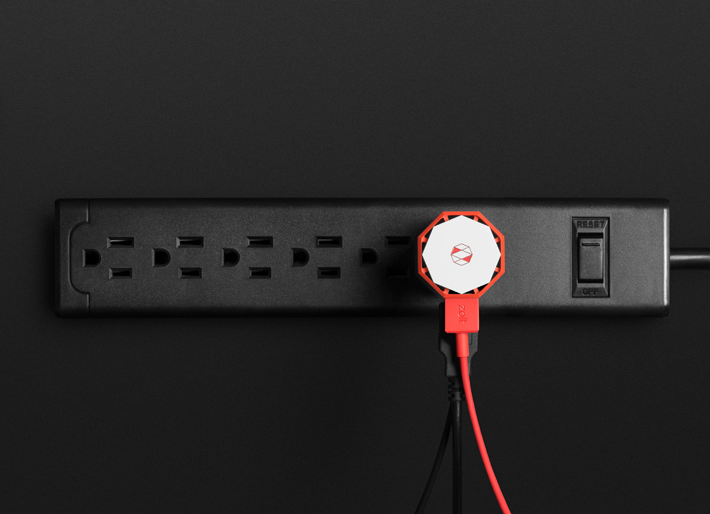 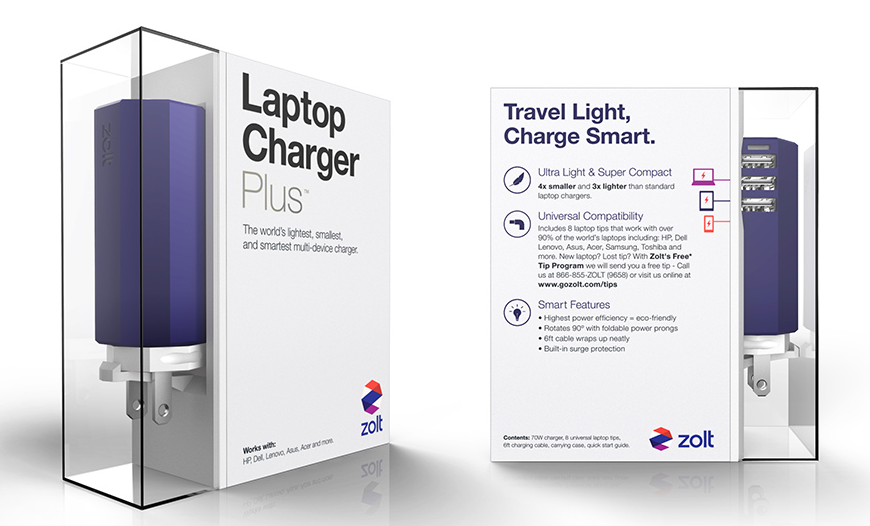