Recently voted Europe’s best tourist attraction, the Guinness Storehouse in Dublin tells the story of the 258-year-old brewery through a series of immersive visitor experiences spread across five floors.

As well as showing how the brand’s eponymous stout is made, the storehouse also features a selection of its advertising from over the years, and even gives visitors the chance to learn how to pour a pint themselves. The attraction pulled in over 1.6 million visitors in 2016 alone.

After creating the storehouse’s advertising floor in 2015 to cater to its rapidly increasing visitor numbers, Manchester-based consultancy Love has now designed another experience for the attraction – the brewing floor.

The experience aims to immerse visitors in the history and process of how Guinness is brewed, catering for both beer “novices” and “aficionados”, says Love. Sitting on the second floor, it follows on from the ingredients section and continues to apply the brand’s recognisable black and white colour palette seen throughout the visitor centre.

The 697m² space is divided up into five main sections dedicated to different stages of the brewing process: roasting; milling, mashing and hops; fermentation; nitro and quality.

An old, seven-metre kieve vessel – or mash tun – previously used by Guinness has been opened up so that people can walk inside it to see how the barley grains and hops are boiled.

A corridor leading to the second half of the space depicts the fermentation process, with pipes bursting out of the floor that feed into various temperature and pressure gauges, along with static light boxes that feature explanations of how the beer is fermented.

Towards the back half of the floor, the nitro section depicts the process developed by mathematician and brewer Michael Ash that enables each pint of Guinness to contain as many as 30 million bubbles, and gives it its “smooth taste”, says Sutherland. In a physical installation comprising an old kettle vessel, an infinity mirror and small, programmable LED lights, visitors find themselves surrounded by thousands of bubbles.

The final section details the quality checks and tests that the beer undergoes before being declared fit for consumption. It aims to showcase the “human story” behind the brewing process compared to the heavy focus on mechanical processes throughout the rest of the experience, says Sutherland. The centrepiece of this section is a giant clock permanently set to 10am – the time that a panel of six to 10 Guinness testers taste the latest batch of beer each day.

Alongside the largescale installations such as vessels seen throughout the space, the consultancy was keen to create a “mixture of physical and digital experiences”, says Sutherland, and has incorporated several large screens and smaller iPads showing footage of the brewing process. 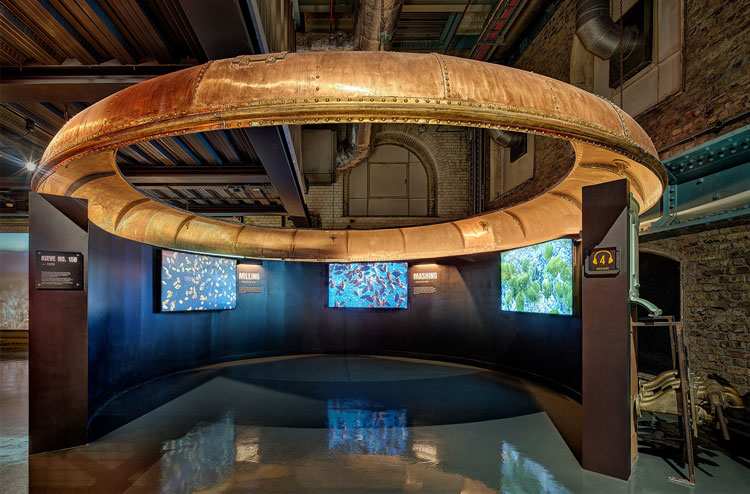 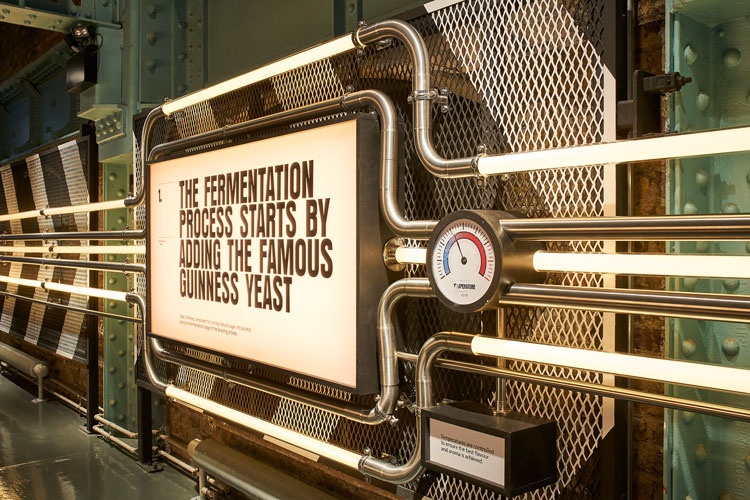 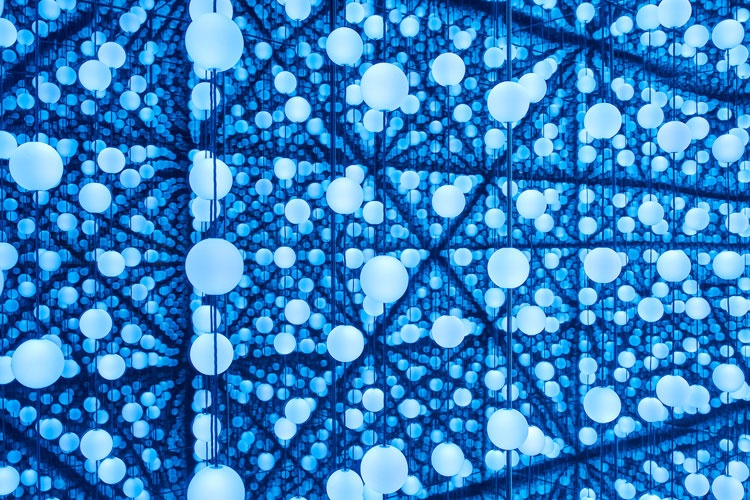 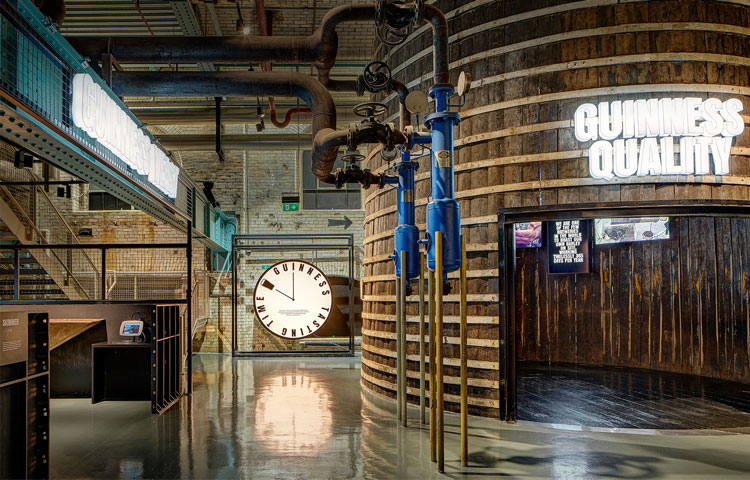 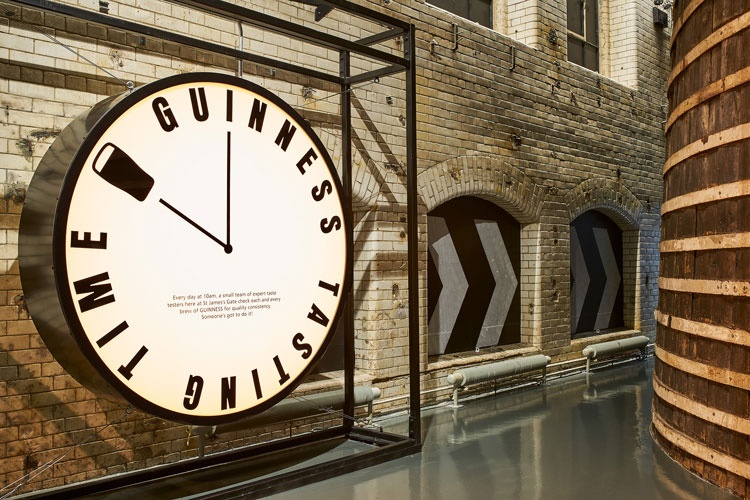