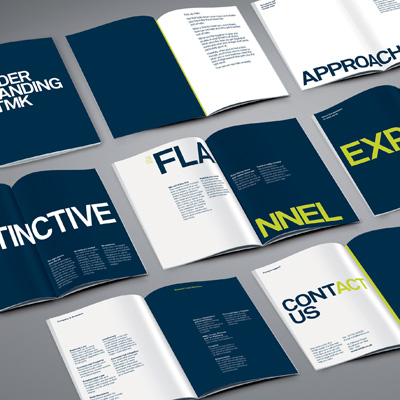 The consultancy was appointed directly to the work about three months ago, according to Curious strategy director John Hall.

The consultancy says the aim of the work was to reflect the Southend-based firm’s ’anti-boring lawyer stance’. Hall says, ’They have a personality as a firm which is quite different from most others.’

The consultancy says it has aimed to use a ’plain-speaking’ language in copy, along with ’understated playfulness’ in the typography.

Curious says it has aimed to ’create the right balance between the firm’s position as a serious player in the market, while tonally expressing its commercially minded character’.

Curious has created the main BTMK identity, alongside collateral including a brand book, a website, printed material and signage for the firm’s new premises, which it is moving into today.

Hall says Curious will continue to work on developing further collateral for the company as the brand rolls out.

Godfrey Mather, chief executive of BTMK, says, ’Curious understood exactly how we wanted to present ourselves. It’s made BTMK come to life.’