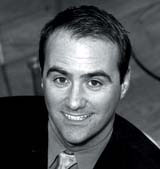 British Airways is axing its head of design position and dissolving its design operations, Design Week can exclusively reveal.

As part of a swingeing, cost-cutting exercise, involving the removal of half of BA’s senior managers, the design management team will be broken up and subsumed into the Product & Service Development and Brands & Marketing Communications departments of the airline. BA head of design Mike Crump (pictured) has taken redundancy and is exploring future opportunities.

Crump has been involved in the development of design management at BA for the past 15 years, taking over the head of design role from Chris Holt in 2000. ‘The changes taking place at BA make sense from a business perspective, but it is disappointing that they have decided not to have a leadership position. There is no holistic view of design across the whole business,’ says Crump.

A spokesman for BA says it is ‘too early to say what roles and how many people’ from the four-strong design management team will be taken into the other departments, as the restructure at the manager level will not be finalised until April.

‘At this stage the shape and role of how design fits within the [other] departments of the airline is still being worked upon,’ says the spokesman. ‘However, the recent reorganisation means that the head of design role and the design management team will no longer continue to exist in their current form.’

According to Crump, BA recognises the importance of design, but, he says, ‘they can’t justify keeping a head of design position and are prepared to take the risk that they can manage the brand [without it]. ‘It is a short-term reaction and I worry for its future.’ Crump is among some 200 senior managers taking redundancy this month, but has agreed to extend his time at BA to help structure design into the new organisation and tie up current projects, including the launch of the new Club World, which is due this summer.

The redundancies at BA were instigated by incoming chairman Willie Walsh in December last year as a means to save £300m in employee costs. A further 30 per cent of middle managers, almost 400 employees, are also set to go by the end of March 2008.

• Projects include: first flat bed design in 1996; Club World flat bed in 2000; the redesign of Concorde’s interior in 2001 and the introduction of the Julien Macdonald-designed uniform to 30 000 staff in 2004

• Mike Crump worked in design management for BA for 15 years, replacing Chris Holt as head of design in May 2000

• Following Crump’s departure, the design management team will be broken up and integrated into other BA departments

Use some strong language