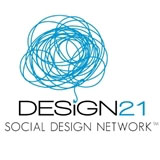 The first in a series of annual international design competitions has launched with a trio of briefs asking designers to meet social needs.

Design 21: Social Design Network has been formed to create links between non-profit organisations and designers. Called Design It, the competitions are being run in partnership with Unesco and offer prizes worth $10 000 (£5275) for ideas around the themes of global warming, children and emergency relief.

The first prize in each category wins $5 000 (£2635), with each competition giving out a total prize fund of $10 000. However, an exact framework for intellectual property ownership and designer remuneration are yet to be decided, according to Jacqueline Khiu, design and media network manager at Design 21.

The Global Warming competition is seeking ideas for an educational campaign that will raise awareness of the issue. The Children competition is asking designers to create an object that will encourage children to cultivate their own creativity, while the Emergency Relief brief seeks designs for temporary shelters to be used in natural disasters. ‘The idea is to share ideas around how design can respond to environmental and social concerns,’ says Khiu.

It is hoped the concepts will be compiled into an informal library at Design 21, which will allow networking opportunities between the non-profit sector and the design community.

In coming years the competition will seek answers to real-world briefs based on social issues, according to Khiu.

Art on your sleeve