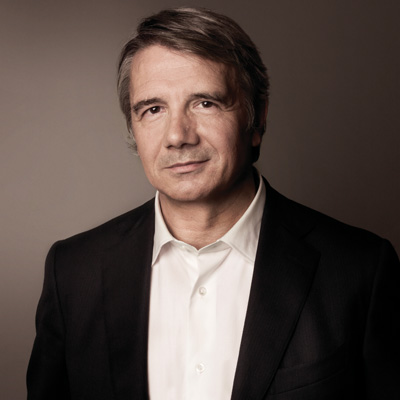 Lotus, once one of the jewels in the UK’s automotive crown, has been struggling for survival for more than a few years. Rather than throw in the towel, Malaysian owner Proton decided to invest heavily, recruiting an impressive team from rivals such as Ferrari, Porsche and Mercedes that are reinventing the Lotus brand.

Among them is the group’s first design director Donato Coco, poached from Ferrari, where he had been design director since 2005. At Ferrari he succeeded in turning around a difficult situation in which the outsourced designs (from consultancy Pininfarina) were increasingly uninspiring. He was key to Ferrari’s stunning return to form that was the 458 Italia.

Previously, Coco had spent most of his career at Citroën, where he is particularly proud of the C3. He reinvented this model’s classic lines in a modern way, rather than resorting to easy retro.

Like so many senior automotive designers, Coco is a graduate of the Royal College of Art’s vehicle design course (back in 1984), but his path to cars took a circuitous – though influential – route through the study of art, sculpture and architecture.

Since joining Lotus this year, he has been busy overseeing the creation not of just one model, but of a range of six new cars in under 12 months, a task which in normal circumstances would take many years. The results are five new sports cars – the Lotus Elite, Elan, Esprit, Eterne, Elise – and an upmarket city car concept.

’I always seem to find myself in unusual situations,’ says Coco with a wry smile. At Ferrari there was a design department of two, which he says was like being ’head chef, but with the ovens 300km away’. To taste the cooking meant jumping into a Ferrari and driving up to Pininfarina’s studio in Turin. And once again, Coco has landed at a famous name with a minimal design department. He has quickly ramped that up more than fourfold to 65.

Coco sees himself very much as a design manager, but one, ’who likes to get his hands dirty’. He says, ’It is like being a conductor in that you know all the instruments, and you have been a trumpeter, or whatever. But you are the guy who has to make the sound right, and let the creativity around you emerge.’ llustrating this very point, the new Lotus Elite is a blend of two different designs.

With extremely tight deadlines and a lack of recent models, creating the new range for Lotus has been a bit of a ’bungee jump’ intothe unknown, says Coco. While Lotus does have one incontrovertible design classic in its back catalogue – the iconic Lotus Esprit, one of the legendary Giorgetto Giugiaro’s best designs – Coco says his inspiration comes from the great charismatic founders of each of the marques he has worked for (André-Gustave Citroën, Enzo Ferrari and now Colin Chapman), rather than the work of his predecessors.

For him, Lotus is ’a new British expression of exclusivity’, a car that is ’solid yet light, very sporty but elegant,’ and ’a sophisticated choice, not just a car for bankers’. It is about ’bold’ and ’eccentric’ in contrast to rival heritage brands, which he says seem like ’Greek temples’.

Amiable and calm, yet with a cheeky glint in his eye, Coco is clearly a bit of petrol head. As well as the company car (a Lotus Evora), he has an old Fiat 500 that belonged to an aunt and a classic 1981 Alfa Spider. ’In ivory, bought from an old lady in Switzerland,’ he says proudly. But he is even more passionate about his ’eight or nine’ classic motorbikes. ’I always say it’s the last one, but don’t believe me.’ And does he collect anything else, such as art? ’What do you mean? The motorbikes are pieces of art – I have them in my living room and in my kitchen,’ he answers with a smile.

Italian-born Coco says he’s always felt like an immigrant – always with a suitcase packed, ready to leave. But if he can work the same magic as he did at Citroën and Ferrari, hopefully that suitcase can be left to gather dust.