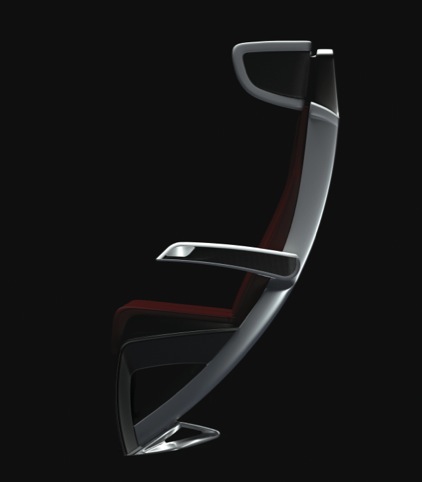 The seat, which made its debut at the Hamburg Aircraft Interiors Expo, ‘will soon be flying with its launch customer’, says Optimares.

The Sabre seat features a carbon-fibre semi-fixed back shell, with only the headrest portion of the seat moving back in the reclining position. 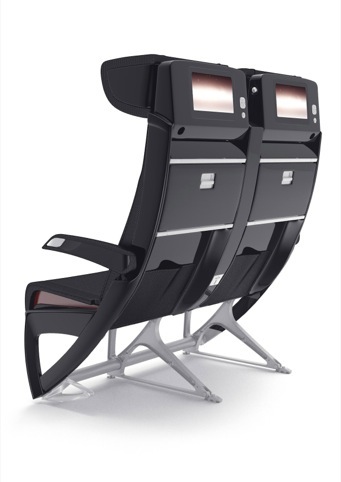 The seat pan and lumbar area, meanwhile, moves forwards and gently down which, says Factorydesign, ‘offers the passenger higher than typical recline angles, while shin clearance remains constant, inviting the passenger to stretch their legs underneath the seat in front’.

Factory says the seat design ‘allows the passenger to enjoy a constant personal space throughout the flight, regardless of the reclining position of the passenger in front’.

The only movement visible to the passenger behind, according to Factory, is a slight movement of the monitor, which won’t affect the visibility of the screen.

The consultancy says the new seat ‘removes the claustrophobic effect of previous generations of fixed-back seats’.

This is what goes inside a jumbo jet