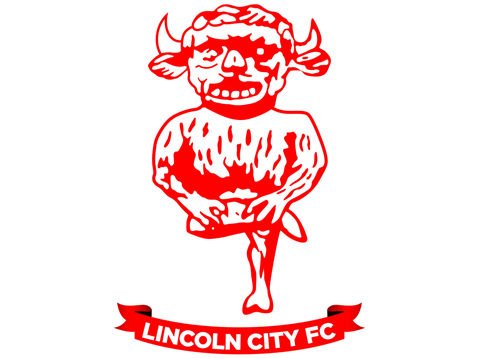 The imp, a symbol of the city of Lincoln, had undergone a number of changes and has appeared as its current incarnation since 2001.

In June the club celebrates its 130th anniversary and says that while it is difficult to pinpoint when the team were first referred to as ‘the imps’, a reference was made in the Lincoln, Rutland and Stamford Mercury in 1912.

The club worked  on the new identity with Stevenage-based consultancy Alchemy Creations, which it has a long term relationship with.

Alchemy Creations director Paul Millard says, ‘They came to us with the idea saying they wanted the old imp and gave us this very old drawing to work from.’

Alchemy redrew the imp and created several other routes of exploration, but Lincoln City chose this simplified version without a shield.

The Conference National club, which was relegated from the football league, hopes that its new look will recapture the spirit of successful teams in the 1970s and 1980s when it says it experienced ‘record breaking success under [future England manager] Graham Taylor.’

Lincoln City FC general manager John Vickers says ‘While it’s always good to look back and reminisce, I like to think of this as a new start for the club and a chance for a new generation of supporters to embrace an element of our history and help take the club forward towards future success.’

The new crest will be applied to the 2014/15 season kit, as well as club stationery, marketing material and new lines of merchandise.