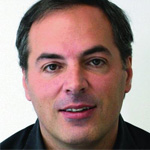 ‘I used to like Anthropologie when you could only shop at it in the US, and now some of its magic has gone because it’s over here too. Years ago driving through France I happened upon a sports shop called Athletes Foot… but maybe not them. And then there was the hilarious Sisters Chicken and Biscuits in Columbus, Ohio that I used to frequent… maybe not them either. So I guess it would have to be Agip, the Italian petrol brand, with its six-legged fire-breathing dog logo. When I was a kid my parents would drive to southern Italy (in three days) and we’d stop at their service stations in the midsummer heat and have great pasta, gelato and espresso. I’m sure the car ran better afterwards…’ 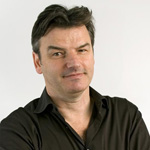 ‘We travel worldwide to see the best of everything so my list is not one but four: United Arrows in Tokyo, Eataly in New York, Merci in Paris and Illums Bolighus in Copenhagen – all stores with a point of view and great, great product. Design is not obviously apparent in any of these brands, but subtly supportive of the total experience.’ 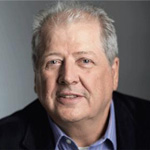 ‘Trader Joe’s would bring some much needed competition to Britain’s top grocers. TJ’s is much that they are not; authentically local and seasonal;organic and fairtrade without the patronising sanctimony; a jolly shop full of character, and cheap too. Ask yourself when, just because it was cheap, you last left Sainsbury’s with a smile on your face!? Crate And Barrel, George Segal’s concept is as good today as it was 50 years ago. A concept that has successfully survived changing homewares styles as a result of superb merchandising and innovation. A genuine bringer of ideas to several generations of homemakers.’ 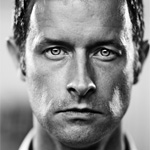 ‘I confess I’m not much of a shopper. But then my closest retail mecca is Croydon, so perhaps not entirely surprising (particularly this week!) When I’m in the mood though, I’m drawn to independent specialist stores. So Boekie Woekie – the artist-run shop in Amsterdam – would be very welcome. Brilliantly weird. Also Abode New York – a great homeware retailer in Brooklyn – has loads of lovely things too big to fit in my suitcase (but whose name suggests it may be up for migrating to other capital cities?)’ 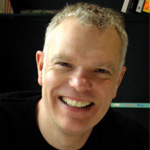 ‘The reason international brands make it big here is that they stick to the simple rules of retail – they tell their stories well, their clothes are well designed and their shops are bright and spacious. But today I want to see our own British brands to succeed, to see retailers who would support talented young designers and give them a platform to the high street, like YDE does in South Africa or Barneys in Brooklyn. The retailers who would showcase to the world what make London a true fashion capital.’