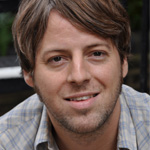 ‘Many Paralympic events are still perceived as secondary to the Olympic events. With the exception of the higher-profile Paralympic track and wheelchair basketball sports I would like to rebrand and raise the awareness of a few of the lesser-known events. Beginning with boccia as I’m still unsure exactly how to play it… Hopefully once we held the confidence of the Olympic commission we could tackle the more pressing issue of why the Olympic Games and the Paralympic Games are separate events.’
Tommy Taylor, creative partner, Alphabetical 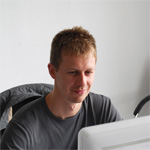 ‘Table tennis – a lively, fast paced, sociable game that anyone can play. No intense CV training or weightlifting to bog you down, just skill and precision and some wicked top-spin action. You can play singles, team matches or the legendary “killer table tennis”. Always guaranteed a laugh and doesn’t cost anything. Best of all, unlike all other sports, you can even have a few beers while playing!’
Andrew Stevenson, director, Tangent Graphic 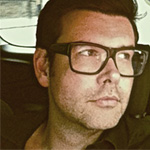 ‘I think there’s a great opportunity under the glorious 2012 Olympic Games to celebrate “sportsmanship” in business. Not those activities that require plimsols and vests. They are going to have plenty of attention. I’m thinking more the “sporting chance” afforded to the new outsider. The “sportsman’s bet” placed by colleagues to heighten excitement. The “good sportsmanship” of a well-run pitch. Perhaps the design industry can raise its game alongside the Games and make it a more exciting and fair competition to create the best ideas on the planet. (Something I’m hoping to champion if I’m elected to the D&AD Executive Board.) An Olympian challenge given the infighting, cheating and drugs rife in the creative industries. But surely worth flying the flag for. Come on Great Britain!’
Simon Manchipp, co-founder, Someone 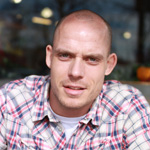 ‘I’ve always been into sports such as snowboarding and wakeboarding that would lose their appeal if “branded”. I think table tennis would be a good one to design a logo for, but would rather get a brief for beach volleyball so I can immerse myself in research.’
Simon Forster, creative director, Robot Food