UPDATE: Red Bull and Redwell say they have both come to an agreement. Both parties have announced that Red Bull’s request has been dropped, with the caveat of a remaining condition in place – that Redwell does not enter the energy drinks market.

Red Bull claims it has backed down from its naming dispute with The Craft Brewing Co after initially asking the brewer to ‘immediately withdraw’ its UK trademark for Redwell. 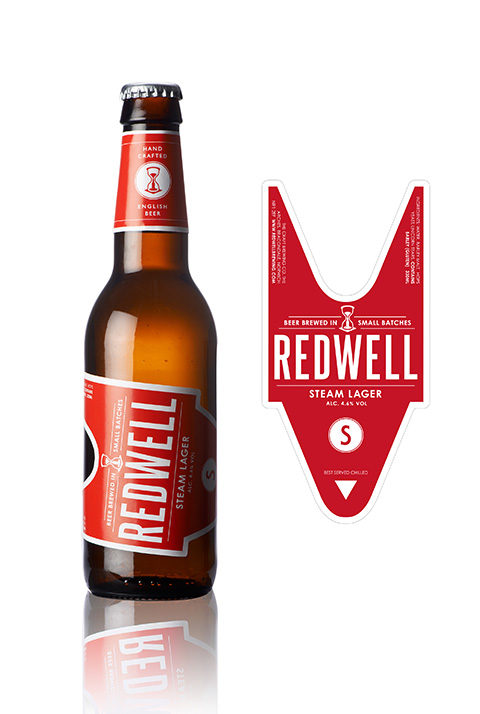 In a statement made to Design Week, Red Bull says, ‘There is no dispute here. Red Bull has long been willing to allow Redwell to maintain its mark for beer so long as they do not use it for energy drinks. Redwell’s solicitor has agreed to this.’

Patrick Fisher, owner and co-director of Redwell, says this statement ‘is inaccurate – and our solicitors haven’t agreed to anything’.

He adds, ‘They have begun negotiating and our solicitor is awaiting further responses on some clarifications that we need’.

This follows a report on Design Week yesterday revealing that the Redwell brand, designed by Norwich University of The Arts students, had come under fire from Red Bull, which claimed that the names of Redwell and Red Bull are too similar and would confuse consumers.

Red Bull, which had threatened The Craft Brewing Company with potential legal action, says it has reached an agreement and allowed Redwell to ‘maintain its mark’ as long as it doesn’t stray into the energy drink sector.

Fisher says, ‘We’re a craft brewery and have no intention of ever entering the energy drinks market’.

Benjamin Thompson, co-director of The Craft Brewing Co, argues that the design, as well as the name and the product, is completely distinct. He says that the trademark application was made ‘to protect the work the students have done’.

In earlier correspondence sent by Red Bull brand enforcement manager Hansjorg Jeserznik, Red Bull said, ‘The marks are so similar that this could rise to a likelihood of confusion in consumers. Moreover, the use of your trademark will take unfair advantage of, dilute and tarnish the Red Bull trademarks.’