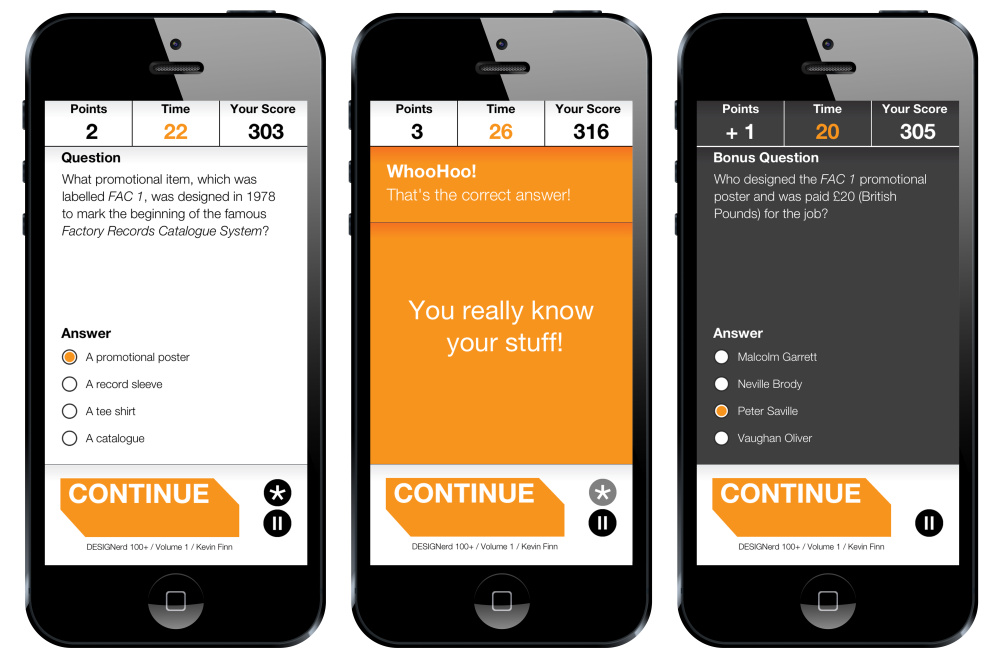 Finn says, ‘The essence of DESIGNerd is to gamify design awareness and knowledge – and to build a community around this.’

Finn himself, Stefan Sagmeister, and Steven Heller & Lita Talarico have set a load of questions, which can be accessed on the app in three volumes, (the first is free).

Each volume contains 100 questions plus bonus ones – which is why he called it 100+.

Quick Play and Full Play modes are both multiple choice, there is a Hints feature, a countdown timer – ‘to apply a bit of pressure,’ says Finn, and player stats so you can try and beat your own score.

Next to each question you’ll find a Did You Know? fact, which Finn hopes will deliver an ‘educational punch.’

Here’s a good one for you: ‘Did you know that Jonathan Barnbrook’s Masontypeface, was originally called Mansonafterthe serial killer Charles Manson?

‘However, the name was changed by Emigre Fonts, who distribute the font, after they received numerous complaints. The name Mansonwas originally intended to express extreme opposites.’

The series is a digital version of the DESIGNerd game which uses cardboard trivia cards.

DESIGNerd is available in the iTunes store itunes.apple.com and Finn has plans to launch it on Android later this year.