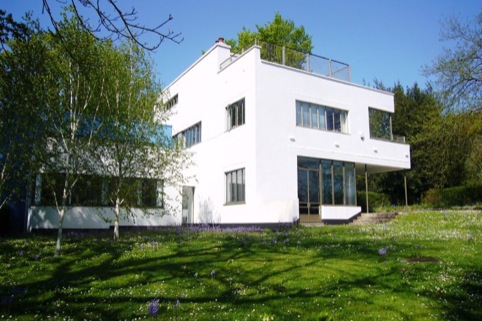 The home in Dartington, was designed by Swiss-American architect William Lescaze and completed in 1932, for William Curry, the first headmaster of Dartington Hall school.

High Cross House is still owned by the school but will be managed by the National Trust. It will feature an artist studio space on the first floor, and a restored visitor space on the ground floor.

Gendall was invited to present ideas alongside one other consultancy and won the contract ‘only last week’ according to Gendall design director Jason Salisbury.

The consultancy has been tasked with ‘telling the story of the house and the reason it was built, without interfering with its structure, or mounting panelling on walls,’ says Salisbury.

Period pieces of furniture are being brought in by the National Trust but some concessions will be made to practicality in the artist studio spaces.

Salisbury says a range of interactive solutions are being sought, including one idea with ‘tear-off’ printed materials throughout the space.

The house is expected to be open to the public by March.

‘If you could give the consultancy one piece of advice, what would it be?’