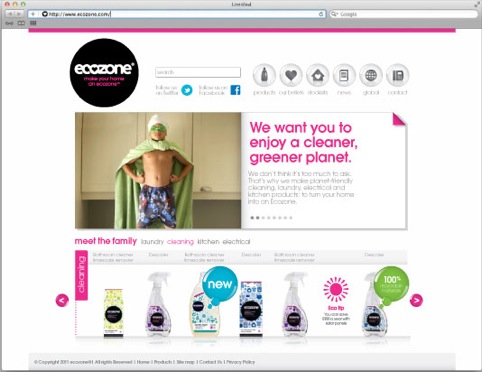 The consultancy says it has created the website to ‘combine utilitarian style and a playful attitude’. It says the site is developed around the brand’s positioning of ‘Make your home an Ecozone.’

Identica creative director Sam Stone says, ‘Our approach breaks with the traditional cues of green leaves and craft paper and proves that you can be eco-friendly and stylish.’

Identica developed new branding and packaging for Ecozone last March. The consultancy was appointed to this work after appearing on BBC product development TV show High Street Dreams in August 2010.

Identica chief executive Franco Bonadio says the rebrand project was carried out to better target what the consultancy calls ‘eco-dabblers’.